MacOS on external ssd faster than built in fusion?

Will my iMac 27” with fusion drive run faster if I move the system to an attached SSD? (The Samsung T5 for example).

In the latest iMacs the Thunderbolt 3 (USB-C) ports in the iMac offer up to 40Gb/s for Thunderbolt and up to 10Gb/s for USB 3.1 Gen 2. The internal bus in the iMac is much faster (3Gbps IIRC), so if the System resides in the 128Gb partition in the Fusion Drive then it will run faster, but I can’t tell you how much it seem to. Here’s a speedtest of the internal drive vs a slower SSD RAID config from a couple of years ago:

If you wanted to get hacky with a Fusion drive the fastest performance would be to ‘de-fuse’ it and running the SSD as a “standalone SSD”. Although it would only be 128gb that’s enough for the OS, apps, and basic accounts, with large files residing on the de-fused internal HD. Not something I recommend though.

The 1T on my iMac Pro filled up, so I moved my data to one of these. It’s quite peppy, and I don’t notice a difference from the internal drive. I did run a DiskMark benchmark on it, and can get the numbers soon. As a point of reference, I copied about 750GB of data to it in about 9 minutes. 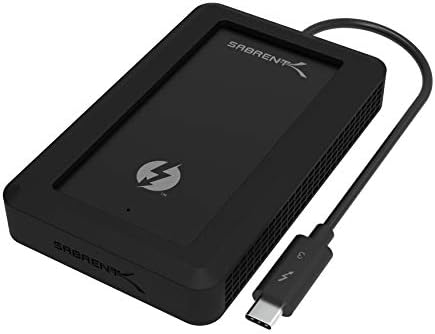 Depends on which fusion drive you have, 1tb or 2/3 tb. The smaller fusion drive has a SSD that’s too small. The 128gb drive in the larger models can be just as fast as a straight SSD if your working set is small enough.

That could explain part of the discrepancy.

Makes sense. The case of the ‘b’ makes all the difference.

And a byte is two nibbles

I always think they should spell it “nybble”, but oh well! In computing, a nibble (occasionally nybble or nyble to match the spelling of byte) is a four-bit aggregation, or half an octet. It is also known as half-byte or tetrade. In a networking or telecommunication context, the nibble is often called a semi-octet, quadbit, or quartet. A nibble has sixteen (24) possible values. A nibble can be represented by a single hexadecimal digit and called a hex digit. A full byte (octet) is represented by two hexadecimal digits; therefore, it is common to displ...