I feel sure that the availability of the video interview @MacSparky did with Nick Milo was posted here, but now I can’t find it. So here’s the link. 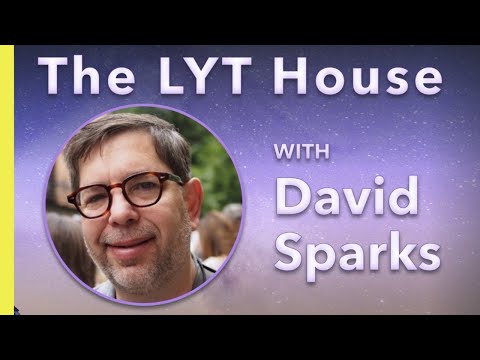 I loved it! I recently took a break from Obsidian, because I was trying to use it as an everything bucket and it wasn’t working. This video gives me some ideas how I might use Obsidian more effectively Or use some other tool to keep my information better organized.

I was also excited to see David mention “interstitial journaling.” That turns out to be something I’ve been doing much of the time (though not consistently) or a decade or so. I think of it as a hybrid journal and “have done” list. Sometimes it’s a full-fledged journal, with long, structured entries on events, thoughts, or feelings. For example, I kept a daily journal of our Africa trip. Also, today, I went through a routine medical procedure—I wrote up how that went in some detail, to remind myself when the procedure is due again.

Other times, I just make a quick note: “Talked with Adam” (my brother). “Finished the article about cheese manufacturing.”

I use Day One because it’s suited to quick entries like that, and I can also check in with locations, which is something I like to do. I wish Day One search was better—maybe the new owners, Automattic, will do something about that.

I was inspired in this journaling method by Isaac Asimov, who said he had been keeping daily journals since he was a teenager. These were simple recordings of events and actions—he said that when people came to visit they often expressed eagerness to read the journals, and Asimov encouraged them to do so, knowing they were so dull to an outsider that they wouldn’t last more then a page.

Later, Algis Budrys wrote a review of Asimov’s autobiography, and said it was structured like those journals, with every event, large and small, given equal weight. Asimov visiting the Division of Motor Vehicles seemed about equally important with Asimov’s record of the first time he was unfaithful to his wife.

Another thing I’d like to hear from David is about how DevonThink, Obsidian, and other apps work together. Oddly, I have found Obsidian to be NOT a great app for taking notes, perhaps because of the way I take notes, which is influenced by a long career in journalism rather than academia or amateur research.

And I want to hear more about SparkyOS. David’s been threatening for some time to do an episode, blog post, or field guide on the subject—I’m eager for it!

Asimov’s record of the first time he was unfaithful to his wife.

I had not heard the term “interstitial journaling”, but I’ve been doing it for almost two decades—but I call it “time tracking” or a “time use log”, using the terms I learned from older time management books.

Using the Minuteur app by Philippe Galmel, I start a stopwatch when I start doing something, and when finished I stop the stopwatch and quickly/concisely describe what I did and, if relevant, a brief comment about what I learned or experienced. The result is a time-use log with a tiny bit of reflection. I consider it to be git commit for my life (which is apt when you think about it—everything done really is permanently “committed”).

My time-tracking log is periodically imported into my calendar, where I have a fairly complete record of my recent life. Comparing the planned events in the calendar against the logged activities is, shall we say, interesting.

In what I call my “journal”, I do longer reflective writing, which is also extremely valuable, indeed essential. So I’m unlikely to adopt the term “interstitial journaling”, but I already do it: git commit for my life!

I was also excited to see David mention “interstitial journaling.”

In the meantime, I am waiting for the lazy days of retirement when I can pull out the journal hand-written in part in German from a 1970’s era high school class trip to Germany and see if I can’t remember what the card game was that we played back then as we hung around the tents at our campsite.

Interesting! How often to you review your time tracking/time use log? When do you do the reviews? Do you save the entries when you’re done?

I find my timelogging/interstitial journaling/whatever often turns into longer, more contemplative writing, which is why it seems to make sense for me to keep it all in one place.

A couple of questions and comments for @MacSparky on this excellent video:

Interesting! How often to you review your time tracking/time use log? When do you do the reviews? Do you save the entries when you’re done?

The frequency of export from the time-tracking app to my calendar is variable, between a month to six months. The log is permanently kept in my calendar and in a separate spreadsheet. During times when my time use seems more problematic, the export and review is more frequent: once a month or less.

One of the writers from whom I learned this recommended that one should track one’s time use for a week and then compare it against planned time use to troubleshoot issues.

I went further and turned the process into a continuous lifelong practice, with the addition of a little reflection in the log. I was inspired to keep going by the “quantified self” movement, although the only quantitative part is the time data, and the rest is qualitative.

I find my timelogging/interstitial journaling/whatever often turns into longer, more contemplative writing, which is why it seems to make sense for me to keep it all in one place.

For sure, there’s no one right way to do it! One way that my journal is similar to my time-use log is that everything in my journal is also timestamped very precisely (to the second), but every journal entry is a tagged separate file, whereas the time-use log is in tabular (spreadsheet) format. I will admit that I blew my own mind when I realized that I could import my time use log into my calendar and easily compare it visually against my planning.

Also, I loved peeking into @MacSparky’s “personal operating system”, sparkyOS, in this video. I could see a lot of myself in it.

Whoa! I just went to @MacSparky’s blog and discovered that, coincidentally, just yesterday he wrote about this topic: “Your Calendar as Both Planning and Archive Tool”: using the calendar “not only to plan future events but record older ones”. Obviously, given what I just said above, I couldn’t agree more with the title of that blog post. He and I really do think alike! However, I would advise against doing it exactly the way he does it: he retrospectively changes the planned events in his calendar. This allows reflection on the current day but prohibits longer-term analysis of the discrepancy between time as planned and time as used. For complete long-term honesty, I would advise not changing the planned events, but instead putting true time use in a separate category of events. The easiest way I have found to do that is with the time-use log as I described above.