People aren’t paying to spend time with one another in that case, though. They’re paying for the convenience of not cooking.

If that’s true, we should all invest in SquarEat ASAP! 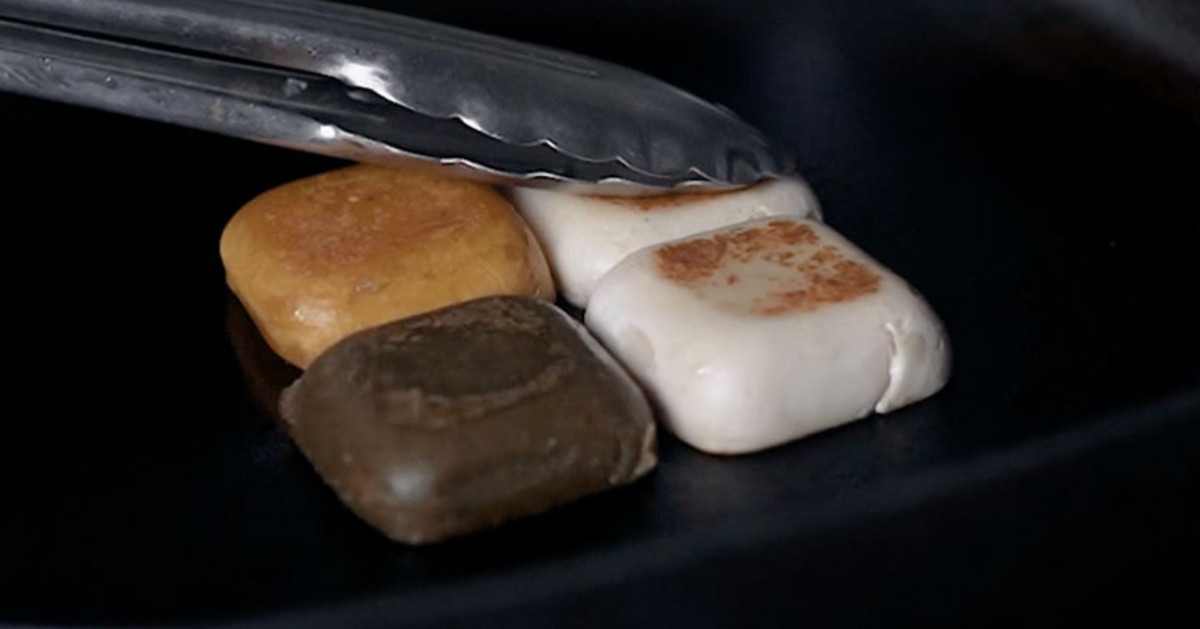 Are you ready to eat your delicious nutrient square? Yum, yum, yum

SquarEat asks a simple question: what if food were squares?

I kid, but convenience obviously isn’t the only reason people go out to eat.

I find the Value Proposition Canvas a simple and effective model for thinking about people’s needs and the things they buy: Both “eating” and “socializing” are the things the customer is trying to accomplish. “Cooking” is a pain for the customer, while “good food” and “hanging out with friends” are the gains rooted in those tasks.

The digital-social-hobby communities we’ve seen can also be examined through this lens. In MacStories’s case, folks are certainly trying to learn more about their devices, but if you’re buying into the new membership, the real opportunity is to find other people to share their learning with/to learn from. Paying for the convenience of not having to learn everything about the tools on your own is really just a cover story akin to avoiding having to cook. The real goal at the centre of this business model is helping people find others to talk to about their interests.

That is an interesting chart. I need to examine that more closely. Thanks for posting. May I ask what “customer jobs” are? 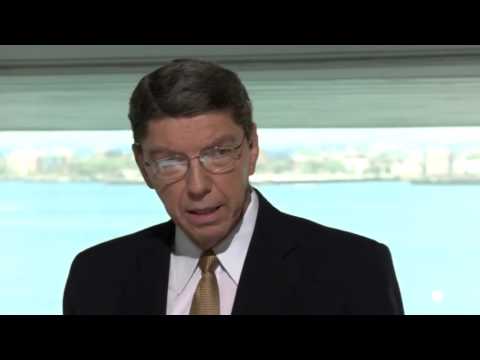 Thanks. I believe he past away a few yesrs ago.

Yes, he did—but contributed many great ideas in his time. The “jobs to be done” concept is his.

I link a video instead of explaining in text because it really does involve a bit of nuance, and there’s no better video illustrating the idea than that one.

But I guess some people would just defend by saying “no one is forcing you to buy it”, which is totally off the point. The point of discussion here is to say what we feel about these memberships, not about whether it’s pointless to even talk about it.

I completely agree with it. One should be able to have a civil discussion about wether one enjoys and/or finds value with any form of consumption.

Its clear from this topic alone that some find value in Club MacStories and others do not. This is completely fair. No issues with that. I know no one is forcing anyone to pay for anything but that shouldn’t be the end of the discussion. What I am more keen on is for people who enjoy it to explain why and people who do not find it valuable to also explain why. A frank, open and respectful discussion is good for all of us.

That way, I can be exposed to opposing views and decide for myself.

People with unlimited money also are limited by time just like everyone one on this planet. we all only have 24 hours a day. So the question is not whether Club MacStories (or any other service) is worth the subscription. The question is wether it is worth your time.

Edit: this subsequently, resulted in a blog post to flesh out some of my thinking:

Is it worth your attention?

ContextRecently, MacStories launched an upgrade to their Club MacStories membership. This announcement sparked a discussion on the Mac Power Users forums. As of publication of this post, there are over 50 responses to this discussion. It has been...

Thanks for the inspiration my fellow MPU forum members

I kid, but convenience obviously isn’t the only reason people go out to eat.

Honestly, for the people I know just about every reason they go out to eat can be brought back to convenience.

Learning to cook well is a significant investment of time, and avoiding that by going to restaurants (apparently there are some people who do this almost every night?) where they have people that have already learned to make high-quality food (whatever "high quality means to the person - McDonald’s, believe it or not, is a high-quality example of what it’s intended to be) is convenient.

Having a large gathering at a restaurant multiplies that effort, avoids setup, cleanup, and the other hassles associated with large gatherings. Again, convenience.

Cooking multiple dishes so everybody in a small-ish group can have what they want (as opposed to sharing a communal dish) is hugely inconvenient (but not necessarily completely impossible) in a residential kitchen.

You could argue that most of those things slot into other parts of that diagram as well, and that ordering from a restaurant is actually a basket of separate-but-related purchases (a grocery shopping service, a preparation service, a cleanup service, etc.). And you’d be correct.

But for just about everybody I know, if you do the “five whys” about why they eat at restaurants you’ll hear “convenience” sooner rather than later.

As for those squares, the idea of those meal replacement squares being convenient is true - but it misses the obvious point that there’s a minimum quality threshold that has to be met before convenience enters the picture. It’s a pretty low threshold for most people, but it’s absolutely there. It’s one of the reasons why we don’t just carry around baggies of gourmet dog kibble in case we get hungry. Most of the high-end kibble is prepped to higher standards than human food, and it would be hugely convenient. But it fails that quality threshold, perception-wise.

The intent of this thread is lost. From membership prices to cooking food. Now I feel hungry

. Got to go and cook

I’m glad they’re offering more but I won’t be subscribing.

First, I think it’s great that Federico, John and team have been able to create an Indy website that can sustain them! It’s obvious that they work very hard. I’ve been reading MacStories since the very beginning and have always appreciated it. I’m grateful and admire the work Federico has put into building his place on the web and sharing his passion.

As a Mac user who embraced shifting some of my work over to the iPad with the very first iPad in the first month of having it I always enjoyed seeing his iPad focused articles in the early days.

All that said, I only have so many hours in a day and I’ve got a limited budget. The specifics of why I won’t be subscribing are simply that I’ve found that often times Federico’s iPad content goes in directions I’m not interested in. As time has gone on I’ve found that maybe only 30-40% of what he writes is really of interest or relevant to me. So I often skim and skip (again, only so much time in a day). As a writer he really focuses on how he uses the iPad and what’s relevant to him. That’s great! But it’s often not relevant to me. I write a lot, but not for a living. So, while I enjoy stories about text editors and writing workflows, my use of the iPad is oriented towards web and graphic design which isn’t something that get’s discussed by Federico or at MacStories generally.

I try to have an awareness of a mix of writers and resources that I enjoy and that are helpful to me. MacStories is just one of many in that mix. I spend much more time on these forums than I do reading MacStories content. Lately I’ve been spending more time over on the Obsidian forms because it’s relevant to me at the moment.

Side note and a plug, I’ve written 120+ posts on working with an iPad covering a range of topics from graphic design with Affinity apps to Pages to web site management workflows. Some of it might be of interest or use to someone here.

Thanks @ryanjamurphy for starting this topic. I am really so disappointed that Federico Vitticci has made these changes . My subscription which I paid only a couple of weeks ago with no mention that the service was changing. I have suddenly as an original Macstories member become a third class citizen in the Macstories and Appstories universe. This is so degrading and again very disappointing. You cannot trust anyone to have any sort of moral values these days.

quorm, me too, well said, guess who won’t be renewing next year

As a writer he really focuses on how he uses the iPad and what’s relevant to him.

Now that’s an interesting point. And I think this is a major flaw in his work. And to be honest, in a lot of that of his web-centric and/or podcasting contemporaries. They are basically just writing and/or talking about their own personal situation. While a journalist (or should that be a good journalist) would make stories about whatever topic (s)he thinks her/his audience in interested in, or is worth investing time in.

As an unrelated side note, I cringe at the way John Voorhees introduces Frederico Vitticci as the “editor-in-chief of MacStories”.

I don’t have a problem with Federico taking the title of editor in chief. He has a publication (arguably several), and it’s more than a one person endeavor; not all outlets are big enterprises, and not all big outlets are good. Plenty of people running startups with one or two employees (or even none!) call themselves CEO or something similar, and that tends to be seen as ambitious. Calling himself EIC doesn’t seem much different.

I also don’t have a problem with the fact that MacStories (and many other indy publishers) focus on writing about their own experiences. In many cases it allows them to go much deeper than more traditional personal-tech writing usually goes. It’s what I find appealing about MPU, MacStories and so on — when that personal experience is meaningful to my own use of technology. Of course, when it isn’t, the content becomes a lot less interesting.

That’s the double-edge sword of the approach — where traditional personal tech journalism (what I think of as the Walt Mossberg approach) speaks to a broad audience, the personal approach can either be much more engaging or much less, depending on your interests.

But journalism of all kinds has always had niche outlets, columnists and the like. The only difference, I think, is that the cost of a printing press has come way down…

Did you lose access to something in the transition to the new plans? I was of the impression that the new plans added more, not took away from the original.

I think this is the case as well.

But previous subscribers might feel cheated because their first class citizenship has been demoted.

There’s also the possibility that contents that “should” have been released to the original tier subscribers get reserved to new tiers. This is actually very likely as the creativity of the editors doesn’t get magically increased just because there are new tiers now.

I read them in full too

But previous subscribers might feel cheated because their first class citizenship has been demoted.

This was part of the problem with Evernote’s new subscription model as well. Communication is everything, and people’s perceived value means a lot too.

Yeah, the communication on this was pretty poor, honestly. I’ve been a member since they started and the new membership is just hard to follow

I don’t have a problem with Federico taking the title of editor in chief.

Me neither. He may call himself whatever he wants. It’s the fact that he gets introduced by that tittle every single podcast (at least the ones I’ve listened to). Which I think is pathetic.