I have an ergo keyboard that I’m doing a lot of custom QMK work with, and somebody in a different forum suggested that cables with magnetic connections on the tip (basically third-party MagSafe

) would be good to avoid some of the unplugging / re-plugging wear on the connectors. 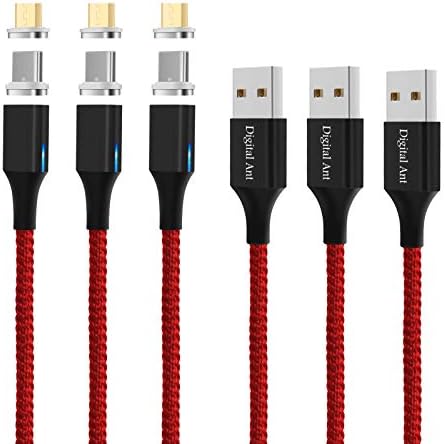 Has anybody here used these? Amazon seems to be a mess of brands I’ve never heard of. Obviously they’d need to be able to carry data and power, so that’s a concern - but I’m not sure whether the ones with all 20 pins are a bigger deal than the ones with something like 9 - especially if I’m already adapting it to a USB-A connector on the computer end.

I had kickstarted one of the first ones to exist for my 15’ MBP. Never worked right: it was continuously connecting and disconnecting. Maybe the 15’ was drawing too much power, but I’ve been really put off by the idea since and decided I would live with regular cables.

I’m generally in that same camp. In this case though I need to unplug / plug each half of the keyboard every time I make a change to the firmware. And when you’re slow-stepping through changes for verification purposes and working to isolate software bugs, that’s a lot of plugging / unplugging. I think it was probably…hmmmm…40-ish times just yesterday?

I had considered making such a purchase. The warnings about the adaptors include: they get stuck, they eventually don’t work as well, they block the other port, they get warm. In the end, I gave up the idea.

In case you do go down this path, the number of pins designate the increasing ability to carry the different types of inputs. The 24 pin system comes closest to full thunderbolt + 100 W power capability.

Why not get a USB-C male to female cable or a USB-C extender instead?

Why not get a USB-C male to female cable or a USB-C extender instead?

I need to move one cable back and forth constantly - so extensions definitely make access easier, but it’s still a pain.

I’m hoping that since this is a keyboard with low power requirements and only one port, some of the concerns won’t be issues.

I have used those EXACT ones on MBA for years
To your point, won’t work with MBP. MBA (65??)
watts seems to be the limit

I’ve used a couple of the below with a … 2019 or 2020 MBP (touch bar, physical escape key). They work pretty well. They don’t block the other port if you’re smart about which you use it in (ie, the cable pointing away from the open port).

The magnetic connection sometimes comes apart, but I’d say no more than the last version from Apple. It’s only slightly bulkier, and I leave the stub end of it in the MBP all the time (one on each side, really, so I can have magnetic charging and dual side charging); it hasn’t gotten in the way, though I’m not taking my laptop in and out of a computer bag much these days.

So definitely a workable solution for me, though I can’t say it inspires joy or whatever the tech marketing folks call it these days.

I have not tried to use it for data (just to keep the MBP powered) so check the specs.