Microsoft committed to Right to Repair, will Apple follow suit?

People used to be able to repair their own stuff, or have a person of their choosing do it. This ability has declined in recent years, especially with Microsoft, Apple (pentalobe screws anyone?), etc. devices.
Thankfully, there is pushback, and it looks like Microsoft is taking heed.

Why is this important? Well, there are environmental factors, and I’d like to expand the memory of my iMac Pro (32GB → 64GB) for less than $719. (They could have just added a door.) Microsoft Has Committed to Right to Repair

Facing pressure from investors and a shifting legal environment, the PC giant has decided to make it easier for people to repair their own stuff.

Is Apple likely to commit to Right to Repair?

They build devices that cannot be upgraded, or in most cases, repaired for a reasonable price once out of warranty. And they have fought against ever attempt to pass Right to Repair legislation. So I’d put the odds of them reversing their policy voluntarily at slim to none.

Obviously Macs at least used to have obvious targets - like being able to upgrade RAM - but I’m wondering what sorts of repairs people envision they’re going to be doing in the age of System On A Chip. And reverting from that architecture to discrete components seemingly would come at the cost of device functionality.

As far as I know third party screen replacements are already a thing. Are there other obvious targets?

Apple builds great devices but they aren’t the “will last for years” computers of years past. They are appliances that you use until they break then replace with a new one. The problem, as I see it, is once enough people who buy used get burned by an expensive repair the resale value of Macs, etc. may drop significantly. 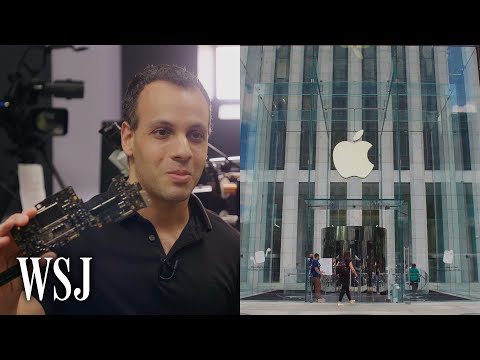 I doubt Microsoft can develop Surface products to seriously accommodate right-to-repair ideals, outside of equipping more third party shops, without falling further behind in their cost/performance/UX/reliability/update cycle tradeoffs relative to major competitors. But perhaps the PR wins from this will be worth it. I’m interested in what the study finds and hope some of it’s published.

I’m interested in what the study finds and hope some of it’s published.

I think it’s interesting that they didn’t actually say they’d make things more repairable - they said they’d do a study if the shareholders would withdraw their demands.

The problem, as I see it, is once enough people who buy used get burned by an expensive repair the resale value of Macs, etc. may drop significantly.

I’m just not sure that “right to repair” - even if Apple went a little bit down that path - would solve that. I would imagine that even if Apple made official repair parts available to third parties the M1 SoC and the A15 are probably pretty expensive, and the fact that it’s all on the same die means that any of the common errors (memory, drive) require the whole thing to be replaced.

I think that’s what’s ultimately going to drive longevity challenges - failure of those components out of warranty.

Chip failures are minuscule. But batteries, fans, and thermal interfaces, all wear out by design. All those things for a start. I don’t even see this being much about people repairing things at home. It’s about people being able to bring it to a professional who doesn’t have to rely on finding scavenged parts from Shenzhen to be able to fix it.

Ah, yes - especially batteries for laptops. I could see that. Personally, I’ve seen more RAM errors than fan failures - but a fan would definitely be a good thing to be able to get.

And I definitely get that this would be professionals doing most of the repair, rather than people fixing their own stuff.

Apple builds great devices but they aren’t the “will last for years” computers of years past. They are appliances that you use until they break then replace with a new one.

I disagree with this. Apple’s stuff today will last for years. We see people using Apple products for years on forums like these. They don’t really break. Sometimes the software doesn’t support older models, or the usual things like fans and drives wear out, but Apple products in my experience, and pretty much everything I have read on them, are well made and will last years, if not decades.

Apple products are definitely made to last. Just take a look at how far back iOS 15 support goes!

Apple products in my experience, and pretty much everything I have read on them, are well made and will last years, if not decades.

Yes, I agree totally. Apple’s products in the past deserved their excellent reputation.

I have a similarly-old laptop. I think what @WayneG is getting at is that a modern MacBook or iMac is a completely different animal from a 2010 MacBook Pro.

The 2010 has a battery that’s much, much easier to service. $20-$50 gets you a third-party replacement battery, and installation is easy enough to do yourself. Failed RAM can be replaced, or even upgraded. The hard drive is replaceable if there’s an issue. For example, I had a drive failure in my 2012 Mac Mini, and I just bought an off-the-shelf SSD, replaced it, and called it good. It’s still kicking today, running Plex.

Take any of those three problems on a modern MacBook. The battery can still apparently be serviced by Apple, but an out-of-warranty replacement is a couple hundred bucks. Failed RAM or SSD means a failure on the die of the M1, so at that point the laptop is basically junk.

In general, I still agree with:

Apple’s stuff today will last for years. We see people using Apple products for years on forums like these. They don’t really break.

The overall industrial design seems to be built to last. I don’t think they’re designing things to be thrown away in a year or two. But the trend toward more and more integrated stuff makes them less repairable when things do fail.

Yes, that was a great machine.

Well, the 2011 MacBook Pro’s had failing GPUs, so that’s probably a good thing.

You’re moving the goalpost. This isn’t about specific models, but rather about trends over time. The issue is that Apple used to make things in such a manner that they could be repaired / upgraded. Past 2010 or so, it’s been generally going downhill.

The majority of the Mac line (all the iMacs and the entire laptop line) is moving in that direction, with the notable exception of the Mac Pro. The new “cheese grater” is arguably much better than the “trashcan”. But that’s such a niche part of the market that it’s almost a rounding error, and we don’t know what’s going to happen with the next model.

I simply just made a statement. How is that “moving the goalpost” as you put it?

I would probably care about this more if I ever had an Apple product break where Apple didn’t fix it for free. Either under warranty or years later because it was a known issue. For instance, in 2011 they replaced the HDD in my 2007/8 iMac, which still worked perfectly because the drives had a high failure rate.

I am not saying they shouldn’t do more, just that I have a hard time getting worked up about it.

I’ve never actually had a Mac or an iDevice fail within warranty. With the iDevices, I always buy the AppleCare though because if it does fail, it would be obscenely expensive to fix.

With the Mac, I didn’t buy AppleCare with my 2012 Mini because all the common stuff was repairable. Past that, I consider AppleCare almost a required thing as very little in them is repairable by the end user.

So the effect of non-repairability to me is effectively the cost of AppleCare to deal with problems I could likely solve on my own if the devices were more repairable.

If I’m critical of some of the things Apple does it’s because I have used their products for decades and like the company. But I’m not a fan of their constant efforts to get me to give them more money for services I don’t need or want. And I’m disappointed with some of their current design choices.

Yes, putting everything on one board and gluing/soldering things in place can make a lighter more reliable laptop. And it makes them less expensive to manufacture, but it also limits the life of the device. SSDs are consumables, like batteries. They have a limited lifespan and unlike a battery, they cannot be replaced in todays Macs.

How long will the SSDs last? No one really knows but it is generally agreed it is something less than 10 years. It depends a lot on the way it is used. As I understand it, they have a finite number of write cycles. So I would think they are likely to last longer for an executive who mainly sends emails and reads reports and less for a video editor who is constantly moving large files.

What can we do about that? Nothing other than accept that today’s Macs cannot be judged by the excellent reputation of their predecessors. They are a different animal and will need to succeed or fail based on their own merit.

And if asked, I will suggest that people do not try to “future proof” their Macs by purchasing more computer than they expect to need in the next 2 to 3 years. Why spend the money for something that isn’t needed and won’t extend the life of the machine? Save your money and buy an M4 when you need something faster. 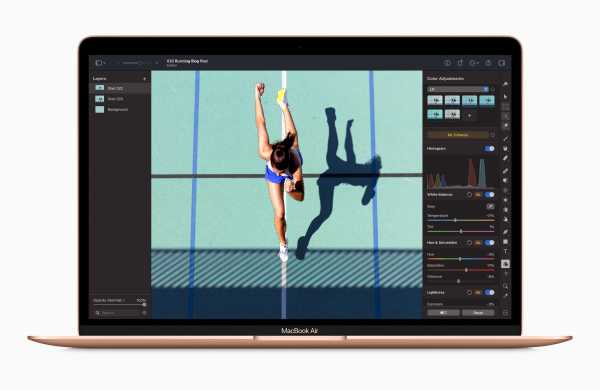 How worried should you be about your M1 Mac’s SSD lifespan?

Users are concerned over SSD lifespan with the M1 swapping from memory under heavy loads. It's not something to ignore, but the fact is, SSDs last a lot longer than most people think. 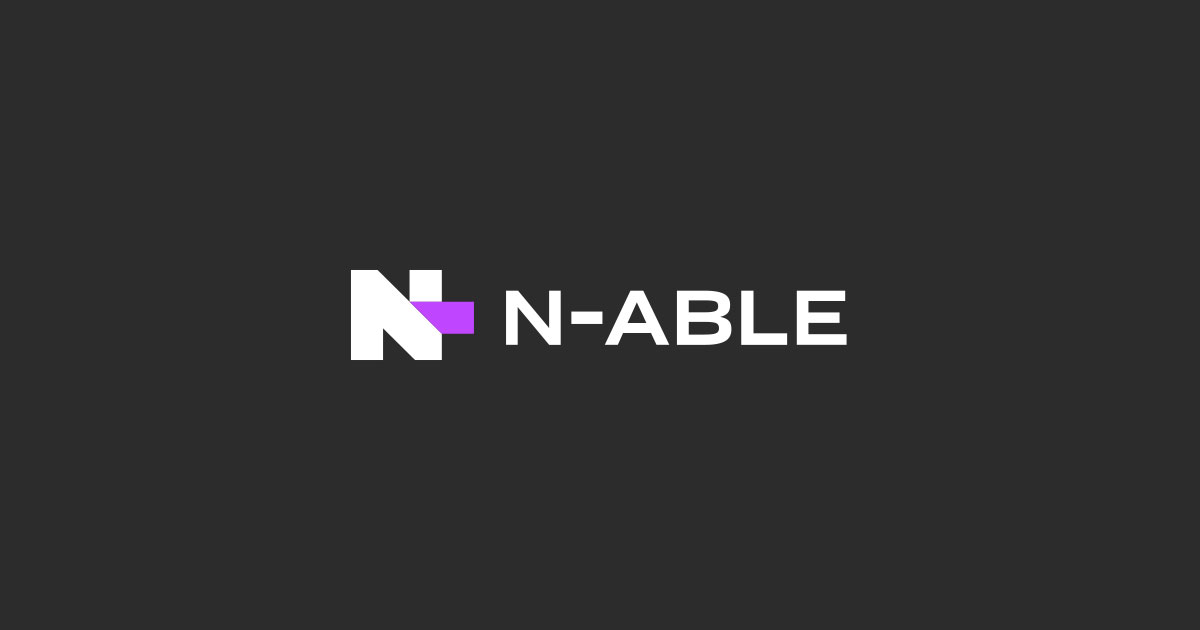 Read about the common lifespan of SSD and what you can do to prepare for when your solid-state drive fails.

Time may prove me wrong. If so it won’t be the first time and we will be the better for it.

Why spend the money for something that isn’t needed and won’t extend the life of the machine?

A possible exception here may be SSD size, unless you’re including this in “more computer than they expect to need”.

SSD lifespan is based on write cycles, but that’s per block. So even with modern SSD management firmware and “wear leveling” and such, having a larger SSD to spread the writes over will conceivably extend lifespan - even if you don’t need the excess capacity.

And I’m told that running an SSD close to max capacity is rougher on it than a conventional spinning disk.

But that still may or may not make the extra SSD capacity a viable upgrade.