I’d previously purchased iThoughts and used it a little but my projects don’t often require that kind of app. As it happens I’ve got a new project coming up that would probably benefit from actually diving in with this kind of app. Yesterday I saw the new version of MindNode was released so I downloaded it for the free 2 week trial. I spent an hour with each app and came away with the impression that iThoughts is a more powerful app in almost every way.

MindNode is better in the area of visual style with a couple of added features. It’s also got newly announced support for second, external USB C monitors which might be nice for some. Also, two finger tap to undo is a nice touch and a feature I’m coming to like thanks to Procreate and the Affinity apps.

But iThoughts seems to be the more capable app. It’s got support for markdown in the notes for nodes, the ability to import a greater variety of objects, and far more export/sharing options. After an hour of using them I felt like I’d gotten a solid handle on how they each work (very similar) but also had the sense that I’d reached the limit of MindNode’s feature set.

With iThoughts there was more to learn and more that I could do. An example, the project I’m mapping is a collaborative local history project which includes several small non-profits, various resources being digitized, a podcast and a website where the materials will be catalogued. iThoughts has the ability to work special categories of notes such as tasks with due-dates, resources (people in orgs), cost calculating nodes, and project progress (for nodes that have tasks).

Anyone else have experience with these two and if so, any thoughts on how they compare? I’d heard a lot of good things about MindNode and expected that after I tried it I’d be inclined to purchase but after my initial exploration I’m actually thinking I’d be better off sticking with iThoughts.

I have both, and I agree with you, generally. On the Mac iThoughts is more capable, but its complexity and more unrefined interface - compared to Mindnode’s superior, easier to use interface - has me reaching for Mindnode most of the time. And I prefer the Mindnode iOS app too.

Good overview/comparison here - Mindnode 5 was preferred over iThoughts there too, despite the acknowledgement that iThoughts was more powerful 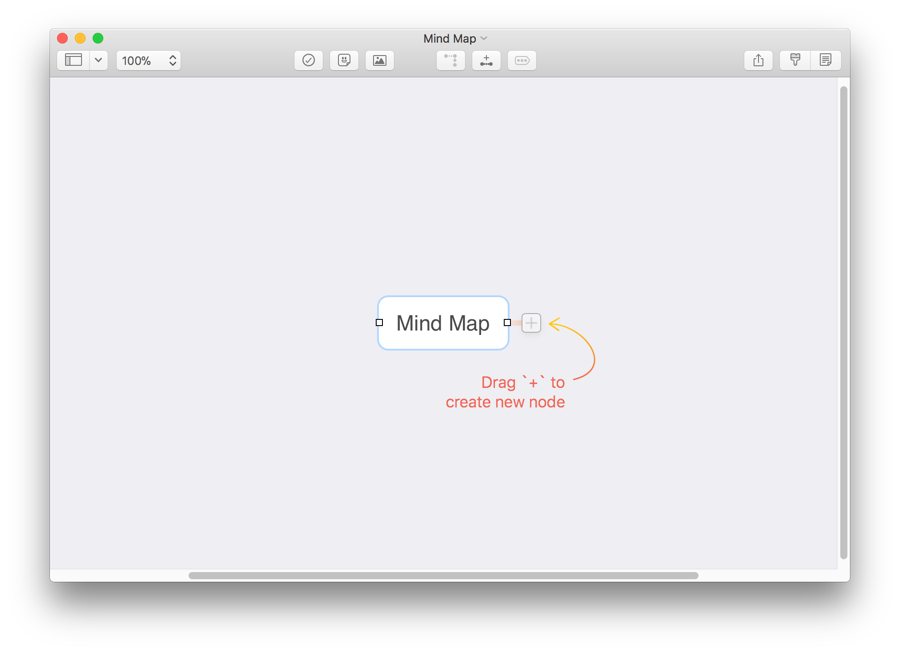 After researching and testing many different apps, we found the best mind map apps for both pro users and casual users. Mind Map apps that are easy to use.

I was faced with this choice a few years ago. iThoughts was further along the road and MindNode was just a babe in the woods at version 2.

An aggressive development schedule has moved MindNode much closer to iThoughts in terms of having the main features in a mind map. I did download MindNode 6 and have been running it through for a couple of days now.

Most of the basic mind map features are there. The only remaining things that differentiate between the two apps are special case scenarios. Something like export to OmniFocus and Quick Entry screen gives the nod to MindNode. iThoughts has some project management features such as cost and effort analysis, task progress (not started, 10%, 25%, 50%, 75%, done) that separates itself from MindNode. iThoughts has a slideshow mode if you want to do presentations as well.

If you’re looking for basic mind map features, go with either one. iThoughts has more features that might not mean much to others.

I feel this is like the Things 3 vs OmniFocus 3 argument. Things 3 has a beautiful interface and will feel comfortable for users who bought into that ecosystem. iThoughts has more power and features that many users might not care about. In the same light, Things 3 is a very capable app and is probably the easy choice for many users. But a power user will appreciate OmniFocus 3. But it might be overwhelming for someone who just wants an easy to use task manager.

I haven’t found anything in MindNode 6 that makes me want to switch from iThoughts.

The iThoughts folks have been busy as well. Just going through their blog and seeing what they’ve announced over the years has shown that they’ve been actively developing it for years now. I clicked through to older posts going to years back to see what they’ve added. They seemed to be ahead of MindNode when it came to adding features. For example, MindNode 6 finally has a focus feature. But iThoughts had it in December 2017.

I’m glad to see focus finally on MindNode 6 now. To see some of the updates that have been added over the years, check here.

iThoughts also has a Window version available for those who need mind mapping over on The Dark Side.

As The Sweet Setup shows, Mindnode 6 is the current media darling and is getting the spotlight as the shiny new toy. iThoughts has a different user interface but I’ve quickly learned many of the keyboard shortcuts and can cut through quickly.

I’m pleased to see MindNode 6’s progress but it wasn’t enough for an iThoughts user (me) to move the needle.

I went with iThoughts. It reminds me of note taking apps. You have nice looking Goodnotes or Notability, which are great apps. But I went with ZoomNotes. It may be not be so pretty, but it is way more powerful. If you want more freedom and don’t mind to deep dive into an app, iThoughts is for you

I’m going to go off menu. There are lots of mind mapping apps that are rarely discussed here or on MPU.
There are also concept mapping apps that give more flexibility in mapping your thoughts. Not everything fits into a nice hierarchy with the occasional connector.
This goes beyond the original question, but might be helpful.
Scapple
CMAP
Tinderbox
TheBrain
Simple Diagrams
Curio
MindManager

Finally, whiteboards and paper are awesome. You can make any line type, annotation, or shape without fussing with menus.

As The Sweet Setup shows, Mindnode 6 is the current media darling and is getting the spotlight as the shiny new toy.

To be fair, that review was not of the ‘new toy’ v.6 but favored Mindnode 5 in a comparison major Mac/iOS mindmapping apps as of March 2018.

Last fall they also published a short article on using Siri Shortcuts with Mindnode on iOS: 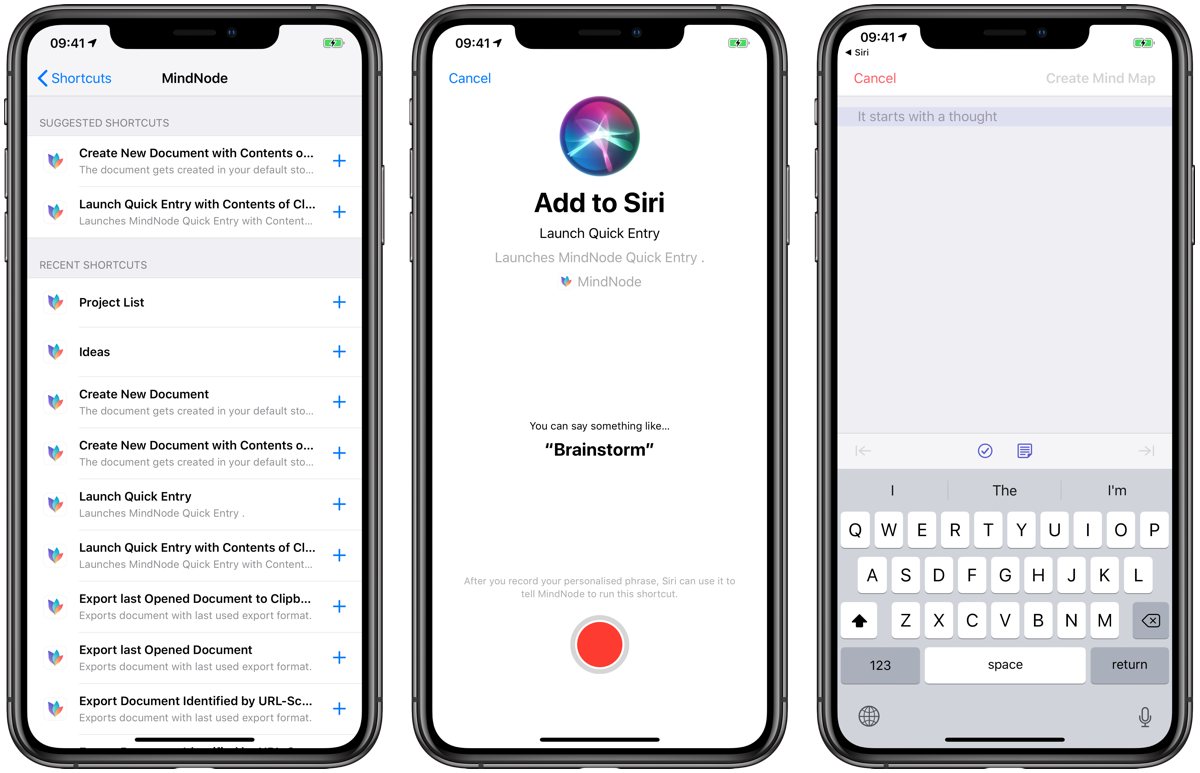 An Overview of Siri Shortcuts in MindNode – The Sweet Setup

MindNode released an update that provides some powerful automation possibilities that include Siri Shortcuts.

I have both iThoughts and MindNode.

A while back iThoughts lost “find and replace”. I really need it.

I have code (on the mainframe) that generates a CSV for import into iThoughts - where I do the bulk of my mind mapping (actually tree diagram making). One aspect of this is using semicolons where I want iThoughts to generate new lines - so I get multiline nodes.

The old process had me do find a semicolon and replace by a new line in iThoughts. That stopped working.

Yesterday, as my Twitter followers will know, I round tripped a mindmap from iThoughts through MindNode - doing the find and replace in the latter.

It worked, though color information was lost. I should talk to the MindNode authors about that.

The point is it ought to be possible to get benefit from using both iThoughts and MindNode with the one mind map.

I have both, but uninstalled iThoughts as I was always reaching for MindNode. The simplicity is a positive for me, it gets out of the way and allows me to focus more on the task at hand.

While iThoughts is more powerful, I did find myself spending much more time tinkering with the options and features than in MindNode. The only thing I have done is to create a custom template that uses Avenir Next over the harder-to-read Helvetica.

Your use case will probably be different, and iThoughts is great if you need the extra features.

two finger tap to undo is a nice touch

it looks like this will become a universal gesture in iOS 13. 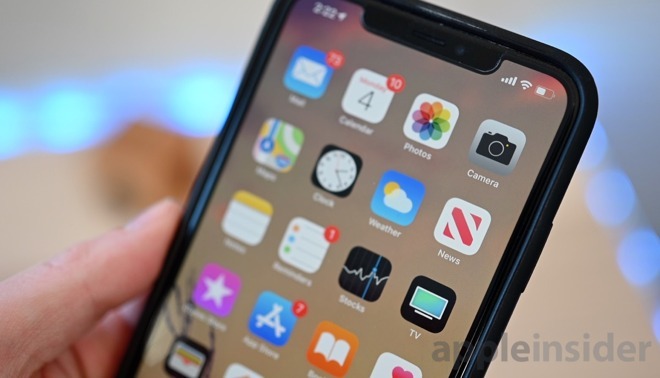 The next major release of iOS will join macOS in having a "dark mode," a report claims, with "iOS 13" also tipped to introduce increased multitasking options on iPad, font management changes, and a universal gesture to undo commands.

I have both iThoughts and MindNode.

A while back iThoughts lost “find and replace”. I really need it.

I emailed the developer about the find and replace feature. He does acknowledge that he dropped this feature. This feature will be coming back one day. So that’s promising.

I tried it I’d be inclined to purchase but after my initial exploration I’m actually thinking I’d be better off sticking with iThoughts.

@Denny sounds like you have found your solution. Has the commentary moved you in any way?

I think for the moment I’ll stick with iThoughts. In the time I’ve used it in the past week I thought it was very well designed and has a lot very useful features. If I find myself using it a lot at some point in the future I may revisit MindNode but at the moment I’m thinking that paying more for an additional app that has fewer features would be kind of silly.

I think this is probably one of those cases of hey, the new shiny!

The latest Appstories podcast episode, out today, features a discussion of Mindnode. Co-host Federico Viticci (who owns macstories.net) discusses why he recently switched to Mindnode after spending years using iThoughts:

This week, Federico and John take a deep dive into two apps they’ve been using a lot lately, Moment Pro Camera and the recently-released MindNode 6.