I am in the market for monitor arm recommendations. The arms will be used with heavy and wide screens 32”+.

Any thoughts would be appreciated.

I got this one: 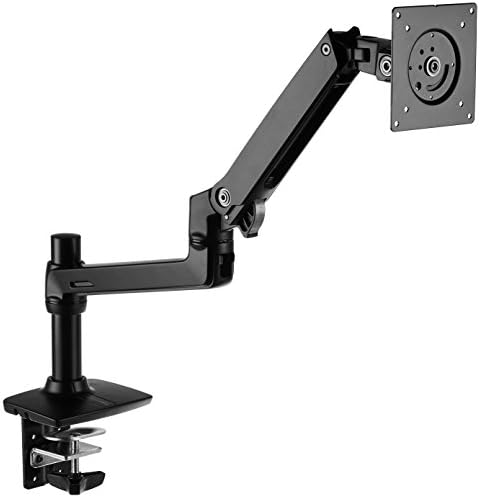 Whether it would work well for you probably depends on what the definition of “heavy” and “wide” is. And if you need to do the adapter thing, remember that’s about 2 lbs of the 25 you’re allowed for the mount.

Thanks for the recommendation. My definition of wide is 32 inch or more and around 18lbs.

I know these are not really wide or heavy. But I wanted to say I am not going to use for smaller (more frequently used) monitors.

I think I don’t need it if the monitor supports VESA. Correct?

I think I don’t need it if the monitor supports VESA. Correct?

Also…if you’ve never done the VESA mounting thing, be prepared to potentially make a trip to the hardware store or just buy a pre-done kit that has all the common screw sizes. Some arms come with just the screws they think you need, and sometimes your TV has a different idea.

We’ve ordered an iMac with a VESA mount for my wife. We need an arm that moves in and out very easily - preferably without touching the computer itself. Also, her desk is a full 36 inches deep. Would this arm would fit the bill?

There aren’t any handles on the arm, so usually I grab the monitor by the bezels. It’s not super-easy to glide, but it might be lube-able. I’ve never tried, because I really don’t adjust it all that often.

I got the Jarvis Monitor Arm and I’ve been satisfied with it. It was easy to install and it’s easy to adjust. It has set screws at the pivot points that allow you to change the resistance independently, so you can make it easy to move in one axis but not others, for instance.