I’m contemplating a move from my creaking 2013 27" fusion drive iMac to the Macbook Pro 13". For the last 20 years of Mac use I’ve always had a Mac desktop as my main workhorse but recently I’ve felt the need have some freedom and be untethered from the desk. I’m a designer/developer and trying to keep the development environment in sync on two Macs (iMac and vintage 2012 MBP) is a nightmare. I’m thinking about pulling the trigger on the 13-inch MacBook Pro 2.3GHz i5 processor, 16GB ram and 1TB of storage.

Has anyone else made this transition? Am I nuts, should I just buy another iMac?

The thing I’m mostly worried about is displays. I’m tempted by the LG Ultrafine 5K, would this MBP config power a 5k monitor without problems? Would it power two of these displays if I wanted to add a second down the line? Are there any other displays I should consider? Dell 4K displays?

And then there’s storage, my current iMac has a 1TB fusion drive which is almost full, the most I can go to on the MBP is 1TB SSD. On these SSD drives how do you guys handle large photo and itunes libraries?

Are there any extra bits and pieces I should consider picking up to make this transition from a desktop easier? I have a lot of USB peripherals, speakers, printers, external drives, etc. Not sure how I’m going to connect all this stuff whilst still making it easy to quickly pick up the MBP and go!

I’m tempted by the LG Ultrafine 5K, would this MBP config power a 5k monitor without problems? Would it power two of these displays if I wanted to add a second down the line?

According to the Apple Tech Specs page the new 13" MBPs will only drive one 5K display:

I’m a designer/developer and trying to keep the development environment in sync on two Macs (iMac and vintage 2012 MBP) is a nightmare.

I don’t know how long it’s been since you tried this the multiple machine route, but I have found that keeping things in sync between multiple computers has gotten significantly easier in the past few years. I went laptop only back in 2012 for some of the same reasons you describe, but in the past year or so I’ve reversed course on that. I’ve gone to a desktop machine at work, a second desktop at home and an iPad (and occasionally a laptop) for use on the road. For my purposes, at least, the overhead of keeping all these machines in sync is acceptably low (though this may depend on the tools you use).

Thanks for that, I somehow missed the video support bit on the tech specs page.

Very interesting that you have gone back to the desktop. I should add that I also work from home so that’s why having a desktop as a main machine hasn’t bothered me too much over the years. But my local and remote development environment just got a whole lot more complicated now I’m working with a remote team and there are lots technical bits that our technical director sets up locally for me, it’s becoming really tiresome having to do the same set up on two machines and the idea of being able to quickly unplug and move to another room or coffee shop when I feel fatigued without worrying if I have everything I need is feeling more and more appealing.

I work solely from a MacBook Pro. As you note, I avoid having to keep track of whether one computer or another is in full sync at any time. The improvements I have made to the MBP are to have a full-size monitor, full-size keyboard, and trackball at each of my two primary locations (work and home). My MBP is limited to quad resolutions from the HDMI (it is a late 2013 model). This is however more than sufficient (a 4k or 5k would be overkill for my case). I prefer ergonomic keyboards (Kinesis), and I find the trackball (Kensington) to be an improvement over the trackpad in most cases.

With one computer being transported, I also switched to an SSD to avoid the possibility of hard drive crashes. Finally, I also have three different external backup systems (Time Machine, Carbon Copy Cloner, and a cloud-based server solution sponsored from my work).

I had 3 macs, two at home and one at work. Because of licensing issues with Adobe (you can only work on two machines at a time), I choose to get a Macbook Pro 2016 to replace my iMac 27" 2011 and MacBook Air 2011. I’m working 4 days a week at home and 1 at the office where I have an iMac 27" with a second monitor (another 27"). I had a two 27" monitors setup at home too, so going to a 13 inch was too much of a squeeze. I got the Ultrafine 5k LG monitor and it works great, if you work with critical color, I would recommend it, although calibrate it because it comes way to saturated by default.

I would not go back to a 27" iMac even if my MacBook Pro runs full tilt when exporting photos from Lightroom or On1 photo raw. When I work not connected to the LG, I can connect my iPad Pro 12.9 with Duet Display and make it my second monitor to work in the kitchen or outside. I’d say it’s the most versatile setup, but you have to pay the portability tax.

I don’t do much print design work these so colour not as critical as it used to be, but still important. I figure I could look at two 4K displays, nice to have the extra space when coding, but I’m leaning towards the LG ultrafine because it seems to the be the closest thing to a Mac display I can get.

we bought some Dell 4K for the office and there is no comparison with the LG ultrafine which is an Ultrawide gamut display compared to the Dell which is regular gamut. The MacBook Pro is ultrawide gamut and the colors will match with the LG.

One thing to keep in mind is that we’ll be getting an Apple display alongside the new Mac Pro next year. I’d probably try to hold out for that rather than buy the LG now.

Your iMac sounds like it’s probably old enough that it supports Target Display Mode, could you make do with that in the interim?

What about the SSD HD issue? That is one of the main reasons I’ve kept an iMac (upgraded to 2 TB) vs. relying only on MBP (512 GB).

In re syncing the environment I have managed by aliasing a lot of my ~/Library folders to Dropbox, and/or iCloud, and putting most of my scripting into Alfred workflows that sync with Alfred prefs. via Dropbox. Current projects go in DB as well while completed stuff and most reference materials go into folders that I sync with an external SSD and the other machines via Chronosync.

I also like knowing that in the event of a devastating crash on one machine I can easily pick up on another. That alone might justify keeping both rather than going laptop only + external monitor.

Oh also big +1 for Duet and the iPad as a laptop screen space solution.

That’s an interesting idea. Is the Apple display confirmed or just a rumour?

Phil Schiller explicitly said Apple was working on a display at the 2017 Mac Pro press briefing.

“As part of doing a new Mac Pro — it is, by definition, a modular system — we will be doing a Pro display as well.”

They confirmed it again when they talked to Panzarino earlier this year: 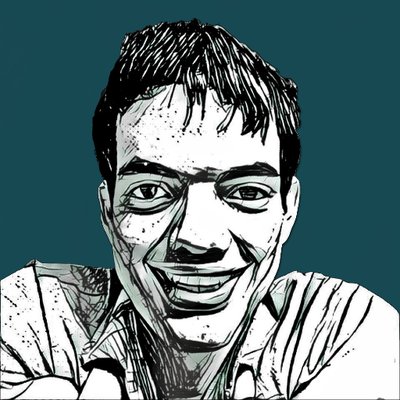 @panzer Did they mention the pro display at all? The opening quote is from a year ago right. 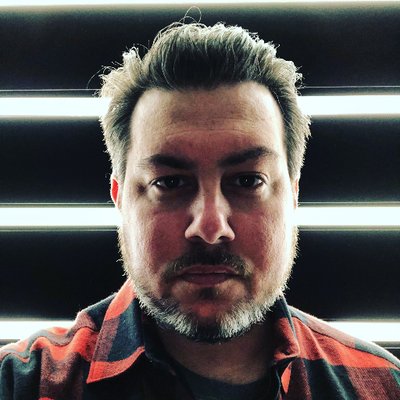 @bzamayo They did but only in passing, as in its coming. Got feeling timing coincides with Mac Pro
1 Like