My experiences with / uses of Stream Deck Pedal

On the same day that @MacSparky released a “Labs Only” video about his initial thoughts on the Stream Deck pedal,¹ I’ve also received mine. I thought it might be useful to document my thoughts on it and how I’m using it, in case others are considering it.

¹ David said he expects to have a more formal (and public) video after he’s used it for a while.

Step One: Setting Up the Stream Deck Pedal

It was also really arcane to configure, and I never really liked it as much as I liked its ideal potential.

The Stream Deck is USB powered (USB-C on the device end, and USB-A on the computer end). So it will be faster and more reliable, and never need recharging. Which is nice. The cable that comes with it is nice and long, which is handy.

You configure it just like a regular Stream Deck. This one just has 3 buttons. If the Large has 32 and the regular has 15 and the small has 6, I guess this is the Stream Deck “Nano”.

The other obvious difference is that you can’t see what the pedals are going to do, unlike regular Stream Deck buttons. (Well, there is an overlay that can appear on your screen, but a) I wouldn’t like that and b) I turned it off and can’t figure out how to turn it back on, so…whoops.)

There are springs in the box that let you adjust the tension. I haven’t tried that. You can also adjust some kind of sensitivity in the app, which I think has to do with how long you have to hold down the pedal before it is recognized. I set mine to the lowest setting.

The pedals are also nicely “hinged” which means you can press it and rest your foot on it, then press down again to trigger it again.

It feels solid and decently made. I would have liked something wider, but I’m guessing that would have had other trade-offs, so…this is what we get.

The first thing that I noticed is that trying to set up automatic switching between various app-specific pedal profiles did not seem to work reliably for me. I’d be curious to know if others have had the same experience.

(Note that F14 and F15 are sometimes used for brightness down/up, but I disabled that as I have brightness keys on my keyboard already.)

Then I have started to use Keyboard Maestro to decide what F13-15 does in various apps.

Originally I was going to make one big F13 macro that used “else” logic for each app, but that seemed silly, because Keyboard Maestro makes it very easy to make some macros just available for specific apps, so you can make a group/folder for one app, set F13/14/15 there, and then repeat it in another app.

So, the question now is: “What 3 things would I want to do in each app?” The first one that came to mind is Safari.

Easy enough. Of course, there aren’t always going to be multiple tabs, so I might make this more complex later, but it’s a start.

The middle pedal will close a tab/window if one exists, but if it doesn’t, then it will create a new tab. That’s fairly simple logic in Keyboard Maestro.

I thought about making left/right equal to history back and forth, but honestly, I don’t find myself doing that a lot.

I also thought about making the middle button trigger 1Password, but I already do that so instinctively that it seemed superfluous. But I might try it.

Again these are very simple Keyboard Maestro macros that either send keyboard shortcuts or (my preference) choose menu items in MailMate.

I already had a macro for the “Right” action, but I could never remember the keyboard shortcut for it. Now the “second” pedal makes “two” windows. That makes sense to my brain.

The middle button will probably change to something else, possibly a meeting picker for starting different Zoom meetings.

So far, that’s it. I’ve had a good time experimenting with this. I wish I’d had it when I was doing extensive editing for my podcast, but it didn’t exist for most of that time.

I can definitely see this being helpful for those times when you don’t want to take your hands away from whatever they are doing at the moment.

I’d really be curious to know:

What 3 things would you use pedal switches for in apps that you use regularly?

So far it’s middle pedal to play/pause music, and that’s about it.
I tried the audio mute today in a teams meeting and it went wonky and I had to leave and reconnect. Not sure those were related.

Maybe this weekend I’ll find more uses for it.

Been dreaming up some problems. Definitely Mic, Audio and Camera controls in Zoom and Teams.

I’m thinking “why not two pedals?”

(What’s the emoticon for “only half joking”?)

For me rather than depending on which app is active, it depends on what “mode” I’m in. When I’m catching up with friends I want to be able to easily hop back to the Zoom window, or our Discord chat, so left and right activates those apps specifically, whereas middle is currently an attempt to “copy the thing I’m looking at to the clipboard to share it with people”.

For me rather than depending on which app is active, it depends on what “mode” I’m in.

Profile switching has been very inconsistent for me with the pedal. I don’t use it with the regular Stream Deck, but I don’t see others talking about this, so I assume I’m just unlucky.

BTW You can use the middle pedal as a convenient footrest… 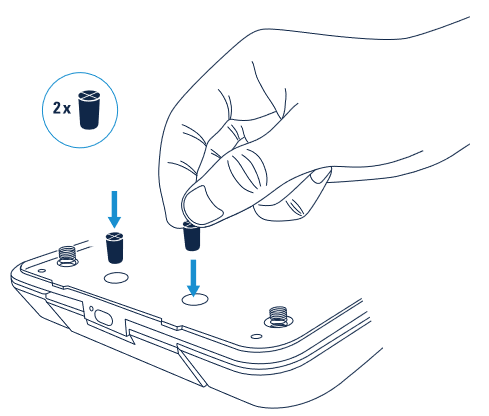 I want my pedal to globally toggle my mic (I’m often doing busy work while waiting for my part in a meeting). So at least this one pedal will not be app-specific.

But the “mode” part is very intriguing. Especially with the “Am I in a teams meeting”-script. Since I’m not a stream deck user (yet), I will figure out, whether my modes could live in Alfred or Hammerspoon.

I want to be able to jump back to Teams quickly

How do you do that? How do you identify the window that contains the call?
I have usually multiple teams windows and I think when I last checked, the window titles weren’t enough to find the right one.

How do you identify the window that contains the call?

Teams seems to title all of its windows “Microsoft Teams”. Nothing in the title to distinguish the one with the call in it from the app’s other windows.

On my machine the window with the name “Stand Up” right now is, well Stand Up. That’s what it displays, but in order to activate it you need to add | Microsoft Teams at the end.

The window title is Stand Up | Microsoft Teams.

Update:
Having tried it again, I now know what the problem is:
The main/chat window of Teams always has as title the name of the current chat. If the current chat belongs to the current video call, both windows have the same title.

As I keep the main window always in the same place, I could infer via the position which one is which.

But I have a lot of calls which are not in my calendar, so I went with two triggers: One to select the call window, and one to minimize/maximize it. I’m pretty happy with my solution.