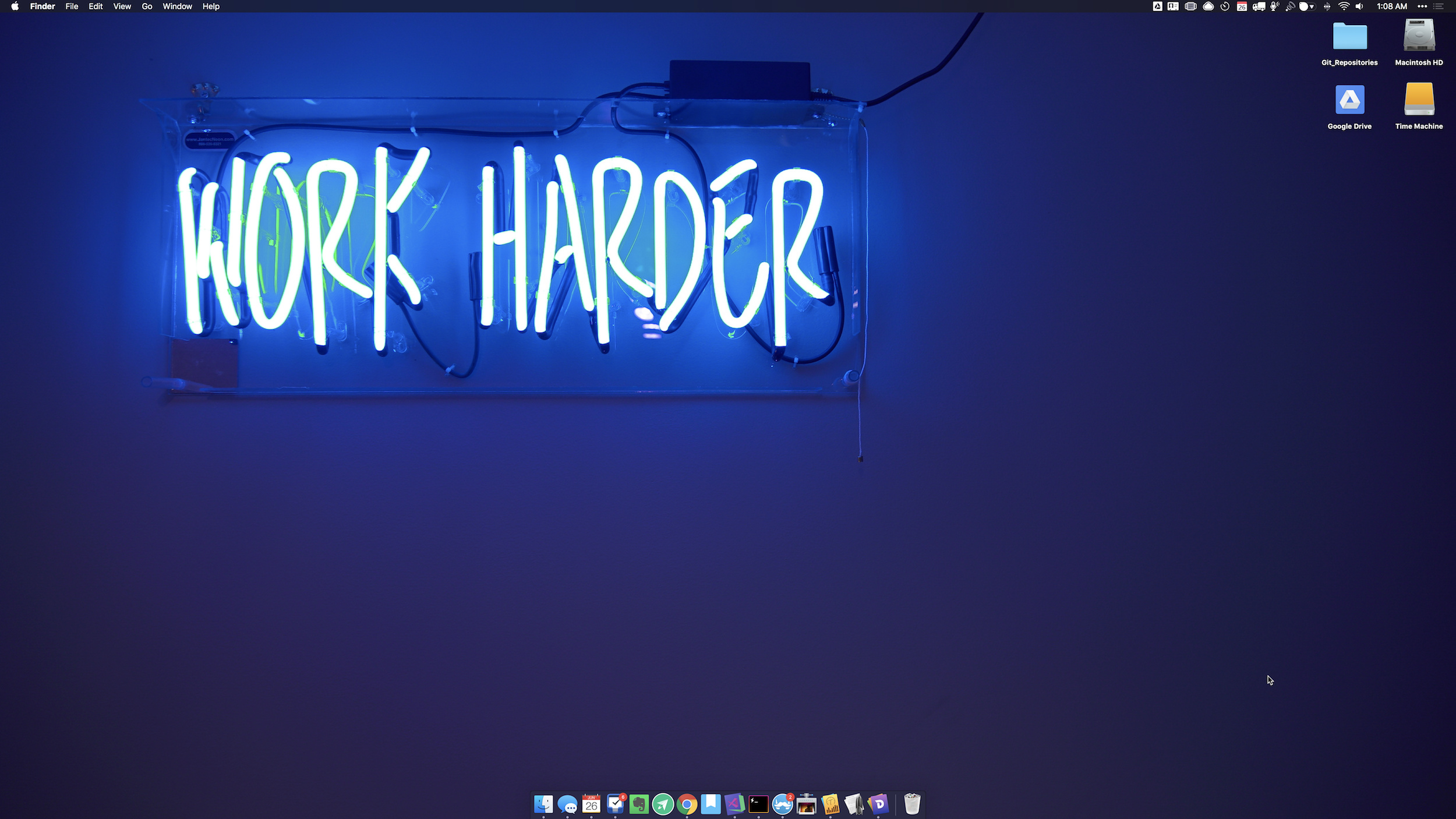 I usually keep my dock hidden but unhid it for this screenshot.

Standards then:
Things
Evernote
Boostnote which I don’t really use which is a markdown note app,
Chrome still is the best browser for web developers with Firefox a close second. Apple really doesn’t care about web developers just web consumers. It’s a shame but the App Store is their core business strategy when it comes to apps.
Day One
VSCode - I write all my blog posts and code in this thing. It really is an IDE in a text editor skin. So powerful and free from Microsoft.
Hyper.js which is a shell built on Electron.
Franz is another Electron app that aggregates all my chat services. 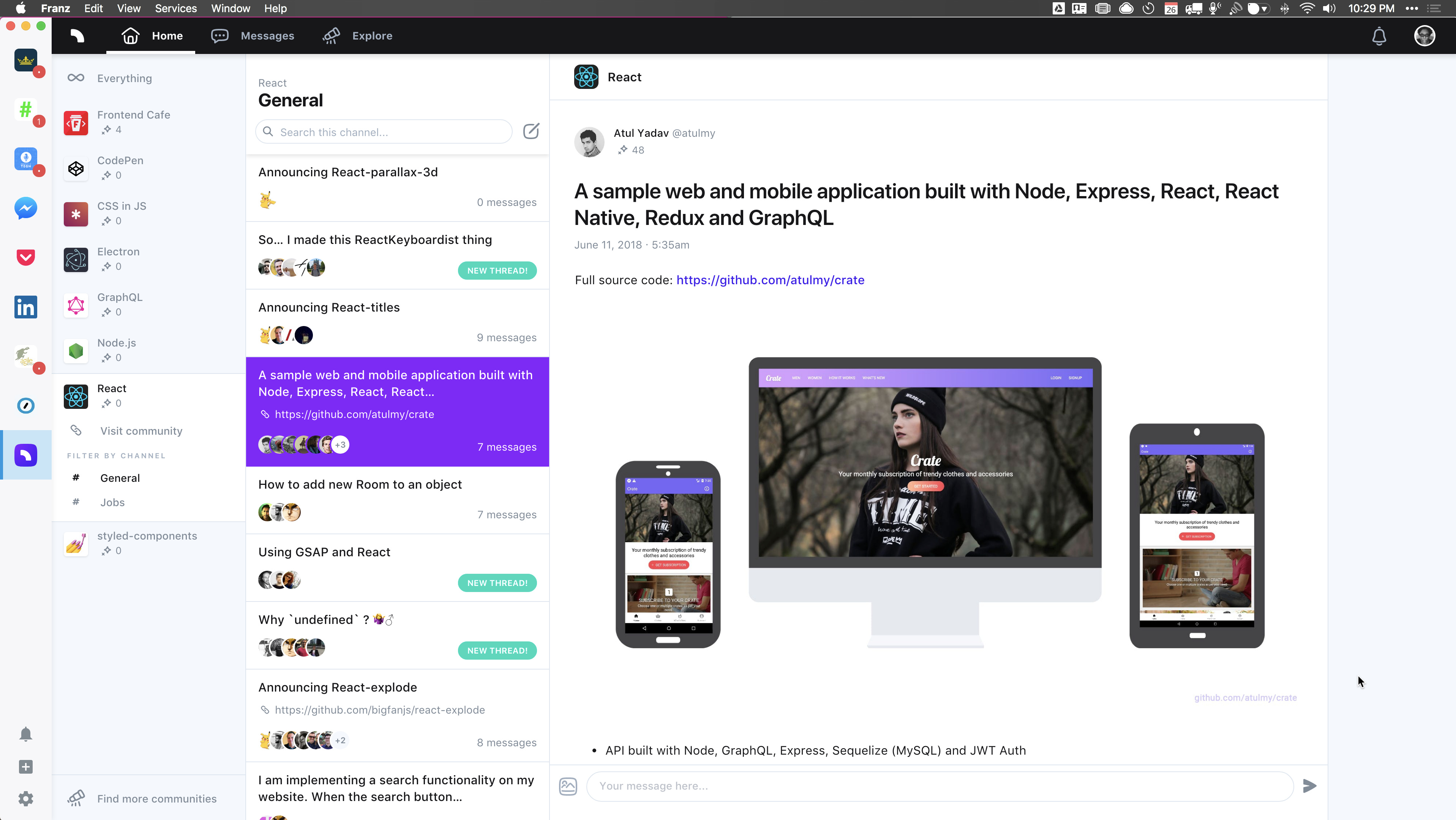 ImageOptim to optimize images quite easily. I could use the terminal but I usually just drag an image on this to convert it. For more batch processing I use the terminal. I also don’t really use it all that much because I host all my blog images on Cloudinary.
Timing
nVAlt
Dash which I usually don’t have there. 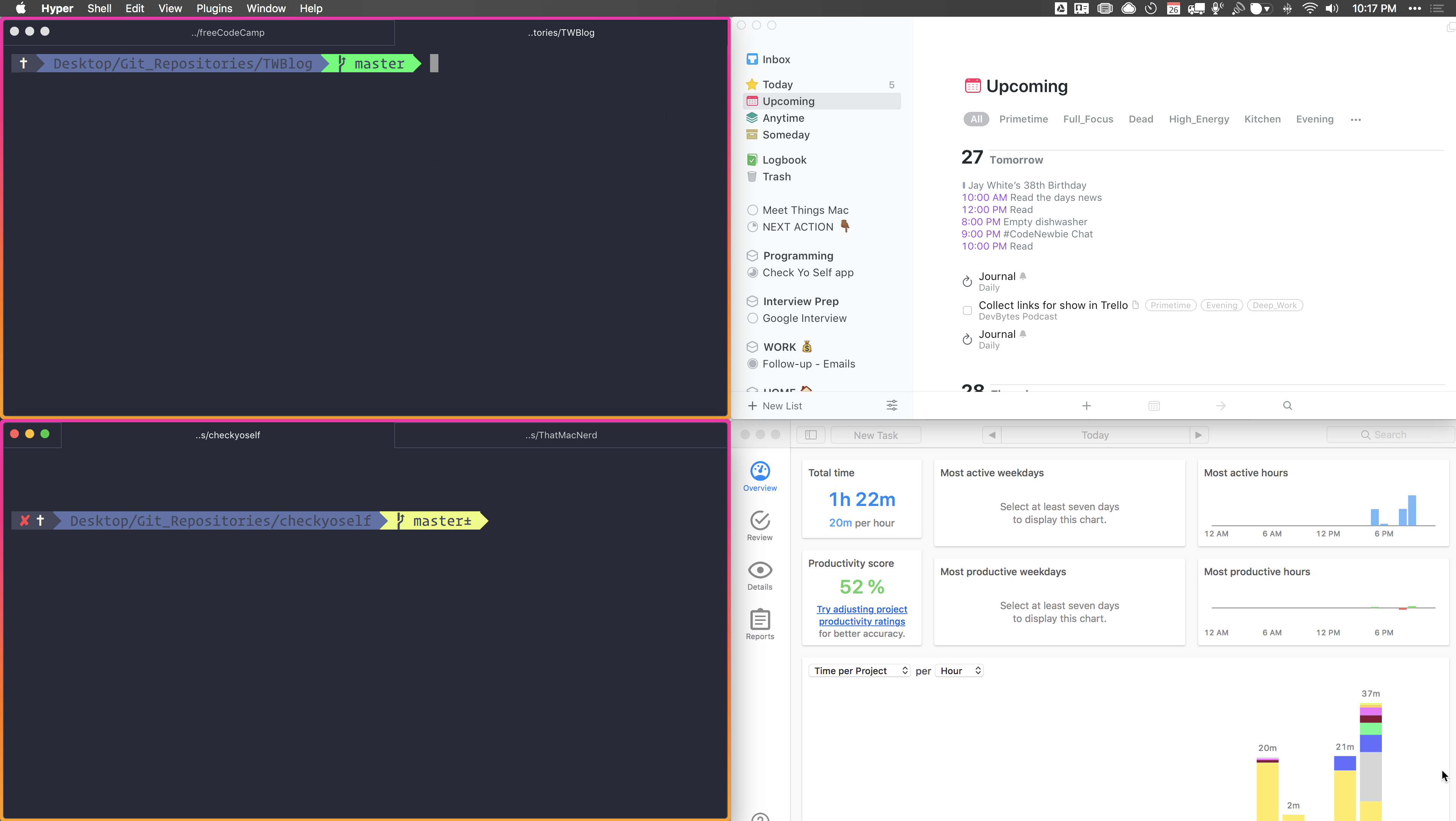 I found this wallpaper in a comment thread for my former employer’s app, Dev.to. I liked it so much I asked where to find it. I have some other work related wallpapers that aren’t so kosher. Bad language and the like. I have this Chrome extension that is a site blocker called Go F*cking Work by a designer named Andrew Lamb. He has a site where you can buy his wallpapers for something like $2. I bought them and there are wallpapers for macOS, iPhone, and iPad which is nice.

Very nice! What are you using to connect to Google Drive? That definitely is not the Google Backup & Sync client.

Love that wallpaper too.

He has a site where you can buy his wallpapers for something like $2.

Do you have a link? My google skills aren’t working too well tonight.