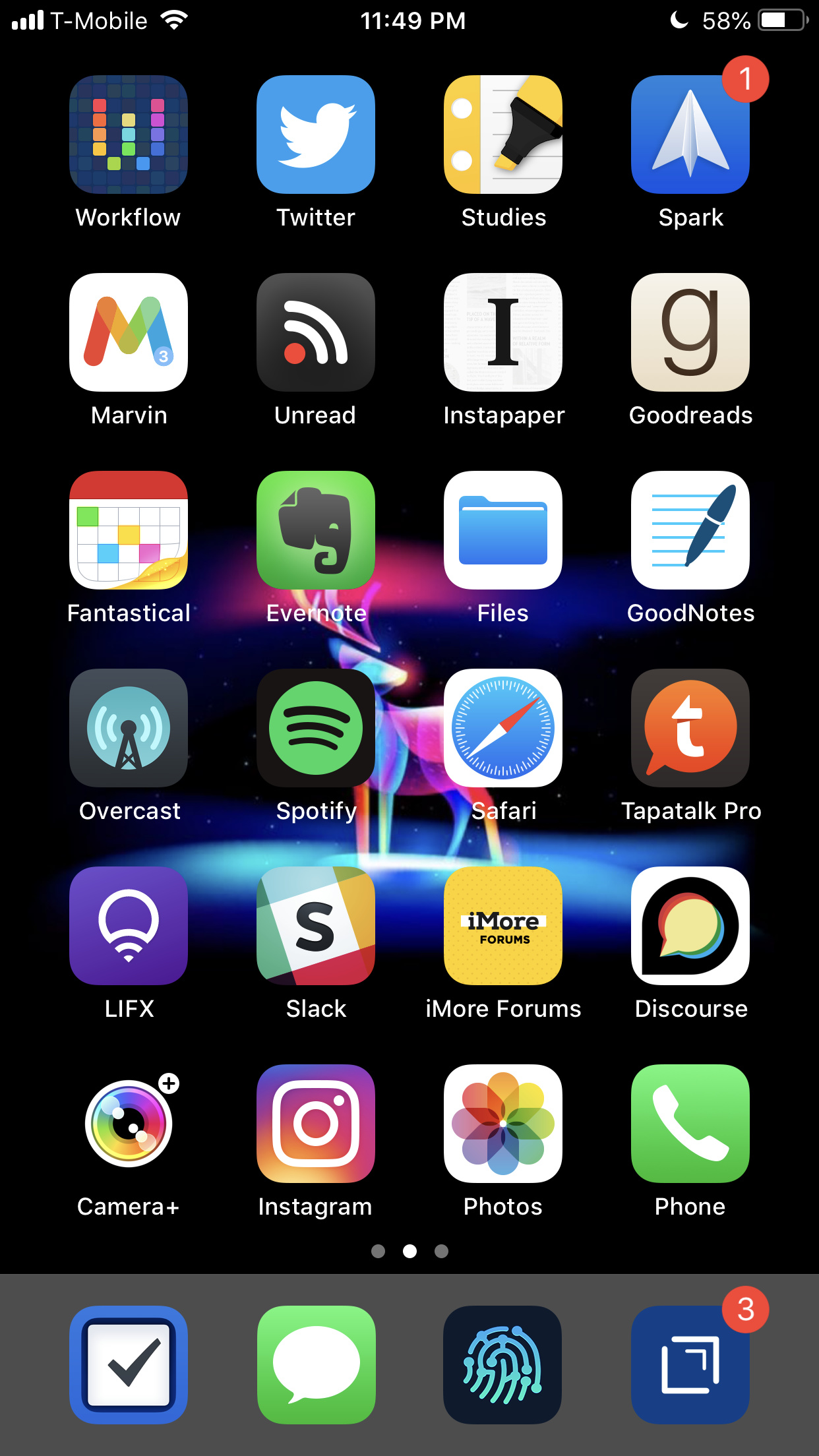 The first homescreen is all about quick access. I had the first row of folders but found it limiting. I kept adding more folders which defeated the purpose so I moved them over to a second screen. 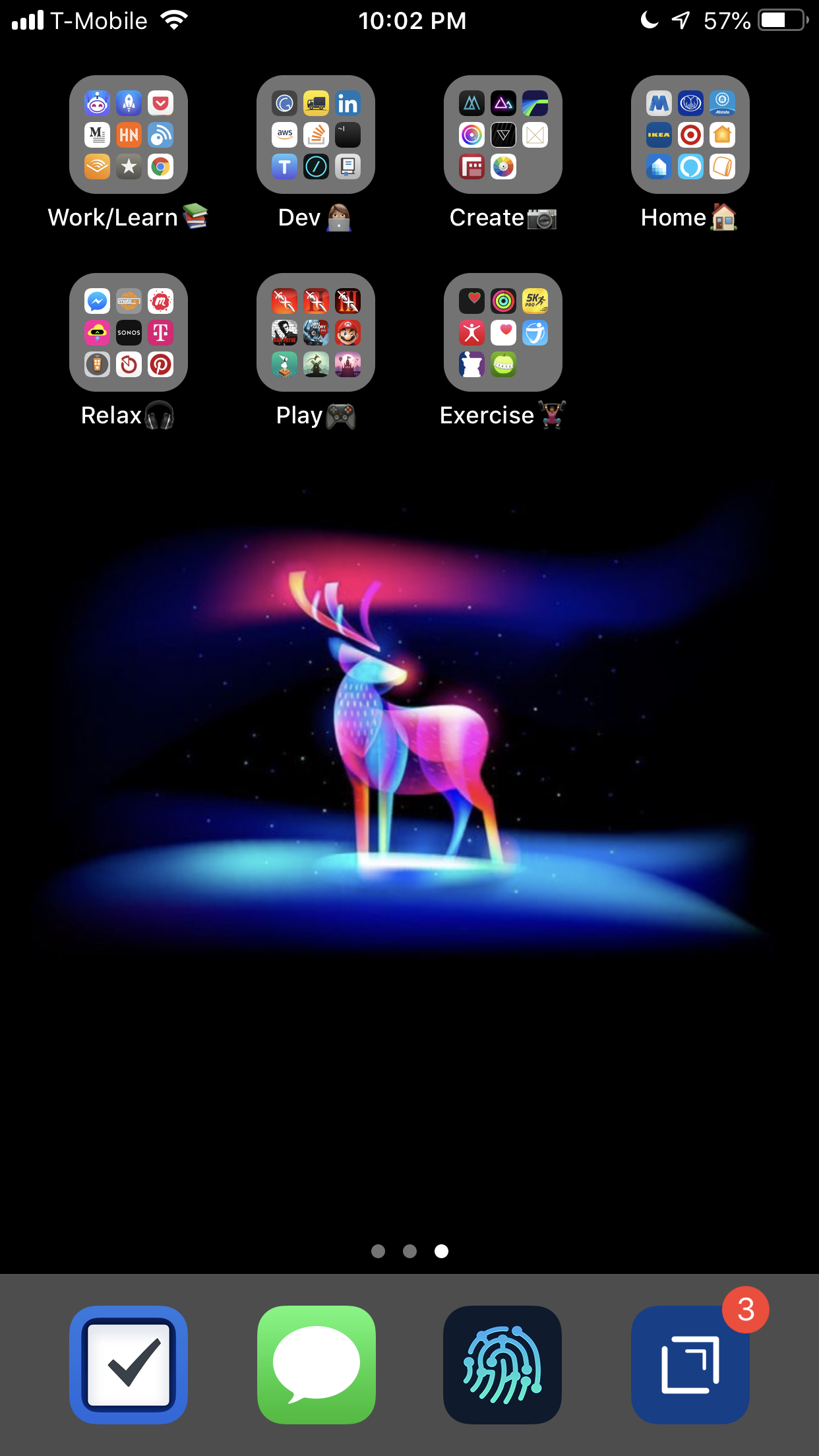 I have a one word folder name for the most part with some emojis for personality.

I don’t think I should have as many forum apps as I have on my main screen however.

I deactivated my Facebook account and find I still want to have a place, a water cooler like place to talk programming, productivity, Apple tech, and books. I keep the forums on the homescreen for that reason.

I think the rest of these apps are self-explanatory.

Every time I try a new podcast app, I come back to Overcast. Recently tried Castro. The rich notifications are much better than Overcast’s but the Watch app is buggy and it doesn’t sound as polished as Overcast. I should know better than to keep hopping between podcast apps but it’s so tempting to try new apps as a ‘power user’.

How did you get the dark overcast app icon? Would love that as I constantly mix up Overcast and Audible because of the similar colour and usage (listening to stuff).

I believe the option to change the icon is one of the premium features.

How did you get the dark overcast app icon?

Thanks guys, just started my premium tier:) Marco deserves it anyways for this great app.