Well, I was really happy with my late 2013 15" MacBook Pro, but my university buys me a new computer every 4 years. It’s a bit scary after hearing so many negatives about the current MacBook Pro, especially with regard to the keyboard. Even so, here we go. Been using it for a couple days now, and while I like the keyboard on my 2013 better, the keyboard on the 2017 is fine and I will get used to it (as long as it holds up). Using it does feel a bit like a dongle jungle, but my solution was to buy a couple of small hubs to place in my primary use locations so I do not have to unpack an entire networking system each time the laptop gets turned on. Might sound odd, but this setup actually gives me more flexibility than I had previously with two USB ports as the hubs contain HDMI, ethernet, and card readers (along with 3 USB ports). Jury is still out on the touch bar so I will have to get back later on that. 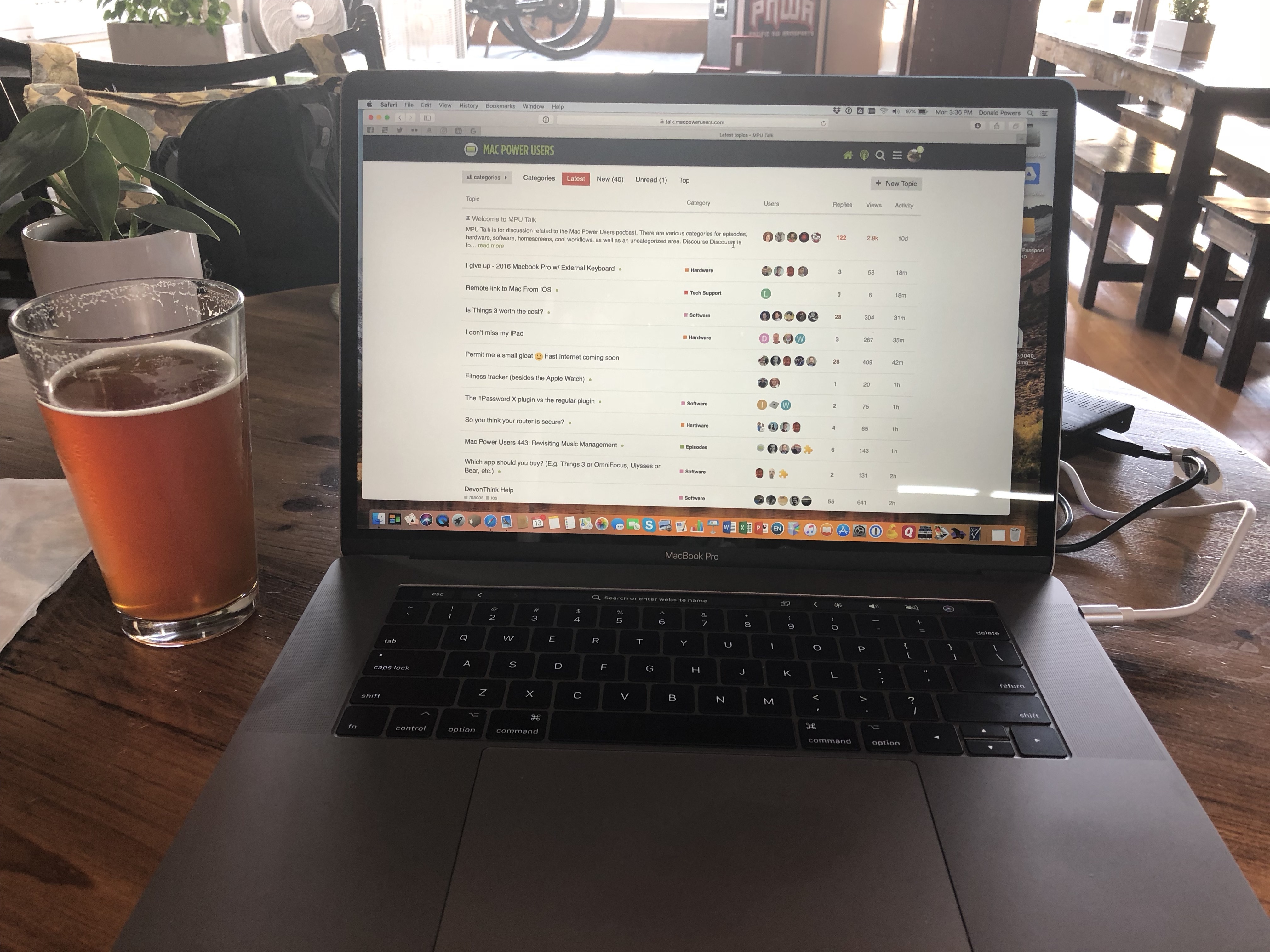 Yes, it was. Even had a second before I went home.

Great colour, great glass, and fully recyclable. The MacBook’s not too shabby either.

This is why I recently bought a second hand 2015.

Touch bar, no magsafe, less comfortable keyboard and lack of ports on the 2016-2018… I don’t do video editing/3d modelling so didn’t need the extra horse power and this feels plenty fast for research, writing, web browsing, watching videos, reading etc

Going to buy a new Macbook when/if they fix these otherwise will be switching to Windows 10 (which I love as well).

Okay, I have been using this laptop for 10 days and have to admit that I am kind of liking it. I am used to the keyboard so that is not a bother (as long as it doesn’t break), and the hubs I bought have made the Thunderbolt ports a non-issue for me (kind of used to plugging in an external HD since my previous laptop had a small SSD). The touch bar is growing on me. Don’t use it a ton since I use a mouse (not a trackpad guy), but when I do it works well. Might change my mind after more extended use, but so far so good.

Been using the new laptop for a month now and do have a few issues. Most prominent is that the thunderbolt ports are a bit quirky. For example, one day when I experimented with moving my HDMI connection to the left side ports to see if that would make my slide advancer work better I could not get Quicktime to do a screen recording of my lecture. Sadly, no podcast for my students that day. Since then I have discovered that if I connect my slide advancer and HDMI to a dongle on the first right side thunderbolt, and the microphone to the second right-side thunderbolt, everything works well. Guessing this is something Apple needs to address.

Thought I would provide an update on how things are going with my laptop. Over the past couple weeks I am finding that I am becoming less enamored with keyboard. It is not so much the feel of the keyboard which gives me issues, but I am finding that frequently in the middle of typing the cursor seems to jump to some random location on the page half way through a word so that my typed characters end up someplace well away from where I intended them to be. Not sure if this is an issue with the cheaper feeling keyboard or my ability to type on it. If the latter hopefully I will get used to it.

I am actually liking the Touch Bar. For me, at least, it makes some tasks easier. For example, when I am done doing a screen recording of one of my class lectures I can simply end the recording from the Touch Bar. That is really helpful.

The battery seems to last substantially longer than my last MacBook Pro, but the age of my previous laptop might have something to do with that.

I am enjoying the fact that the laptop boots when I open it. Seems like a natural thing.

Still getting used to plugging in everything via the thunderbolt ports. Think I am finding that not all dongles are equal, and that there is perhaps issues with where you plug things in when you connect to multiple peripherals.

Probably have another update in a couple more weeks.

Yes, it was. Even had a second before I went home

I wish I could drink on the job

As someone who works with 2nd grade students I many times have wished for a drink on the job though save it for the weekends.

am finding that frequently in the middle of typing the cursor seems to jump to some random location on the page half way through a word so that my typed characters end up someplace well away from where I intended them to be.

That sounds more like a trackpad issue. Could you inadvertently be bumping the bigger trackpad on this laptop while typing?

I’ve had the jumping cursor issue on my 2017 MPB – and had it also on the MBA I had previously. It’s the way I sit and hold my hands while I type. I’ve had to train myself to not inadvertently touch the trackpad with my palm. I’ve also noticed this is less a problem with Mojave for some reason.

An MBP 2017 model has been my introduction to Mac, previous systems have always been either Linux or Windows.

I nearly went for another Windows machine as I wasn’t keen on the idea of the Touch Bar, I use a lot of keyboard shortcuts so the thought of the function keys being missing was a concern. I’ve ended up quite liking it though and now, I would choose a Touch Bar model over a non-touch bar model.

I quite like the keyboard too, just have to keep reminding myself to type softly and not pound away at the keys though.

I’ve grabbed a few usb-c adapters & intend to buy USB-C peripherals from now on though to make life easier with some existing devices I got replacement cables, an amazon basics USB-C to Micro-B for a card reader and a USB-C to Mini-B for a graphics tablet have both worked fine.

Actually was not on campus. Just relocated to a relaxing after work tap house to get a little more work done.

Wasn’t really on the job. Had left campus for the day and was catching up on a few things at a local tap house.

Update: After 3.5 months of using this computer I officially hate the keyboard. Check that. Frankly, I don’t think it is the keyboard so much as the large trackpad. What I keep find happening with high frequency is that a random touch by my palm or wrist on the trackpad moves my cursor to some random place on the screen. This is particularly annoying when I am word processing and find myself typing in the middle of an already completed sentence. Ugh!

I turned off tap-to-click years ago. I have never had problems with the cursor being in random places since I did that.

A small suggestion if you do that a lot: 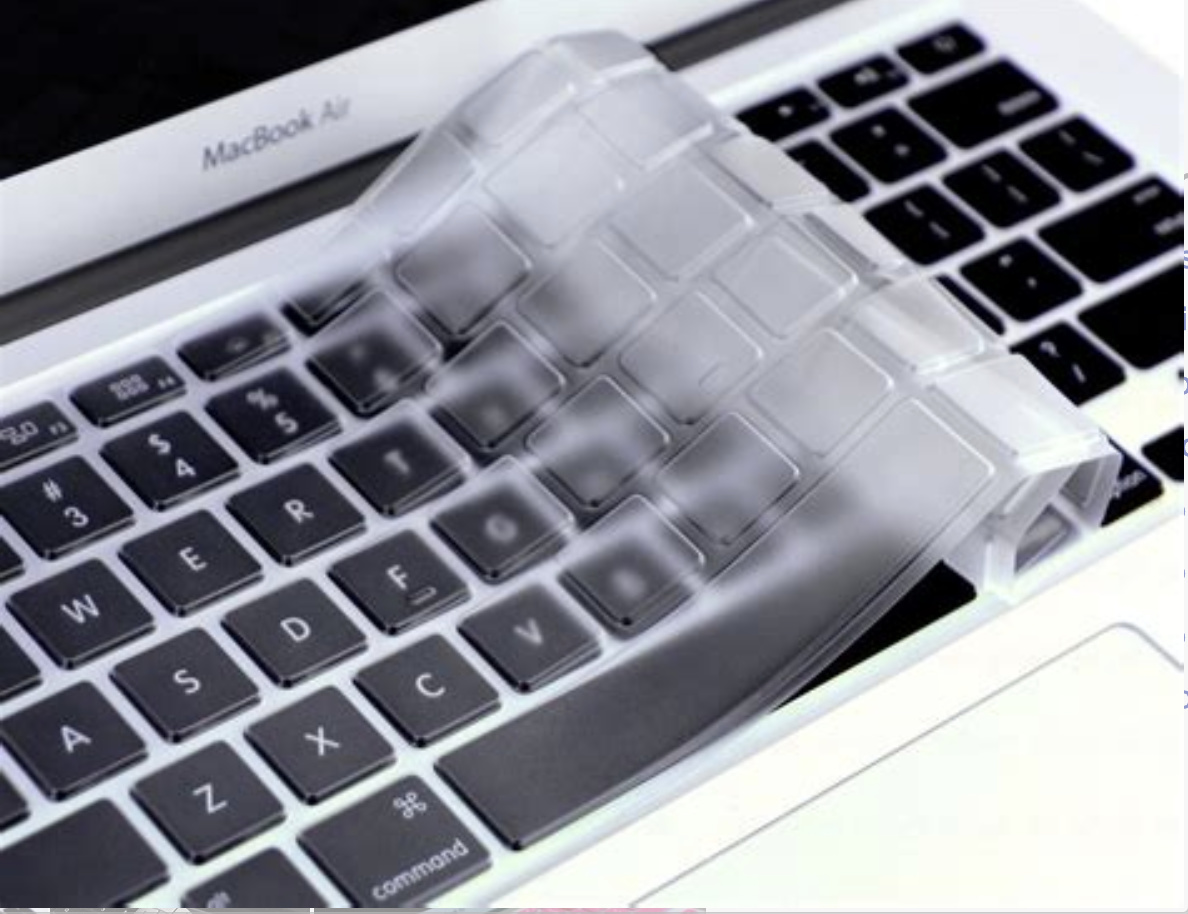 ^ YES to secondhand 2015, for ALL the reasons you provide. No compelling reason to upgrade vs. the downsides, and I’m not sure I want to invest $5-6k on an Intel Mac when most signs point to Apple switching to their own silicon in the mid-term future.

I’ve been running a 2012 Retina MBP 2.6/16/256 (now an Aura 1TB) since they were released (the first Mac I actually longed for enough to pre-order, and my first was a IIx) and it has been the workhorse of my dreams, mostly doing visual design and web dev work with occasional Logic and video editing use. I had to replace the trackpad under AppleCare, and I paid for a fresh battery less than a year ago, but otherwise problem-free. I decided to pick up a 4K monitor (Samsung U28E510) once they came…