Apple delivered, in my opinion, with the recent update to the new MacBook Air - except for that keyboard

The keyboard is the only reason that I did not go for that computer immediately on release. I have been going back and forth since. I’m using a mid-2013 MacBook Air with 1,7 GHz Intel Core i7 and 8GB of 1600 MHz DDR3 Ram and a 256 GB SSD.

On good days this machine feels fine. But some days, it’s just so sluggish and it’s not worth to hang on to it. In all fairness, I have a lot of apps open at the same although that shouldn’t be a problem with MacOS.

Switching apps is not lightning fast anymore. Switching tabs in Safari is sluggish - I always a lot of tabs open at the same time. The battery is not good anymore and I’m at about 1200 charges in nearly 5 years. I charge my Mac at least once or sometime twice a day.

I don’t do any heavy workloads, like photo or video editing. I will occasionally watch Netflix or YouTube on my MacBook Air. But those apps mentioned above are usually where I am during the day. So will this new MacBook Air with 256 GB be fast enough for my needs? Or should I go for a MacBook Pro - in which case it would definitely be the MacBook Escape, which is a shame due to the older keyboard and the lack of TouchID. I don’t see any way of updating just the processor in the new MacBook Air. I can only choose the size of the SSD and between 8 and 16GB. I’m really tempted to go for 16 GB to be on the safe side. I’m gonna have this MacBook Air for the next 5 years. I’m in for the long haul. Is 16 GB better for me? For that reason, being in for the long haul, money isn’t really an object for me. Will a 500GB SSD also bring faster SSD speeds and a faster performance? If I go max on the RAM and 500 GB, I will be looking at 15000 kr or 2404 USD. That is a lot.

So, I think I’m gonna go for a new laptop. The only question is, which one should I get? Which current laptop will best service my needs? A new MacBook Air og a MacBook Pro?

I don’t think there’s much to debate really. I don’t like the TouchBar and I won’t like it. So the only real option is the new MacBook Air. But that keep keyboard really keeps me back.

I don’t have a lot of typing experience on it. I have tried it on the new MacBook Pros, but not for an extended period. So the question is: will I come around to it? I write a lot on my current MacBook Air and I really like that keyboard. But its so sluggish that when I type in Ulysses at times in big documents, the characters don’t appear immediately

But, I don’t there is any way around it. I’m not an iPad person and I don’t see myself transitioning to an all-iPad environment anytime soon. But this new keyboard, sigh. But it is the way that Apple has chosen. If I want a new laptop, I don’t have any other choice and I just have to go through with it.

Another thing I’m wondering about is whether to go for 256 GB or 500 GB. Right now I’m at 79 GB of 256 GB. But will that be enough in 3 years time? It probably will. Photos takes up about 44 GB. Documents about 44 GB and iTunes about 33 GB, which I suspect is all the Audiobooks that I keep in there and will continue to add to. System is about 27 GB.

Will it be enough in 3 years? Am I pushing the limit? Will topping up to 500 GB in the new MacBook Air bring me more speed?

Another thing, I want to ask you, is what should I get in terms of additional equipment? I always carry an extra charger in my bag when I’m out and about. So an extra charger. I’m a teacher and I use my MacBook Air to connect to bigger screens through a Thunderbolt to VGA cable. I’m sure that will still work on the new MacBook Air, right? Any other cables or extra things that I should consider?

The next question is, how much can I charge for this Mid-2013 MacBook Air when re-selling it eventually? It’s slow, yes. But a clean install might help the new user with that. I have never played games on it and I have never really pushed it that hard through editing of photos or videos. There are no cracks or scratches. The keyboard is used but works fine. I usually always max out when I get a new laptop, so as far as I remember, this MacBook Air was the top of the line in late 2013, when I purchased it. How much should I charge for this? I’m in Denmark, bear that in mind… @Tonny_Bukdahl any ideas?

I’m gonna do a clean install on the MacBook Air and then install apps manually and set everything up manually. I don’t like doing Time Machine transfers on a completely new machine. I know that it doesn’t make sense, but I just prefer to have it completely clean when getting a new laptop. Any things I should remember when starting a new Mac and selling an old Mac? It’s been 5 years since last time…

Any other ideas or thought, then please let me know

Based on what you’ve said about your workload, I think the new MacBook Air is probably the right choice for you. I don’t see anything that you do that would hugely benefit from the faster processor in the Escape. I do think you should get 16GB of RAM (the 8GB in your current Air probably contributes to its slowness). More RAM and the faster hard drive in the new Air will make it a lot snappier.

On storage, I think you could go either way. Since you’re less than 100GB right now you could probably get by with 256GB. If it were me, I would probably go with 512GB of storage if possible. I tend to view extra storage as insurance against future needs. However, if it came down to upgrading the storage or upgrading the RAM, do the RAM first.

You’ll need a USB-C to VGA adapter (welcome to dongletown). If you have any other USB-A accessories that you plug in on a regular basis (external hard drives, iPhone/iPad, etc.) you’ll need a USB-A adapter. There are options that provide both VGA and USB-A in one dongle.

I like the new MBA a lot, spent 20 minutes or so playing with it yesterday at the Apple Store. I think you’ll find that you’ll acclimate to the keyboard fairly quickly. My experience with the current MacBook was that after using it for a while ‘regular’ keyboards felt annoyingly mushy.

Apple offers a 14-day return period so there’s no downside to getting the less expensive machine and putting it through its paces.

I’d still consider a MBP. I wouldn’t switch back to a Mac without a Touch Bar.

I 😍 the TouchBar Hardware

Great idea! I’ve pinched a couple of yours for my general setting: [02] Hide windows | Create an empty note | Zoom (useful in lessons) | Left 2/3 | Right 1/3 XCode: [17] Run | Comment out block | Re-indent block | Backup current project | Speak selection (useful to know how Siri will say something). I added one or two extras to individual apps, but I’m keen for other ideas! Finder: reveal Yoink. Chrome: reload the current tab as cmd-R doesn’t always do it. iTunes: add artwork and lyric…

I’m thinking about actually doing a smart transfer via Time Machine. I have never done it before. Is it advisable to do a complete restore? 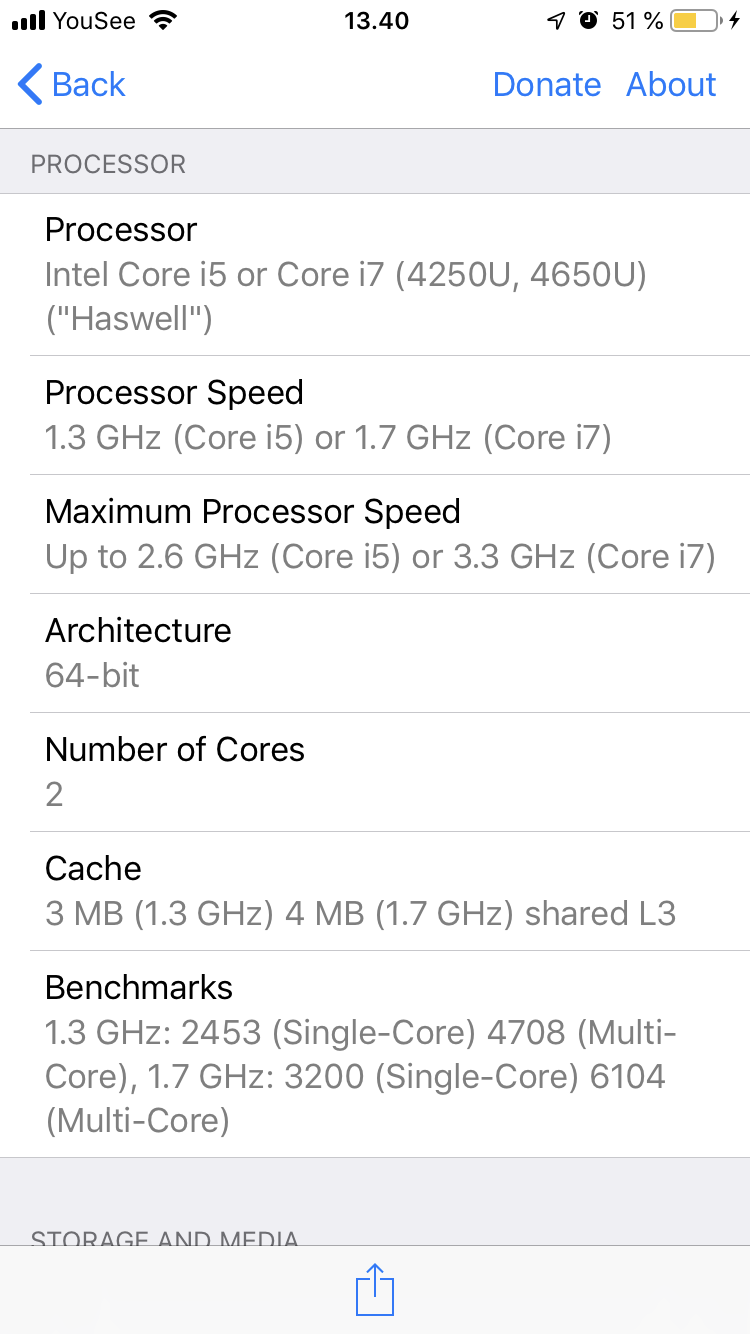 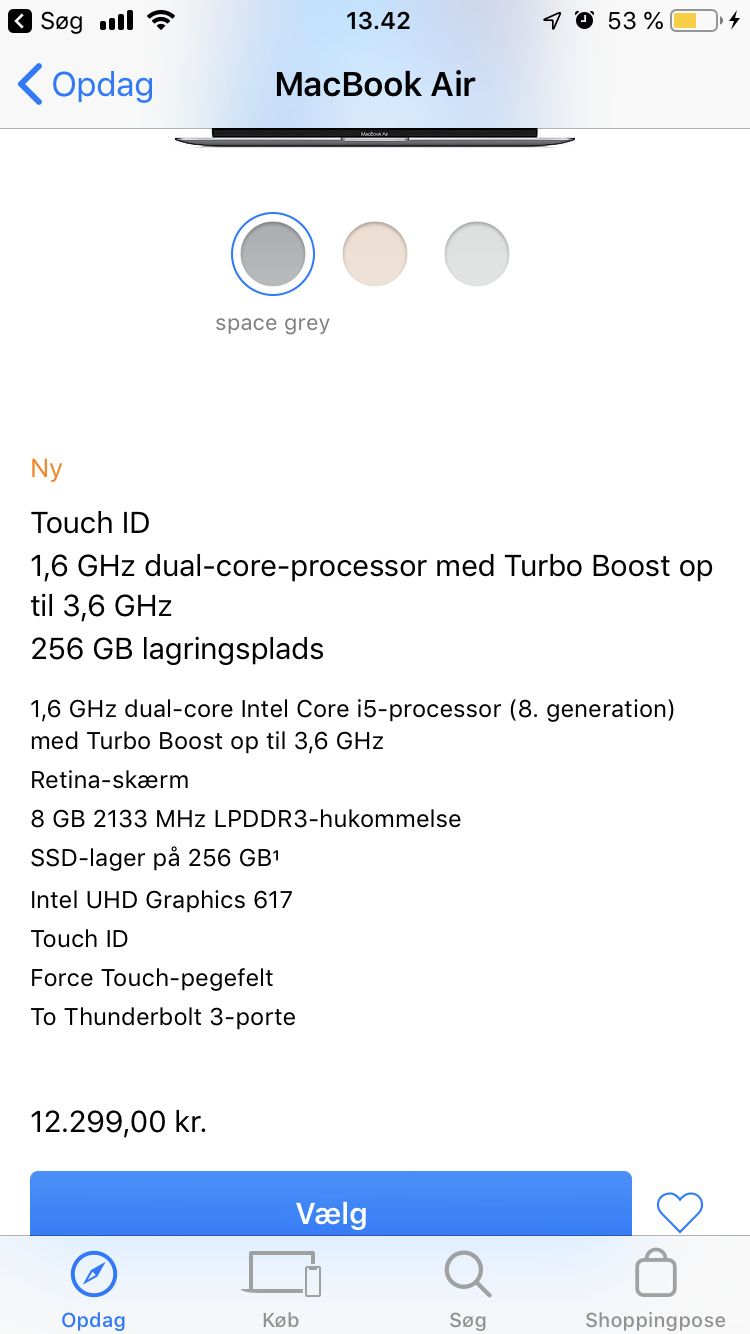 I’m asking because when I’m just reading the specs, it sounds a lot like the same… am I wrong? Is it even comparable?

It took me a while, but I’ve grown fond of the new keyboards. I now genuinely enjoy typing on them, to the point that when I use my old MBP’s keyboard (repurposed as a media server), it feels strange and I think it a suboptimal typing experience.

Comparing Geekbench scores, the new Air scores 4248 single-core and 7828 multi-core. This means for most tasks (single-core) the new Air will be 32% faster. For apps that can take advantage of both cores (photo, video processing, which you say you don’t do) the new air will be 28% faster. The 16GB of RAM will speed things up only if 8GB was causing swapping (which it might with lots of browser tabs, especially with Chrome which is a hog).

Thanks! it’s not like we have much of a choice. I’ll have to get used to it now, since I spent a ton of cash on it

Thanks a lot. That’s really reassuring, that it is significantly faster. My current MacBook Air has really slowed down a lot since I installed Mojave

Does anybody have a good list of what to do when selling a MacBook and setting up a new one?

That will be a nice configuration, I’d get the same

Can anyone confirm that all these dongles will work with the new MacBook Air. I’m new to dongle-town and not complete sure that I got all the right dongles 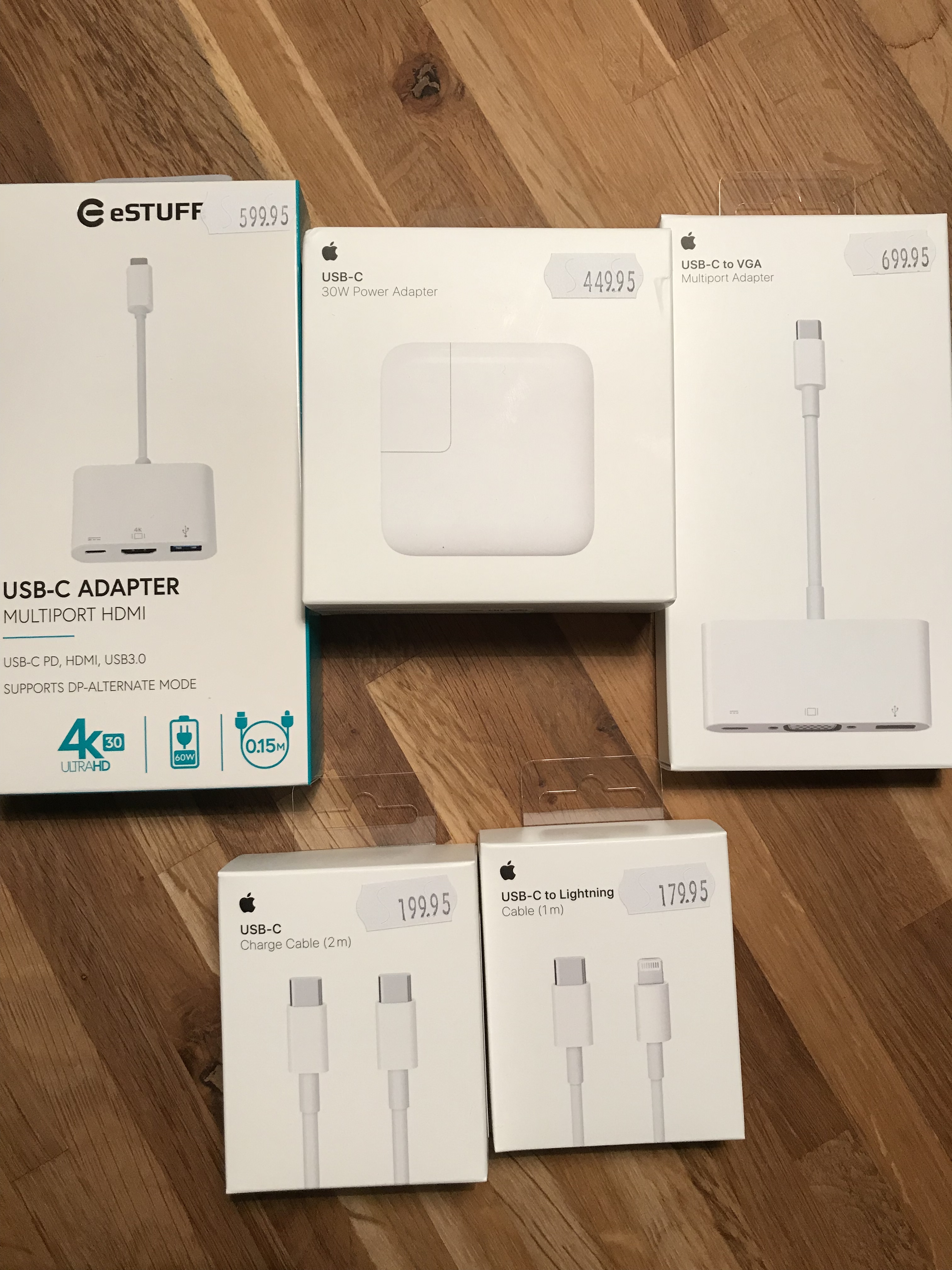 power supply and charge cable should be included - why buy another?

Like CGP Grey I always keep an extra around. I have one in the house and one in my bag. Simple as that

I’ve got three power bricks for my old MacBook Pro (one on the desk at home, one at the desk at work, one in my bag for travel). I’m up to five for my iPad (kitchen, home office, work, and each of two different bags).

Nearly the same for my iPhone. I don’t want to have I worry about charging or ripping chargers from the walls as I leave my home

When I exchanged my MacBook Air I:

When installation was done I created a temporary admin user skipping the option to log into an Apple ID and then I logged into Manage your Apple ID and removed the MacBook Air from “Your Devices” - that should be it.

Tak Tonny. The logging out part is really important. Also. I’m going to keep the old MacBook Air around for a couple of weeks before selling it in case I forget something.