Regarding the best chromium browser: I never stated anything like that.

And believe me, I am not surprised.

To each its own.

The Microsoft White Paper doesn’t address why it tracks Mac users, doesn’t say its token can be removed or deleted. As to the examples I gave, I think you understand the part I quoted was you sidestepping questions with vague references.

The Trinity College report found that Edge shares users’ browsing history with Microsoft, along with identifiers that indicate the location or identity of the user. The fact that this data is being stored on Microsoft servers means it’s also subject to be shared with government agencies or third-party commercial partners — and could be disclosed in a data breach. The data being sent to those server servers is anonymized, tied to unique identifiers specific to users’ devices. But extensive research has shown that such data can usually be easily “de-anonymized” by connecting a few known data points about a person. 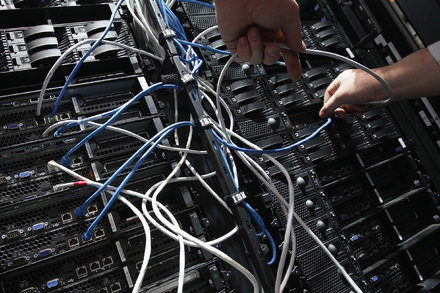 Your Data Were ‘Anonymized’? These Scientists Can Still Identify You

Computer scientists have developed an algorithm that can pick out almost any American in databases supposedly stripped of personal information.

The report found Microsoft’s Edge browser, and the Russian Yandex browser, to be “more worrisome than the other browsers studied” because both browsers send unique, strong identifiers linked to the device being used, which cannot be changed. Both browsers also send browsing data via the search autocomplete function. And that white paper couldn’t find a way to prevent this data sharing.

So, although you may find this tracking and lack of privacy to be acceptably “usable” thankfully there are alternatives that really are protective of user privacy, are full-featured, well-supported, and fast. Because of this I see no reason to use the Edge browser, especially when its most vocal adherents can’t muster a good explanation why Edge should be chosen over Firefox, Safari or Brave.

There is no correct opinion.

When I downloaded Edge on the Mac - which is the CHROMIUM browser, as opposed to the Webkit-variant on iOS - it did not let you change the search engine.

It does let you change the search engine…
https://support.microsoft.com/en-us/help/4556712/change-your-default-search-engine-in-microsoft-edge

the Mac version does NOT come with ad blocking.

How hard could it possibly be to install uBlock Origin?

you pooh-pooh Brave’s faster speeds despite video evidence (here’s another one!).

Both browsers have their benefits in terms of speed. It really depends on how heavy the webpage is and the strength of the internet connection.

Have any news articles popped up about the specific “privacy issues” you’ve mentioned?

you seem to think that somehow validates your unsupported assertion that it’s the “best Chromium browser” - some anonymous user’s comparison that doesn’t include any other Chromium browsers. Pretty weak tea.

I never said that it validated my opinion. You’re getting worked up over a browser.

Besides, you’re just as anonymous as that Reddit user. We all are.

I’m glad to hear that you’re not forced to use Bing on your PC. Not interested in checking out Edge again so I don’t know if that it also the case on Macs.

Again, you’re not forced to use Bing in Microsoft Edge (on either the PC version or the Mac version).
https://support.microsoft.com/en-us/help/4556712/change-your-default-search-engine-in-microsoft-edge

Really? I think PrivacyTools has a good summary here, with “Don’t use Windows 10 - It’s a privacy nightmare ”

Oh, so you don’t just hate Microsoft Edge? Why can’t we throw our bias aside and stop arguing?

If you know of any configurations that block Microsoft’s baked-in hardware-based ID tokens I’ve really love to hear about it, and let others know. Otherwise we’re talking about a ‘usable’ OS and browser that identifies and tracks you relentlessly, which more knowledgeable users, like those who congregate on forums like these, tend to avoid.

Nobody on this forum is more intelligently superior than anyone else. I don’t like having opinions forced down my throat.

Agreed! But if someone chooses to state an opinion without evidence (eg this is the best Chromium browser) or responds to issues of privacy while sidestepping the question with vague statements (eg ‘There are configuration options out there’ that make the Microsoft product ‘usable’) that person shouldn’t be surprised to meet skepticism.

I assumed that you had done your research regarding Microsoft Edge, so why would you need evidence?

All in all, I’m confused as to why you’re obsessed with me and my opinions (which are neither correct nor incorrect by the way, as they’re simply just opinions).

I see no reason to use the Edge browser, especially when its most vocal adherents can’t muster a good explanation why Edge should be chosen over Firefox, Safari or Brave.

So far, you’ve only mentioned privacy and speed. What about the RAM usage of Microsoft Edge? What about HTML5 support? What about other browser benchmarking tests?

There is no correct opinion.

There is such a thing as a claim based on facts, and then there is the type of content-free cheerleading you’ve done, combined with a refusal to support your claim or answer questions about it, while engaging in absurd hominems (“clearly hates Microsoft Edge with a passion… you’re obsessed with me and my opinions”).

I think we’ve pretty much given up on your actually supporting your claims at this point. Like it or not people here can decide whether your Edge encomiums have any basis to them or not, and can decide that whether they want to use a browser that tracks you that you cannot stop, remove or hide when there are so many better options (for reasons discussed here and elsewhere on the forum).

Brave Blows Up Its Whole Reason for Existing

As a software company in the browser space, Brave’s made a name for itself by putting user privacy first and monetization second. But now, some of its users are pointing out that the pledge might be a bit duplicitous. As first pointed out by the...

The article’s content is thankfully better, and notes, “As far as gaffes in the digital privacy sphere are concerned, this one is actually fairly minor” We did discuss this over a week ago.

No argument re Gizmodo clickbaiting, but thought it was relevant. Sorry I missed the previous mention of this. My apologies for intruding on the conversation.

Honestly, we should simply stop bickering and end this argument. It isn’t worth the trouble.

I must’ve missed this Brave fiasco during all the bickering in this topic.

Brave's CEO has apologized and promised it will never happen again.

Brave privacy browser may have violated FTC and GDPR regulations for automatically redirecting users to affiliate links after they entered the name or URL of cryptocurrency sites.

I think that’s fair to say. So if you are a hardcore Microsoft user (e.g., someone who would use MS because they want to and not because it’s “better”), use windows!
Also, this ain’t a subreddit

That aside, I realize you can config Edge (and even Windows) to get what you want. But the whole reason I use Apple stuff is because everything comes “in-the-box”. Everything is setup nicely so you can use like a normal human if you don’t want to mess with the settings. If you want to, great! but if you don’t, Apple lets you do that too.

Within hours of being called out on it the CEO said they would remove it (they did), and it would never happen again.

Do you have any solid proof that they actually did remove it?

Also, that CEO guy kind of acted like a jerk on Twitter. Quite a few Brave users in that Twitter thread were disappointed and put off by the whole situation, resulting in many of them deciding to switch browsers (that doesn’t speak towards the entire userbase of Brave, especially yourself, but I thought it was worth mentioning).

To get back on topic for the thread

I have a feeling that you just don’t want to hear what I’m saying, but maybe you can prove me wrong.

The PDF doesn’t include Safari smh

Do you have any solid proof that they actually did remove it?

Yes, it was changed with a browser update the next day. You can do your own research about it - it isn’t hard. (Just make sure it hasn’t already been discussed this time before breathlessly resuscitating a six-week-old thread.

Seeing as this thread is about Edge, just a note on the continued scumminess coming from Microsoft: for one, Microsoft was making it launch automatically on Windows and after an outcry finally revealed how to stop it. But even now, it continues to pin itself to the Windows desktop and taskbar and insist on asking users to switch to it from Chrome… and Microsoft won’t let you uninstall it on Windows.

Between this and the hardware-based tracking, it’s amazing to me that people would choose Edge now.

Yes, it was changed with a browser update the next day. You can do your own research about it - it isn’t hard. (Just make sure it hasn’t already been discussed this time before breathlessly resuscitating a six-week-old thread.

If it isn’t that hard, then go ahead and provide me with some solid proof. Otherwise, it seems like you don’t have any actual proof.

Microsoft won’t let you uninstall it on Windows.

Both Safari and Microsoft Edge cannot be uninstalled from their respective operating systems because they’re deeply integrated and could cause problems if removed. For example, what if a computer novice uninstalled Microsoft Edge and didn’t have a different browser already installed? They would have no way to access the internet (not to mention that it would be an absolute technical support nightmare).

If it isn’t that hard, then go ahead and provide me with some solid proof. Otherwise, it seems like you don’t have any actual proof.

Hopefully you possess the necessary googling skills to look into it for yourself if you’re so interested or dubious. If you find anything that disputes my answer please post it

@MacSparky can you please close this topic. I think it went away from the original topic.

It turns out that some Mac Power Users…

(I’ll show myself out, not need to throw me)

Yeah, please close the topic. It feels like I’m talking to a brick wall.

Yes please close the topic. It went off the rails when it got hijacked it to another product/topic for starters.