"Nobody Should Buy the new M2 MacBook Pro"

That’s quite a statement from 9to5Mac

That said - they are bringing back the Touch Bar? But not on the higher end MacBooks? That’s a bummer. I would like one as a traveling replacement of sorts for my StreamDeck. 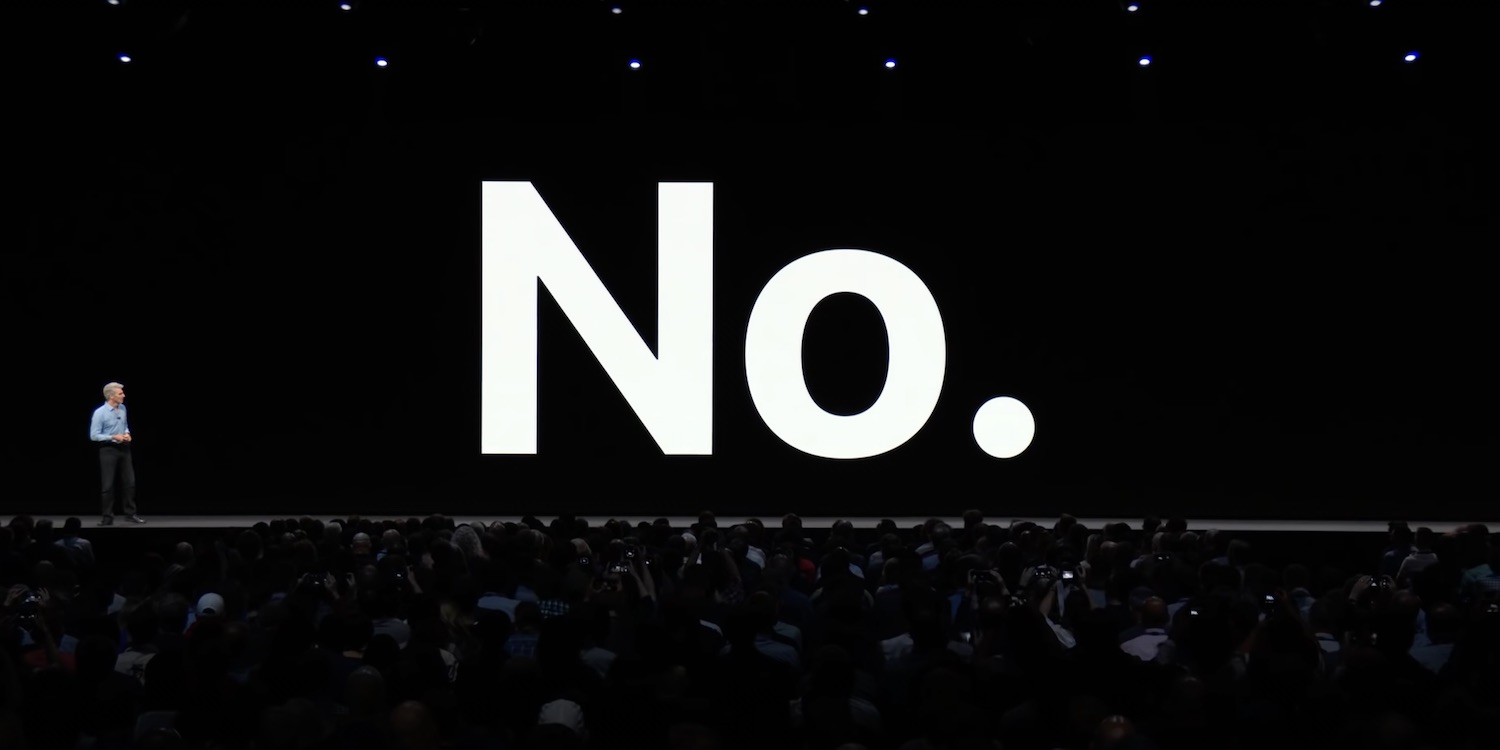 Should anyone actually buy the new M2 MacBook Pro?

The new M2 MacBook Pro has been on the market for almost a week now and the more we learn about it, the more perplexing of a machine it becomes. In fact, it has us questioning whether anyone should even buy it. If you’re considering the M2 MacBook...

I think that has been the statement from every podcast or YT video I have seen about the machine.

I wouldn’t say they are bringing back the Touchbar, it never went away on that machine.

The consensus seem to be that this is merely a product used for anchoring the low-end price point for the MacBook Pro product line - something to put on the “Starting from (insert artificially low dollar amount for an under-specked machine)” slides.

That’s a reasonable assumption. Covid hit at the perfect time to torpedo Apple’s SOC transition and they are reusing as much of their existing manufacturing processes as possible.

That would be a really expensive and wasteful reason to make a product. I think it’s around more for education/corporate purposes myself.

I actually bought the first M1 13-inch MacBook Pro in November 2020, it was my first M1 machine and it was great. But when the 14 and 16 inch MacBook Pros came out, I bought one of those and gave the 13-inch to a family member. It was an amazing machine at the time because it was the first one, but it doesn’t seem to be a good idea now that the 14-inch is there. It’s not the first time Apple has let a product linger around for years before killing it.

I don’t mind the 13" Pro exists, but I think it should eventually be relegated to press release updates to signal its non-flagship-ness.

“Most podcasters” need to get a little perspective. For anyone not already on the Apple Silicon bandwagon, the M2 MacBook Pro is a fine machine — it makes as much sense now as the M1 MacBook Pro did when it launched in 2020.

Every reason I’ve heard that it should “not be a thing” seems to come down to “it doesn’t fit in the lineup”. To which I say, so what? I’m still rocking the 2020 M1 model and will be for many years to come, as will many owners of this product.

This is good to hear. I’m currently using the M1 MacBook Air as my primary machine but it’s not powerful enough to deal with fairly minimal a/v load I give it. I’m hoping that the new M2 Pro will handle the load better. Since I use an external monitor and a third party webcam the down sides on these aspects don’t bother me much.

… M1 MacBook Air as my primary machine but it’s not powerful enough to deal with fairly minimal a/v load I give it.

A lack of power is not something I have experienced with my M1 MacBook Air. I can see there might be a problem if your workload requires more RAM, more SSD space, or more GPU cores than what can be spec’d on an M1 MacBook Air. But when I first got my new MBA it was so clear to me that it was running rings around my 2018 15-inch Intel i7 MacBook Pro.

Is there any way you can quantify or describe your “fairly minimal a/v load” and where your MBA falls short?

“Most podcasters” need to get a little perspective. For anyone not already on the Apple Silicon bandwagon, the M2 MacBook Pro is a fine machine — it makes as much sense now as the M1 MacBook Pro did when it launched in 2020.

They’re just saying that it’s been superseded by the 2021 Pro and the 2022 Air for enough people that there will be too many accidental purchases of it, not that you shouldn’t have bought your M1.

If this is accurate, no one should get an M2 at all in a laptop. 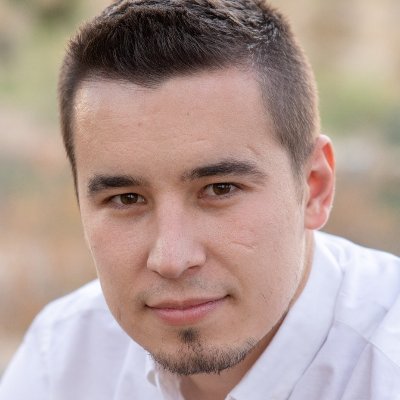 @VadimYuryev
We discovered SEVERE thermal throttling with Apple's new M2 MacBook Pro, proving that it needs a BETTER cooling system with two fans instead of one. We exported 8K Canon RAW and saw temps hit 108°C, more than we've ever seen on a Mac, even an Intel Mac. But it gets worse... 1/7 https://t.co/JFCN7qJQbf 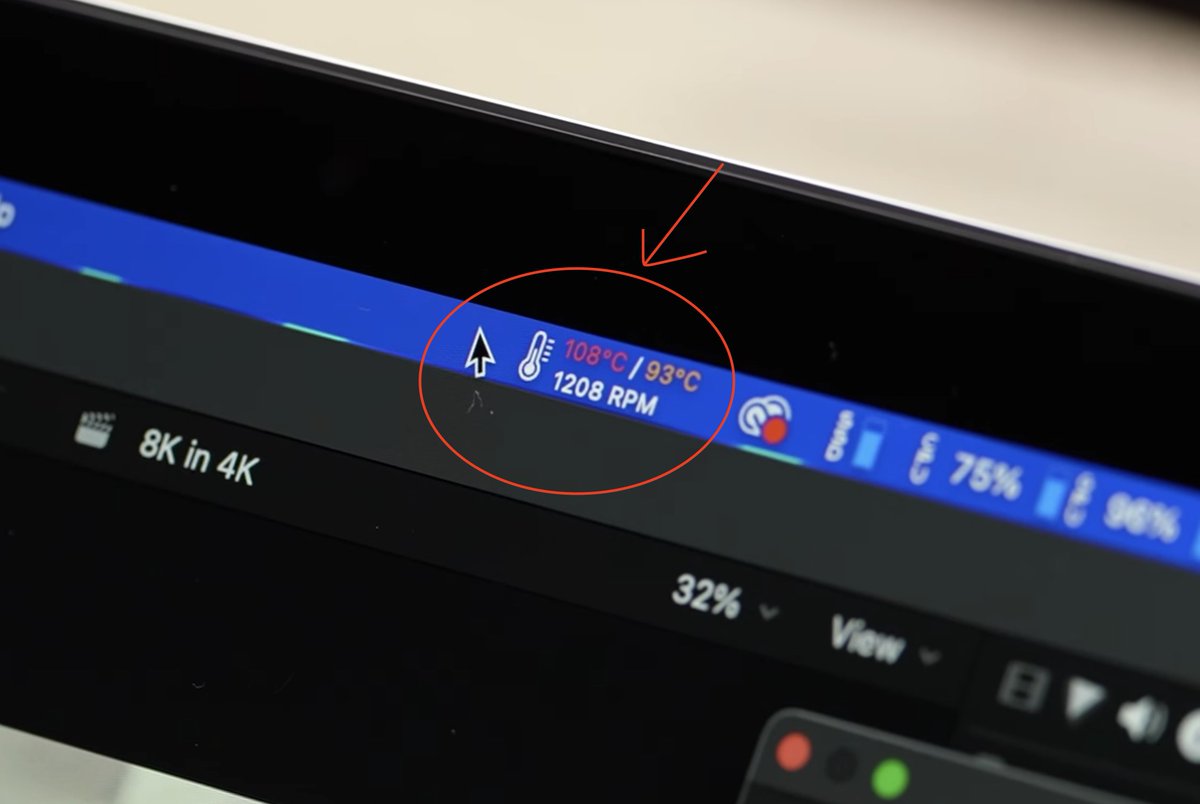 I thought about replying to this twee on Twitter, but I stopped myself. Honestly though, this tweet thread was one of the dumbest takes.

First off, there are precisely 0 people with an 8K Canon Raw workflow who also buy the cheapest MacBoom Pro. Those are self-selecting professionals who are already happy to spend big on performance. They’ll buy the obviously better machines.

Second, even in Yuryev’s test, the M2 machine was still faster! Yes, it got very hot, but again, nobody will use it for this.

Canon’s video files have a reputation for being difficult on computers. Yuryev’s sensationalist approach doesn’t leave room for that level of nuance, unfortunately. I’m a Canon shooter (not 8K though), and I would never attempt that workload on a MacBook Air-class computer. In fact, even my old iMac Pro could barely handle Canon’s 4K files (the M2 would be a huge improvement).

I get that the problem is the heat, but I’d be much more concerned if the laptop got that hot while doing something its audience will realistically use it for.

I’m inclined to agree that it seems like a dumb take. He says it throttles hard, but then shows that the M2 performed an export in 19 minutes compared to the M1 doing it in 21 minutes. Surely that means the M2 is faster and thus the throttling isn’t really a problem?

I consider the 256 GB RAM storage slow down a more problematic issue - and then mostly because Apple isn’t being up front about it.

If it gets hot very hot for a Canon 8K Raw workflow, wouldn’t that imply other things could also make it that hot? I think the point is more that it gets warm and throttles more than anything else. It might be a very unique circumstance that did it, but it did get extremely warm and had had to throttle. Something I don’t think we heard about happening on the M1 version of that machine.

I’m sure other things could make it hot, but the Canon workflow is not a reliable indicator for normal situations.

Edit to add: from the perspective of a YouTuber or a semi-professional film director/cinematographer, there is no more taxing workflow than the Canon 8K RAW workflow. And it’s not a competition.

It’s like a F150 review focusing on how you can’t fit an elephant in the bay, so the folks who work at the circus can’t replace their 18 wheelers yet. Sure, but how well does it work for your average construction gig? (You would think this is a bad metaphor because who would want to put an elephant in an F150? But that’s precisely why it’s a good metaphor.)

Something I don’t think we heard about happening on the M1 version of that machine.

Oh, I can make my M1 MacBook Air get warm. I just use an external Laptop Cooler with ventilation and fans when I’m pushing it hard. (To me, the M1 and M2 13-inch MacBook Pro machines are just MacBook Airs with built-in cooling fans.)

No, not 100 degrees Celcius! Not even close! That’s the boiling point of water! 212 degrees Farenheit! That’s like having a hot plate on your desk all the time and under your palms. Crazy, man!