Nostalgia — The 80's BBS — Minibin and The Outer Limits

Challenge, figure out the arrangements of forum/BBS software. Let’s see it’s like a multistory building. Four rooms on the first floor. (Each room had a specific subject area.) Go up the next floor and check out the rooms there.

120 baud modems were replaced with 300 baud, and I could not imagine needing faster.

Those not born then …

But for me an older one …any memories to share?

I decided that I wanted to learn a little about Forth, the computer language. The owner of the Outer Limits BBS took his site down and fed the 1541 disk drive to sent me the language. It took several hours and many disks. I did not master the language. But I still send positive thoughts his way. 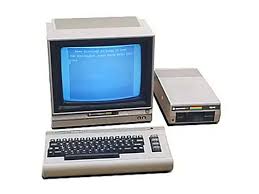 Thanks for the trip down memory lane – I well remember those days.

I was a regular user of ExecPC. I made long-distance phone calls to Milwaukee. To save on phone bills, the practice was:

This process usually started around 11PM when the long-distance rates dropped.

I also remember the huge controversy over the ARC file format; and when Phil Katz wrote PKZIP – it became an overnight standard.

My first email setup was in 1992. An old Xerox PC running DOS and CP/M!! with 300 baud modem and dot matrix printer. Using the old Genie network with about 6 friends. I would log on and watch the characters slowly cross the green screen at 300 bps. Fill the buffer, log off, and print the messages in hardcopy. We thought it was so cool, hard to believe now but it was a novelty for people from 4 different states on the East Coast to have their own email chain.

My first online experience was CompuServe with a VIC-20 and 300 baud modem.
A few months later, my first bill for online service was $149

Apple got rid of telnet, if you re-install it, you can still access BBS, some running on Apple IIs, even today.