Welcome to the Next Generation of Notability, 11.0

DOI. I am not a user of Notability.

I am not a great fan of subscriptions. It seems to my mind to have gone too far. Surely there are too many asking for subscriptions for relatively trivial apps these days.?

If developers are allowed to take back features they sold for a one-time fees, then it has become pretty much meaningless to buy apps.

LOL. subscribers will get to take “unlimted notes”

So glad I switched to GoodNotes last year.

just say no to beggar apps.

What if GoodNotes pull the same move later on? I’m back to Apple Notes for now.

So glad I switched to GoodNotes last year.

But is GoodNotes far behind the subscription bandwagon?

well GoodNotes is the superior product.

if they decide to go subscription, I will evaluate them just like I do Drafts, TextExpander, and 1Password. If their cost vs. fuctionality is worth it, I will subscribe. Notability would never pass that evaluation, even if the subscription was $1/year. It’s just not as good as GoodNotes.

Im back with apple notes. Tags actually are a great improvement

The developers or their companies have already entered into a contract with many of we consumers and they are no longer honoring them. I honestly think it might be often illegal to break these contracts.

I already paid and, in a year, I will be locked out. Oh, I stand corrected… you get the basics.

Gee whiz and they are offering it free to kids… that’s their motivation. Bless their hearts. Nice big tax write-off maybe? If I want to donate to a school, I’ll do it myself and I have donated thousands from when I was teaching in an inner city grade school. You cannot teach without books and supplies.

I predict that the bottom is going to fall out of the market eventually. Most people do not have access to unlimited funds. It is too far gone and too anti-consumer. People are really starting to express anger.

I have a couple of App Store subscriptions but they are very low. One I signed up for when I was half asleep. That’s how I got stuck with McAfee. Egads.

Who asked for a fancy update?

Sometimes when they do this it can make a big dent in someone’s life like in the case of 1Password. I had paid for it but never used it because I was afraid of something like this happening.

DayOne - how am I going to export my journal? The way I understand that it can be done but it will come out as one page. (Oh joy in the morning)

I cannot even remember there are so many of them. Many are just cyber trash.

Which ones did you have that turned over to subscriptions?

I have Notability. In all honesty, I do not use it. The UI is rather hideous and I think the only thing worth noting is you can dictate,

I have paid for so many apps that I can no longer use. Rather counterproductive when you suddenly have to go rescue your stuff.

You have got that right. I just love modifying Good Notes- terrific app. 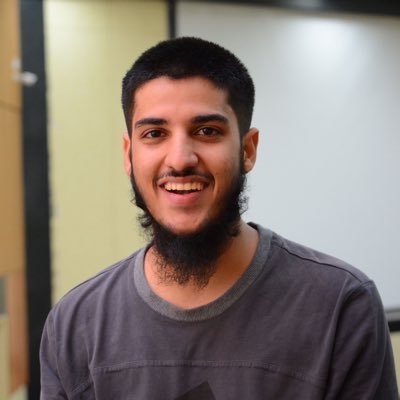 @mufasaYC
I feel sad when apps switch from paid upfront to freemium and get hate Kudos to @NotabilityApp for being an awesome app and I’d gladly support them with just a few dollars a year. Paying yearly for software should be normal if you get value from it year after year 🤷🏻‍♂️ twitter.com/notabilityapp/…

We're officially a FREE app and have some big updates to share! https://t.co/ANVxVs2nGz

Some indie developers are even defending the move and shaming on users complaining.

Another example devs pricing themselves out of the market: the Kaleidoscope app that diffs text files, folders, and images on the Mac. It originally sold for $36. I bought it for $70 from its second developer owner and now it’s priced at $140 from its third developer owner, $70 just to upgrade. I’ve drawn the line and will not upgrade. By comparison on the Mac, Affinity Photo new is $55 and BBEdit new is $50.

Kaleidoscope: A new app and a new direction for Black Pixel

Ugh. Nothing like removing features for users who’ve already paid. Granted, that won’t happen for a year yet, but still.

I’m starting to think Agenda’s subscription model makes the most sense. Want more features than you currently have? Pay up, and get all new features for the year — and never lose them.

Your year’s up and the new features don’t entice you? That’s cool. Keep the features you’ve already got.

Along the same lines, if someone contracts a pneumonia and the doctor orders penicillin and saves the patient’s life, then he should be paid for years.

Or if I teach a non-reader to read and keep in contact with the child writing letters, I should be paid indefinitely as well.

I would never begrudge developers their wages. Not at all. But they make a product ONCE and thousands (or hundreds) of consumers buy their product. Then they can take out bugs and provide tech support but the bulk of the software is basically done, right? They really are not providing a service. They are providing a product.

And ok, charge a couple of dollars a month for a subscription but something like $12 per year for Amazing Marvin is highway robbery.(I don’t mean to single out Marvin).

If a consumer uses the product for ten years, hijole, that’s a small fortune times all the other consumers.

No, I do not like subscriptions in theory or in practice. If the amount was reasonable, maybe I could live with them. But can’t you concede that some of these developers or companies are raking in a small fortunes? AND the consumer owns absolutely nothing.

How fair is that?

It is just greed far too often unless they are marketing something very complicated, unique.

this is another reason apps should not be limited to the AppStore. I am sure lots of open source alternatives would spring up if sideloading were available. Not everyone can give Apple $100/year just to put a free or passion project app in the AppStore.

I already paid and, in a year, I will be locked out. Oh, I stand corrected… you get the basics.

Ugh. Nothing like removing features for users who’ve already paid.

I’m trying to figure this out. Would this only be true if somebody is updating the app? Or does the existing, non-updated app get limited somehow?

But they make a product ONCE and thousands (or hundreds) of consumers buy their product. Then they can take out bugs and provide tech support but the bulk of the software is basically done, right? They really are not providing a service. They are providing a product.

As somebody that develops software (albeit web-based), I agree 100% that the subscription craze is insane. But just a tiny bit of clarification and pushback, if I may.

A decent amount of software has to be updated every year, whether or not features are added. Apple shuffles around stuff in the OS, and the software would stop working if the dev stopped maintaining it. So there’s kind of a baseline “maintenance” that most apps require to keep working.

“Support” can also be as much or more effort than the coding of the app. Same with debugging - although you’d like to hope most of the debugging was able to happen pre-launch.

Which brings me to…

As a point of clarification, nobody “owns” software, other than the devs of that software. Ever. What you do have is an ongoing license to use the software on your devices, that can be terminated subject to various conditions and restrictions as spelled out by either the devs or Apple in their TOS. Generally the termination clauses never apply or come up, but they’re there.

But as mentioned above, without ongoing work from the devs there would be at least a coin flip chance that the software wouldn’t work as expected on iOS 16 next year. So what you effectively have, without ongoing dev labor, is a piece of software that you can expect to run, in its current form, on the device / operating system that it’s running on today.

And breaking that experience is something that really, really irks me.

What I’d like from these companies is for them to let the user make the choice by making a clean break. For example, if Cultured Code releases Things v4 (I have no knowledge or belief that this will happen - just noting a hypothetical) that’s subscription only, just make that a separate app in the App Store. Let people run Things v3. And if it won’t run on iOS 16, the v4 edition of the app that does run on iOS 16 is there for people to buy. But if v3 keeps running for another 3-4 years, let users run it if they want.

That’s the most ethical thing to do, IMHO.