I’m a heavy Evernote user and, like many here, I’m getting nervous about the stability of the company and am starting to work out a potential exit strategy (leaving only if necessary, I’m currently content w/ the service).

The one thing that has kept me from trying out Apple Notes is its inability to easily record audio files directly in a note. The same is the case for Microsoft’s OneNote for iOS (the Mac version does allow audio recording I believe).

My notes often start as audio files on iOS and end up consisting of multiple audio files separated by text descriptions and annotations, with the occasional PDF attached as well.

Does anyone here know of a cross platform (at least iOS and MacOS) note taking app that handles audio in a similar way to Evernote?

Thanks in advanced for any suggestions or tips you may have!

I believe Notability should be a good option covering your use case here. I do have a license, but as I don’t use the recording features, I have always preferred GoodNotes.

Notability, as mentioned, and you may want to take a peek at OmniOutliner. Though OmniOutliner is very specifically an outlining app, albeit a flexible and powerful one, which may not map perfectly onto your needs.

iOS right? Audionote 2 is a free download, but the full unlock is $10. Longstanding app, has been around since 2013 or so.

I do this all the time with the built in Voice Memos and Apple Notes. You record in Voice Memos then use the share sheet to insert either in a new note or an already existing one.

It’s not direct in the note but works well in meetings and at presentations in my experience. If you’re using an iPad both applications can be open at the same time so you can see the note as you do the recordings.

I also doesn’t drain the battery like other note taking apps do. When I’ve tested them, none last a full day of recording/note taking while with Apple Notes I still have battery at the end of the day even after almost continuous use. 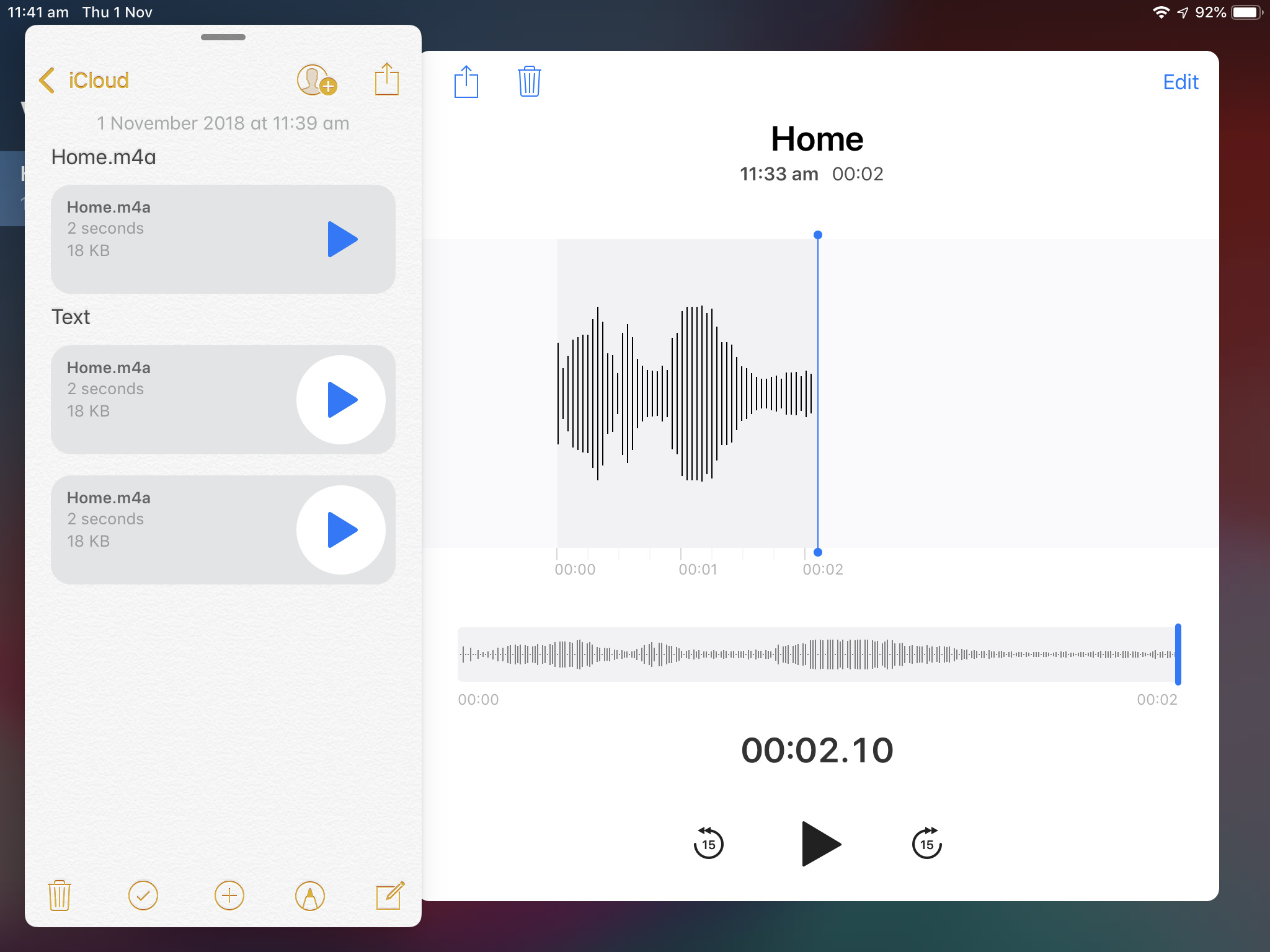 Thank you for the replies everyone, very helpful suggestions!

@airwhale I will test drive Notability for sure, I was unaware they had a Mac App, that makes it a real contender, thanks!

@Scottisloud I’m intrigued at this use case for OmniOutliner, which I own. Just not sure if the note organization options are flexible enough for my needs but I love the idea and will test out, thanks!

@bowline I was unfamiliar with Audionote 2 and is one I likely skipped over in the App Store because I wouldn’t have guessed it had been around so long and could be trusted. Thanks, I will check it out!

@Rob_Polding Apple Notes would be my dream solution, unfortunately, switching back and forth between notes and memos won’t work for my particular needs. Thanks for sharing your example, I’m holding out hope they might integrate a basic audio recorder into the app for capture in the future, seems possible