Hello everyone!
So I would like to be able to right-click a pdf in the Finder and do ocr of pdfs. I can’t really see any software that does this without opening the pdf in the software.
For clarification, I have:

I also have access to PDFpen (or Nitro) through SetApp, but haven’t downloaded it.

Any help with this? Either an app that has this integrated in Finder or a Apple Shortcut or similar.

I made a little shortcut using the ocrmypdf CLI tool that seems to work well enough. ocrmypdf uses the tesseract OCR engine, which should work for most printed English but might not work as well as Adobe and ABBYY for some documents. 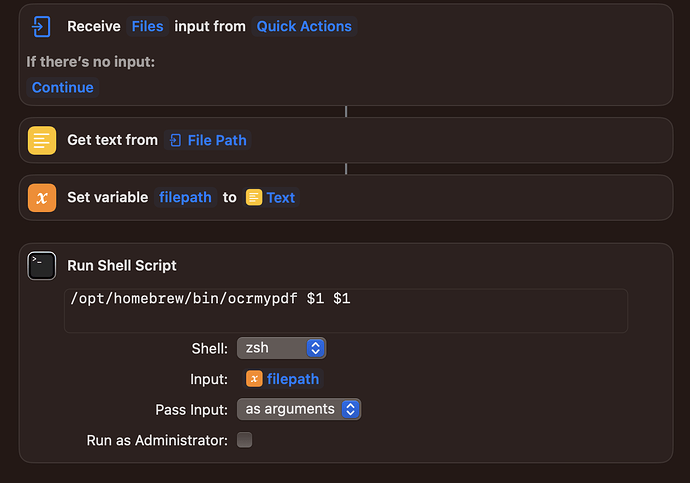 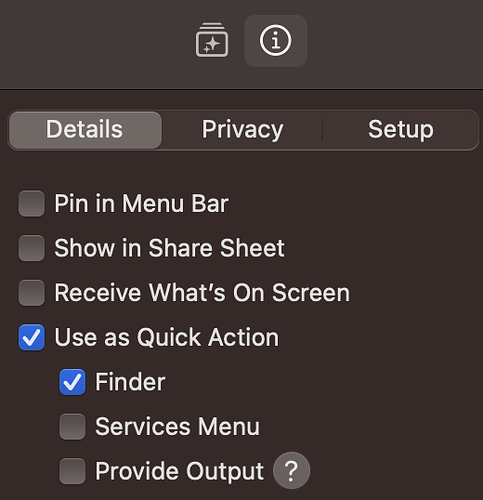 Thanks! I mainly work with Danish and Swedish texts, so would prefer ABBYY’s engine. But this is exactly what I am looking for.

Once the language is installed you can the three character code to the terminal command to specify that language. You can also specify more than one language for it to OCR at the same time, Installing additional language packs — ocrmypdf 14.0.2.dev18+gf072e911 documentation

Perhaps not what you want but if you have an iPhone or iPad the Files app has the built in scanning feature that does OCR.

Will look into that but I have really felt the difference in quality with regards to OCR, nordic languages and open-source. It is just a field where I want “paid” services I guess. But will try OCRmyPDF. Thanks!