What do you all think of reports that you cannot use the old Magic Keyboard with the new iPad? e.g.

I was surprised to hear this, and it is enough to make me not want to upgrade to the new Pro. I am not spending another €450 for the keyboard in addition to the upgrade price. It’s a shame, as if they’d managed to keep compatibility I may have considered it.

I can’t read the article (language barrier), but does it have to do with being lacking the smart connector thing? Or are they saying there’s something else different?

A little easier to read and to be honest, that’s my opinion, too: 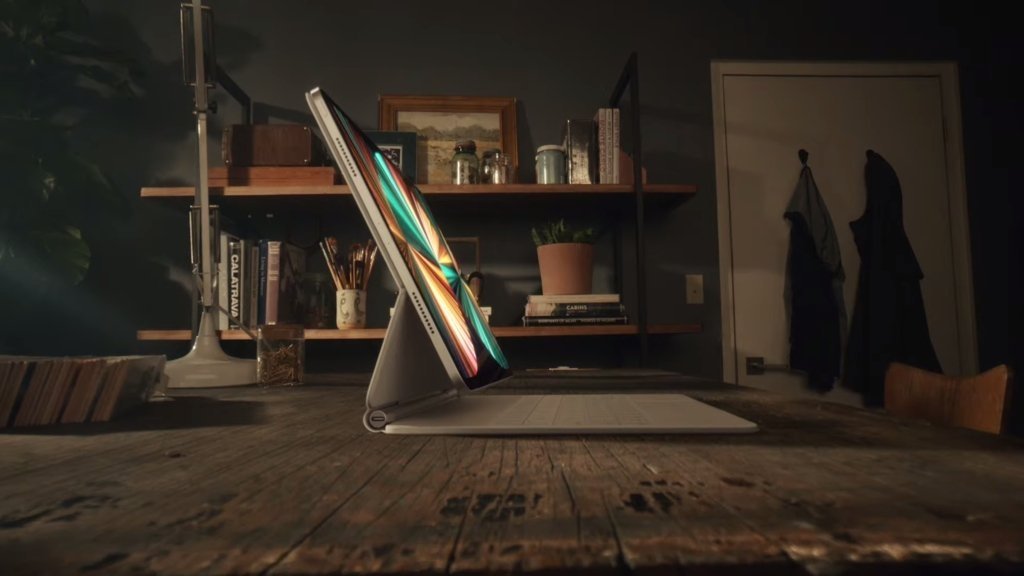 In making the $349 2020 Magic Keyboard incompatible with the 2021 iPad Pro just a year after it launched, and not offering early adopters a reasonable upgrade path as an alternative, Apple risks burning its most devoted — and highest spending — ...

I am typing this on my Magic Keyboard connected to my iPad Pro 12.9 2018. When they released the ridiculously expensive, but very nice Magic Keyboard in 2020, the backwards compatibility to my 2018 model was a sign to me that they intend to stick to this form factor. Which they did. And then again: they didn’t.

Sucks if you’re a big-time iPad user upgrading from one recent 12.9-inch model to the new one, but I don’t know what else Apple could have done.

Well, I have some ideas:

2nd option: provide your users with a reasonably priced upgrade path for the Magic Keyboard.

Several months ago, I decided to buy the new iPad Pro 12.9 when it eventually would be released. After this week’s keynote, I hesitated. Nothing wrong with the new shiny, but it is very expensive and my current one is still fine for me. I do not have any issues.

And then the Magic Keyboard thing…This news has settled it for me: definitely no new one.

And to be honest, I think I will consider going back to a MacBook Air for my iPad typing needs (it is an awesome device with the new M-silicon) and to a cheaper iPad when I eventually will need one in a few years from now.

And to be honest, I think I will consider going back to a MacBook Air for my iPad typing needs (it is an awesome device with the new M-silicon)

I’m thinking the same thing. I have a new M1 MBP (and will upgrade to the 14" if released). I have been using my 2018 12.9" iPad Pro for 80%+ of my work and writing but I may just repurpose my iPad, use the MBP for my work and perhaps buy a new iPad mini if/when they update the form factor.

I’ve not got a new Magic Keyboard, but I had an initial though that whilst you probably can’t close the original 12.9” Magic Keyboard like a clamshell, I’m assuming that you could still use it with the new iPad whilst open. If this is the case and you’re using the iPad as a Naked Robotic Core (copyright Siracusa) your old magic keyboard could still be a great docking station (i.e. you don’t need to cast it aside) you just won’t be able to easily travel with the two together.

try the automatic translation in Safari, quite good

I suspect this was not possible because of the new display technology.

It is disappointing and the accessory is very expensive for sure. At the same time, I think the iPad Pro is at the point where each iteration is technically faster but until the software catches up it’s much ado about nothing.

At a first glance this is crazy

But is this a case (

) of “you can use the keyboard but if you close it up it won’t fit perfectly” or a case of “if you attach the old keyboard to the new iPad it will be a very costly dead cold stand”?

The issue is very slight additional thickness with the new display technology. Can’t be helped: the new 11’ iPad Pro (which does not have the new screen) remains backward compatible with previous keyboards (which shows this is not a cash grab from Apple).

The new keyboard, though, is backwards compatible with previous iPad Pro models.

It’s likely the keyboard will work with new iPads, but it won’t close properly, making the peripheral ill-advised for transportation: your costly iPad might fall off because the fit is not snug and/or the magnets strong enough.

As far as I can tell, there is nothing substantial behind this beyond:

I have seen nothing that reliably supports the assertion that the old keyboard won’t work, but I have seen a screenshot of a chat session with Apple Support that claims that it will. Also, I taped a piece of cardboard to my iPad and tried to close the keyboard, and it worked.

Do you guys get something outrageous out of the French story? Something might be lost in Google Translation, because it says nothing more than I wrote.

Bloggers/YouTubers etc will probably have them in the next week or so. I would like confirmation before I get outraged. Not that I am really outraged. If the tradeoff was if we put this amazing screen in it, the old keyboard won’t work, I am ok with that. Some people say Apple must have known a year ago, but I don’t know enough about how those things works to know if that is a valid argument.

That said, I have the 11" with the Magic Keyboard, and .5mm thicker wouldn’t affect it. I can close it so it turns off and there is still gap larger than .5mm in some places (especially towards the hinge).

That looks like the product page for the new keyboard. The problem is the 2019 keyboard doesn’t work with the new iPad.

I suspect this was not possible because of the new display technology.

That’s true, but how many times have we heard how Apple plans “years in advance”?

Apple builds outstanding hardware and they are geniuses at marketing too. Entry level iPhones and iPads with less than sufficient base storage, only 5GB of iCloud storage with a phone that can cost up to $1400, an AirTag without a hole to connect it to your key ring.

Apple is always looking for a way to increase their revenue per customer. Granted they may not have known the dimensions of the 2021 iPad Pro when they designed the first Magic Keyboard for iPad. But I wouldn’t bet money on it.

I’ll clean up the mess

iPads are a 5-7-year purchase.

I think that you’re being overly optimistic there. Between battery life and lack of security updates, I’d suggest that 5 years is an outlier. 7 years, even more so. I’d guess less than 3%.

I wonder how many of the current MacBooks will still be in use in 7 years. With the possible exception of the battery once they are out of warranty/AppleCare repairs will be very expensive.

FWIW, this website is the most reputable in France regarding Apple stuff. MacRumors and 9to5 have sometimes relayed their findings when they were the first onto something. I’m considering their articles as totally reliable.