. My hope is that version 4 is announced this year, fingers crossed.

Here are some of my predictions:

I rather hope they do (tongue in cheek). If they move to a subscription that will reenforce my decision to use Reminders and help me continue resisting the siren call of Things, which is a gorgeous app with nice features.

I would settle for the ability to sort by due date and to nest projects.

I suppose the good news is that that is about as mean as I ever get.

Yes! This is a no-brainer.

My concern in many ways having been a very long time time user of Things is that Cultured Code have not historically been good at listening to user suggestions. I remember talking to them about tags for years and their staunch, “only one context!”. They implemented it years later, but poorly and too late.

I’m trialling Todoist currently alongside Things. I’ve come to the conclusion that I probably prefer incremental development as the app sees more improvements than a 4/5 year cycle.

the ability to sort by due date

Have you tried searching for Deadlines? It will gather every item that has a due date and sort it by these dates.

I keep a widget with this list on both my iPad and Mac.

Yes, I’ve used the Deadlines feature. I agree it is helpful, but it also shows ALL deadlines (unless I’m missing something). I’m looking for something that would allow sorting within a project. Maybe it’s just me, but you’d think sorting would be table stakes for this kind of app. Apparently not. I’ve asked Cultured Code about it, and they gave their usual “we have no plans for that” response.

People have been talking about Things 4 for a long time. Things 3 came out in 2017. Has anyone seen or heard anything to imply that they are actually working on Things 4 ?

Each version of Things came 5 years after the prior. 2022 is five years since T3 debuted. That, plus the micro updates this year is the best evidence for T4.

This tweet back in December may be some indication 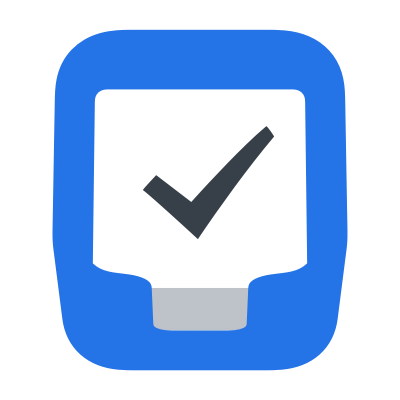 It’s not usual for them to ask for testers. I have been part of a previous program from Cultured Code that preceded a major version and… Let’s just say that these Beta cycles take a little longer than usual for them to get to the release version.

However, the final product is polished like no other. So I’m happy to keep it that way. No task manager app is perfect, but Things is the only one I actually experience delight in using it.

You’re right. It will show only a consolidated list.

However, you can use tags to narrow down it.

If you couple that with Areas (i.e. create a tag and assign that tag to an area so every task under that area will inherit such tag) then you can have a very handy and paired down list of your Work deadlines.

Funny, that’s the first thing I thought when I saw the question.

I really hope they don’t do subscription pricing! Things is one of my favorite apps!

Hoping for a one-time purchase for both iPhone and iPad version.

assign tags (among the top 3-4) from the Touchbar (not holding my breath on this one!)

Should they move to subscription, I’ll just stay with Things 3 as I already paid enough money for the iPad, the iPhone and I splurged on it for the Mac. I paid three times for Things 3. They don’t need my money for a few years at least. (Now I’ll try to shut up. LOL!!!)

I’d like to see templates for projects. If I have a case scheduled for trial, for example, I’d like to set up all the various tasks that will be required. I’ve cobbled this together in Shortcuts for now, but it was delicate and I haven’t used it in ages.