I have a new M1 MacBook Pro 14 connected to an OWC dock. From the dock I am running two monitors, each connected to a separate Thunderbolt port. When I wake up the machine, it often takes a while for the two monitors to come on with the appropriate desktop on each. Sometimes it won’t come up at all. In addition, at least one of them will have a chaotic image on it for several seconds before resolving into a stable desktop screen. Am I doing something wrong? Is there a hardware or software fix for this? Has anyone had to deal with this problem? Thanks in advance!

Do you run into the same issues with the monitors directly connected to the MacBook Pro?

Haven’t tried that yet. Do you think it might be the dock or the cables?

I’ve had similar issues off and on for years. The exact behaviours seem to depend on MacOS version/sub-version and persist until there’s an update that either fixes the issue (for a time) or alters it.

The current fix is to use a utility to change the resolution (which gets the display to turn on, and then restore the resolution). In the past I would sometimes have to resort to repeatedly unplugging and replugging the display until it was properly detected.

Am I doing something wrong?

We finally got instant-on with M1 laptops. But monitors attached via cable though another device have always been a different story. Apple does not support neither sells nor supports a dock of any kind that I’m aware of. So maybe the only thing we need to adjust is our expectations. 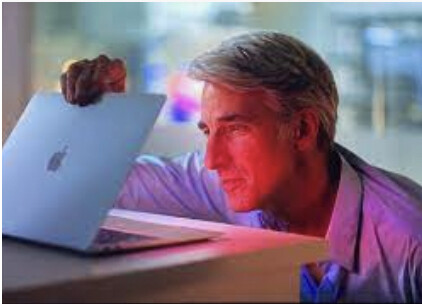 Okay, before someone jumps down my throat

, Apple does sell docks like the Belkin Thunderbolt 3 Dock Pro. But its web page, as for all third party stuff that Apple sells, says,

Products sold through this website that do not bear the Apple brand name are serviced and supported exclusively by their manufacturers in accordance with terms and conditions packaged with the products. Apple’s Limited Warranty does not apply to products that are not Apple branded, even if packaged or sold with Apple products. Please contact the manufacturer directly for technical support and customer service.

FWIW, over the years I’ve heard of various people having issues with laptops running dual-monitor setup. For that kind of setup, it seems desktops are more typically reliable. (I agree that this is not ideal.)

If these are thunderbolt screens, try daisy chaining the two thunderbolt monitors directly off the MacBook Pro. That should solve the issue. I do the same with 2 4K screens and have a third via thunderbolt on a Caldigit dock. The lat screen always comes on the latest, but it works

If they are USB-C or DisplayPort screens it will differ. Does the port have an HDMI slot, try and use that instead of USB-C