For those of us who have been waiting for Quicken Home & Business for Mac, I don’t think it’s going to happen. Here is a screenshot of my exchange tonight with Quicken’s support chat. It doesn’t look good. 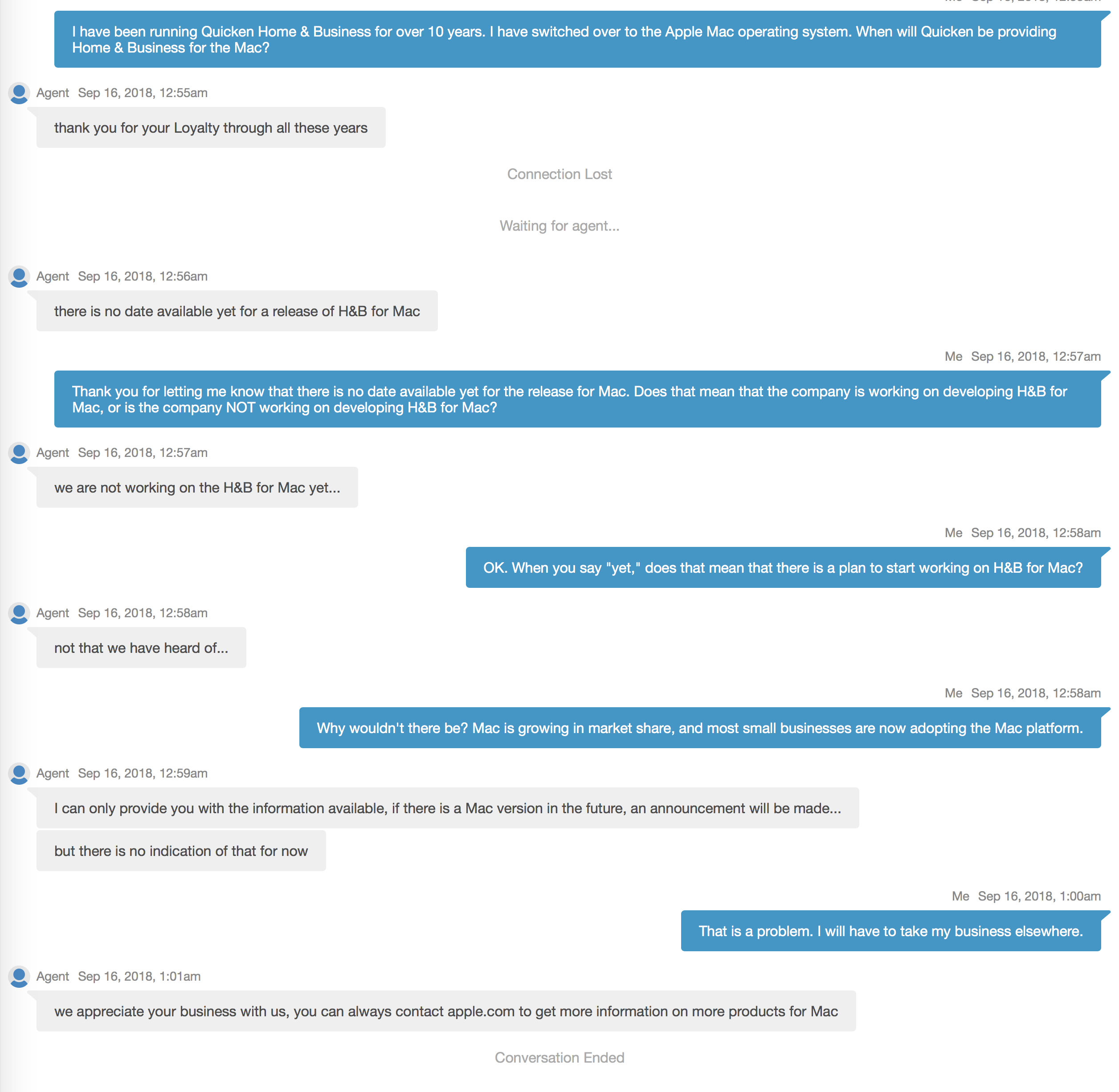 I gave up on Intuit on the Mac years ago and moved personal stuff to Bankticity. Not without it’s issues but it’s mac based.

However, I am an enthusiastic user of QuickBooks OnLine for businesses. Yes, it’s paid for and yes it’s somewhat overkill but for businesses it works very well. Their tech support is awesome. SOmething I NEVER said from Intuit’s Quicken support for Mac

During the time that Quicken for Mac (basic version) was worthless to me I ran a Windows virtual machine using Parallels and ran Quicken for Windows. There were several programs I needed that also were Windows only, but it didn’t stop me from using my Mac. OK, it’s a bit of a PITA to set up, but just pointing out an alternative.