Recommendations for a note-taking app for a 13 old?

My daughter’s moving up to a ‘higher’ school next year, where they will apparently be making more use of iPads in their classes, for taking notes and the like.

So it must allow for images, text, and be something that she can use for the purposes of summaries eventually - which will start out with her taking the notes in class.

She’s asking me for recommendations for note-taking apps. My needs are quite different to hers, mainly due to her 9.7" iPad not being Pencil compatible - which means it will need to be text-based, as opposed to mainly “writing”-centric.

Anyone jumped through options recently for their child, that would have suggestions?

May I recommend that you consider an iPad that will take the Apple Pencil? The neuroscience is clear that those who hand write their notes retain more and understand more than those who type notes. I share this with you as the head of a large private school who has implemented three iPad programs. Just a suggestion for what it may be worth.

It would be worth considering an app that could transition with her if she upgrades iPads to the pencil version. Apple Notes would be a contender for this. I love Good Notes for the drawing, but I don’t have the sense it’s particularly good with text. Maybe someone with more familiarity with Notability will chime in.

In a school setting I would strongly recommend Notability due to its ability to record classes.

I have used, and recommend Notability. The ability to record audio while making notes, then play both back is fantastic.

I have also used and recommend iStudiez Pro for keeping track of classes, projects, exams, etc. It’s a great planner app and suitable for school through university. I used it in undergrad.

I’m a fan of GoodNotes. While it can be used with an Apple Pencil or Logitech Crayon later, it can also be used with a stylus like the Adonit Pro4. https://www.adonit.net/pro4/

I had very good success with their Jot stylus on my old iPad Air2, so I would expect this newer model to be at least that good.

If the school has iPads in their program, won’t they be recommending the software as well?

Cannot agree more on the handwriting preference, and as such, I will probably go this route, in the end.

I’m just trying to put off having her also needing to look after a Pencil as long as possible. That said, I’m sure she will be fine by next year - and will be due an upgrade then.

I’m a Notability user, and a big fan. You raise a valid point on her getting used to it now, and then transitioning to using the Pencil later…

I’ve had issues with syncing every now and then, but that aside, it has been quite solid.

Bought her iStudiez Pro a while ago - but think she was still too young to get to grips with it. We’ll definitely give it a good look again over the next few months.

+1 for goodnotes! Drawing and writing with the pencil is perfect, together with the OCR it is a very good tool for learning

Thanks - you’ve given me the idea to contact the school now, and find out if they have a specific preference for a particular app. 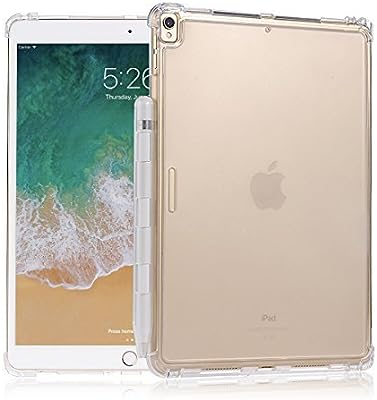 Notability. I don’t like the app myself, but I worked in several iPad school districts and they used this app extensively from 4th-12th grade. What is nice is that the zoom feature that allows you to write in the little box is extremely helpful for new users. I have seen 4th graders master the zoom box with their finger (this was before the pencil even came out). The UI is also kid friendly in my opinion - e.g. colorful. I would also second the recording feature as well as the playback sync with the note-taking.

I was thinking; why NOT the apple notes app? It’s stable, easy to sync, flexible(ish) and comes with the operating system.

It doesn’t record, not handwriting conversation, and on iOS you can’t manage the folder structure. You are also limited to vertical alternating between handwritten notes and text, and with images, PDFs etc., Notability can mix and match all of the above in vertical and horizontal formats—which is much more similar to a legal pad than Apple Notes.

If you go the Notability (or any other app that can record audio) route, make sure your daughter asks permission before recording.

To meet your request for a app on the 9.7” — Apple Notes, not my favorite app, but Note is solid, dependable, easy to learn, and allows for collaborative work.

If my spouse and I are working on a. project together we often use notes. OneNote is another possible app. But Notes is my keep it simple choice.

“it must allow for images, text, and be something that she can use for the purposes of summaries eventually - which will start out with her taking the notes in class.”

There is no mention of an apple pen.

That’s why I said apple notes might be an easy solution to start with.

I understand and agree but I made the earlier point that I highly recommend having her hand write and not type her notes based on the neuroscience that is clear that understanding, memory, and learning improve with handwritten vs typed notes.

So, IF he decides to encourage her to use an Apple Pencil, then an app. like Notability is a better option than Apple Notes for the reasons I outlined above.