There are apps that will wipe your browser’s cache clean without even asking twice about it.

This is a really poor solution.

Agreed. Bad solution. If I am not mistaken, this was the same thing that notion did over a year ago except within their web wrapper. It literally was the reason why I did not stick with Notion back then. I could be mistaken on the technical differentiation, but both quite unstable. I prefer the online mode.

Blockquote " The Emperor’s New Clothes " (Danish: Kejserens nye klæder ) is a short tale written by Danish author Hans Christian Andersen, about two weavers who promise an emperor a new suit of clothes that they say is invisible to those who are unfit for their positions, stupid, or incompetent – while in reality, they make no clothes at all, making everyone believe the clothes are invisible to them. When the emperor parades before his subjects in his new “clothes”, no one dares to say that they do not see any suit of clothes on him for fear that they will be seen as stupid. Finally a child cries out, “But he isn’t wearing anything at all!”

Even more funny is watching all these people trying to justify putting all these tasks into Roam Research which it is not suitable for such as Task Managers, Calendars, Kanban boards.

There are multitudes of good software solutions available already in the market with clean and easy UI’s. I previously had issues with trying to onboard people with Trello at the last company that I worked with and it is easy peasy, can you imagine trying to get people to engage with this programmer’s type of UI?

Blockquote No one dares to say that they do not see any suit of clothes on him understand a feature for fear that they will be seen as stupid.

Let’s face it the real reason this is happening because of new shiny object syndrome and I think all the effort in putting these tasks into Roam negates any foreseen productivity gains.

Following the Emperor is Count Zettel. Now have spent considerable time over the weekend to try to learn the magic of Zettelkasten. Surely, with all the hype there must be something that I am not seeing here. Let me save any else the time, Basically, it is an indexing system with one topic per card with a unique id then references to other related card(s). Which simply is a link back to a note that references it. Yes, Count Zettel is also wearing no clothes.

This reminds me of when Steve Jobs introduced “Cut and Paste” to IOS and the crowd oohed and aahed! People wake up, cut and paste has been with us for decades, well in Zettelkasten it actually goes back centuries.

BTW in order to have local storage, which people here smarter than I already are outlining issues with, you have to be a BELIEVER status. That’s right, Pony up $500.00 for this feature people!

With it’s cult following it comes as no surprise that the Bible and Quran have already be uploaded first.

However, this remains its preferred functionality, to take a large number of notes and find cross-correlation with them.

So Bibles, Koran, and any other reference material would be a good target for this type of software. It will be good for anyone conducting research or research papers.

I am going to use it to build a CRM because unlike Task Managers, Outliners, Calendars the CRM’s out there are terrible. Most are geared to Sales functionally aka Salesforce with their high price tag and are missing with some basic functionality. Such as:

So this seems like a pretty simple list of requirements, but I have not been able to locate a piece of software that can solve this especially number one.

So I settled on Daylite that will handle two thru four while I build an MD template for Obsidian so I can see that nice graphical map.

Has anyone embarked on a similar endeavor?

Despite my comments throughout this thread over the last several months, I do believe credit is due to the new paradigm (again built mostly on old technologies). It is very powerful In ways that other apps aren’t. It is just tenuous at this point. It is niche. It is not really a note-taking app, right? It is more of a thinking app. It’s more of a mind map.

My take is that the emperor metaphor isn’t accurate for Roam, that there’s legitimate usefulness and productive novelty in the new paradigm. There’s also a lot of bravado and hype, and some egregious missteps, which makes it hard for certain types (myself included) to really get behind it, but I’m paying attention and playing with it.

I think obsession with zettelkasten is a symptom of something larger: a frustration and sense of helplessness with how to work (and just be a decent human being) in a culture of chronic distraction. Look at what most folks zettel as their examples: books on productivity and self-improvement. Zettelkasten promises to organize, make things findable, make writing nearly effortless (just pull all these snippets together and the article’s practically written itself!), and on and on. It’s not a cure all, but nothing is. What I see when people get enamored with zettelkasten is a desire to control something that isn’t actually controllable (information) and to make easy something that is actually quite difficult (thinking, writing, etc.).

And I should mention that I say this with this hypocrisy and insight of someone who maintains a zettelkasten and is as obsessed by the shiny object as ever.

This does sound like it is only a temporary solution :

Currently, Local Only graphs are stored only in Local Storage on your browser

I think obsession with zettelkasten is a symptom of something larger: a frustration and sense of helplessness with how to work (and just be a decent human being) in a culture of chronic distraction.

Exactly. The seeming explosion in interest in taking notes (taking notes, of all things!) has got to be explained by something else other than software. As a human activity, taking notes is no more interesting than sparking joy by organizing sock drawers. So why do we chatter about it so much, and debate pros and cons of some guy’s cloud service? I still think, as I said elsewhere,

the impetus to take notes and rearrange them or link them to “make sense” is sometimes (often?) driven by loneliness, confusion and isolation.

Imagine if this forum was obsessed with using Macs to organize affordable housing, instead of Conor White’s follies.

From what I’ve seen, I think you’re probably a master note taker, and have mastered knowledge management to a high level, so this all probably seems passé to you.
People like me struggle with this, and are searching for things that will help us understand, make connections, and retain information.

I listened to this podcast episode with Andy Matuschak the other day: 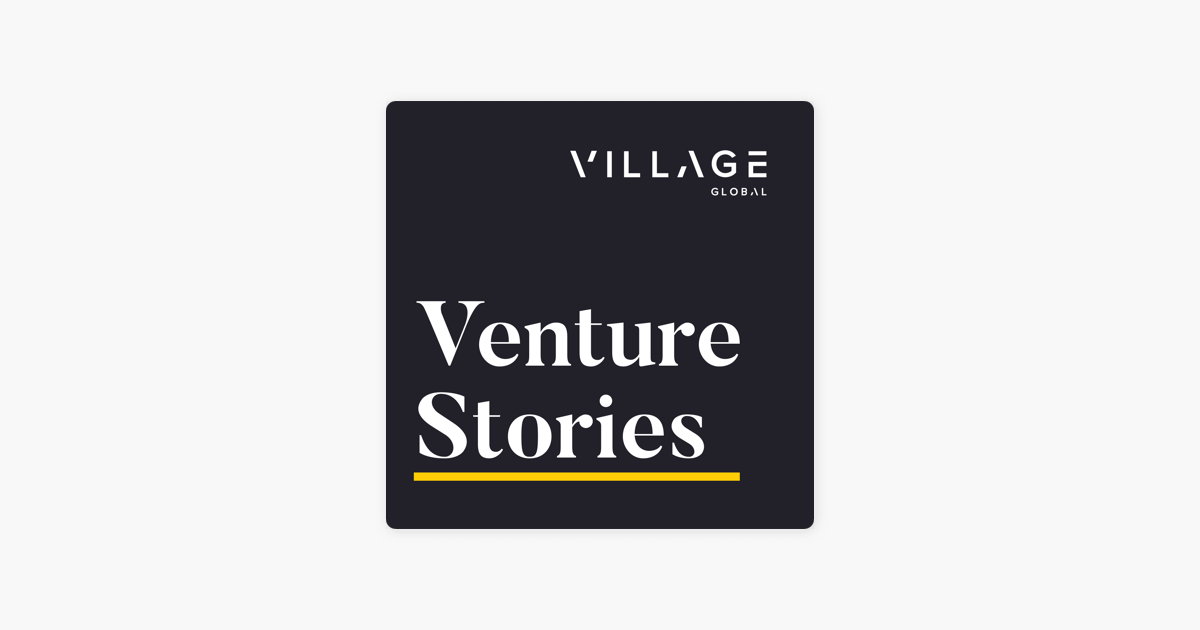 He notes: (it’s the answer to the first question, right at the outset)

Knowledge workers are surprisingly bad at knowledge work… and don’t really seem to know it. I use “bad” in kind of a loose sense here, but if you compare—for instance—the seriousness of their practices to those of 99th-percentile athletes or musicians or something, it’s really interesting how casually [knowledge workers] treat their practice. Myself included! That’s fascinating. Activities like note-taking, for instance, are completely folksy and ad hoc and unsystematized. No one really has a clear sense of what it means to “accrete insight.”

This is why I show up here, really. Knowledge should have compound interest, but instead I’m more like a goldfish than a “knowledge investor” on most days. There’s gotta be better ways.

I also think “note taking” is an awful term for what these discussions actually centre on. We aren’t talking about scribbling on index cards. We’re talking about how we learn, and how we use what we’ve learned to create new things.

Imagine if this forum was obsessed with using Macs to organize affordable housing, instead of Conor White’s follies.

Hey, for my part, I am usin’ this stuff to help address the world’s hardest problems!

edit: ps I nominate this thread for the best thread of all time

Agreed. And yet not a mention of any of these concepts on the podcast? (apologies if I am wrong, I have drifted away from the actual episodes…)

driven by loneliness, confusion and isolation.

As a historian who studies memory, race/racism, and US politics, yes. Yes. Yes. But this is not the thread for that discussion.

I didn’t realize they ‘earned’ much since they’ve been VC-funded, yes?

Some of the comments in that thread are funny.

Amusing in a different way: someone at Amplenote (which added backlinks two weeks ago) tweeted in a Roam-related thread about their Roam-import tool, and Conor blocked him on Twitter.

He mentions several organizations that sponsored their development, but I don’t think VC would have anything to do with them because they are a “note taking app”. That’s what I recall from his interview or tweets.

I know they borrowed money from Tesla GTM, but they are VC-funded too. I distinctly remember a VC plumping up the company a couple of months ago, saying he got into Roam after a meeting and demo. A quick search found two two different listings for their seed round: Yeah, you’re right. I remember Chapter One now.
I think initially know one was interested, then the cult kicked in.

Hearing about VC funding made me curious about their privacy policy and terms of conditions. It’s interesting bc it seems like they have two definitions of data: 1) data as notes and 2) data as use. The former seems protected (for now), but the latter not so much. It’s the latter that’s actually valuable to VCs. I’m pretty sure they could care less about backlinked bibles.

These things are so tricky to parse, though, is that what others are reading as well? Where’s a lawyer when we need one? ¯_(ツ)_/¯

two definitions of data: 1) data as notes and 2) data as use.

Seems pretty straightforward. They promise not to look at your data or let anyone else look at it (sans warrant).

But you, mon frère, you and your (allegedly) de-identified info (which analyses have shown isn’t quite so anonymous) is up for grabs: your IP address (which can be cross-referenced with data from elsewhere to identify you), when you log in, the hardware you’re using, credit card type, and metadata about how/much you’re using the service.