Well, if it even end up being called “HomePod Video” or whatever…

How much will it even cost? 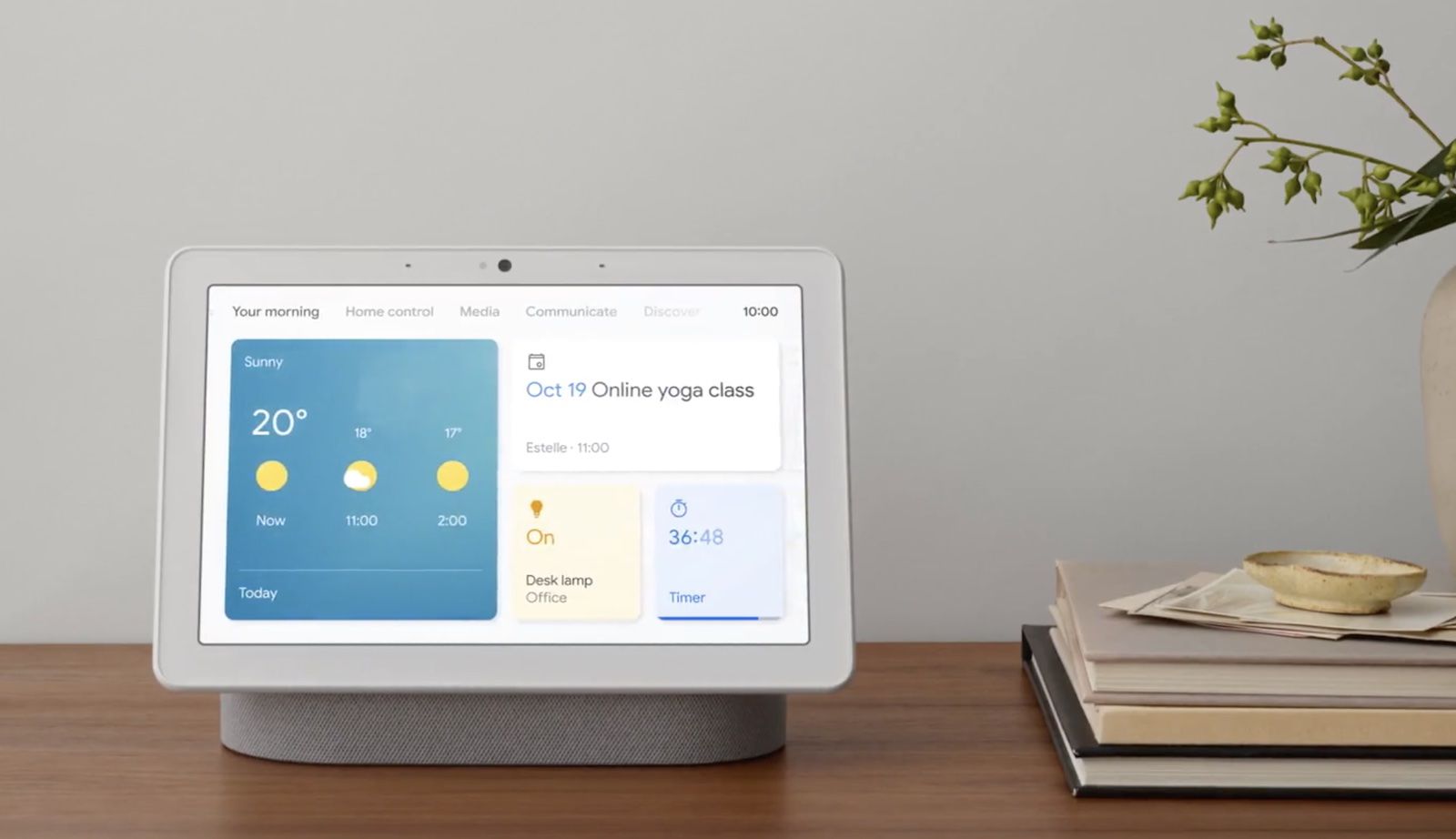 In a report today focused on an unactivated temperature/humidity sensor in the HomePod mini, Bloomberg's Mark Gurman briefly mentioned that Apple...

On top of that, the HomePod mini even has a secret sensor for temperature and humidity. Could Apple possibly be trying to compete with the features in Google’s Nest products? 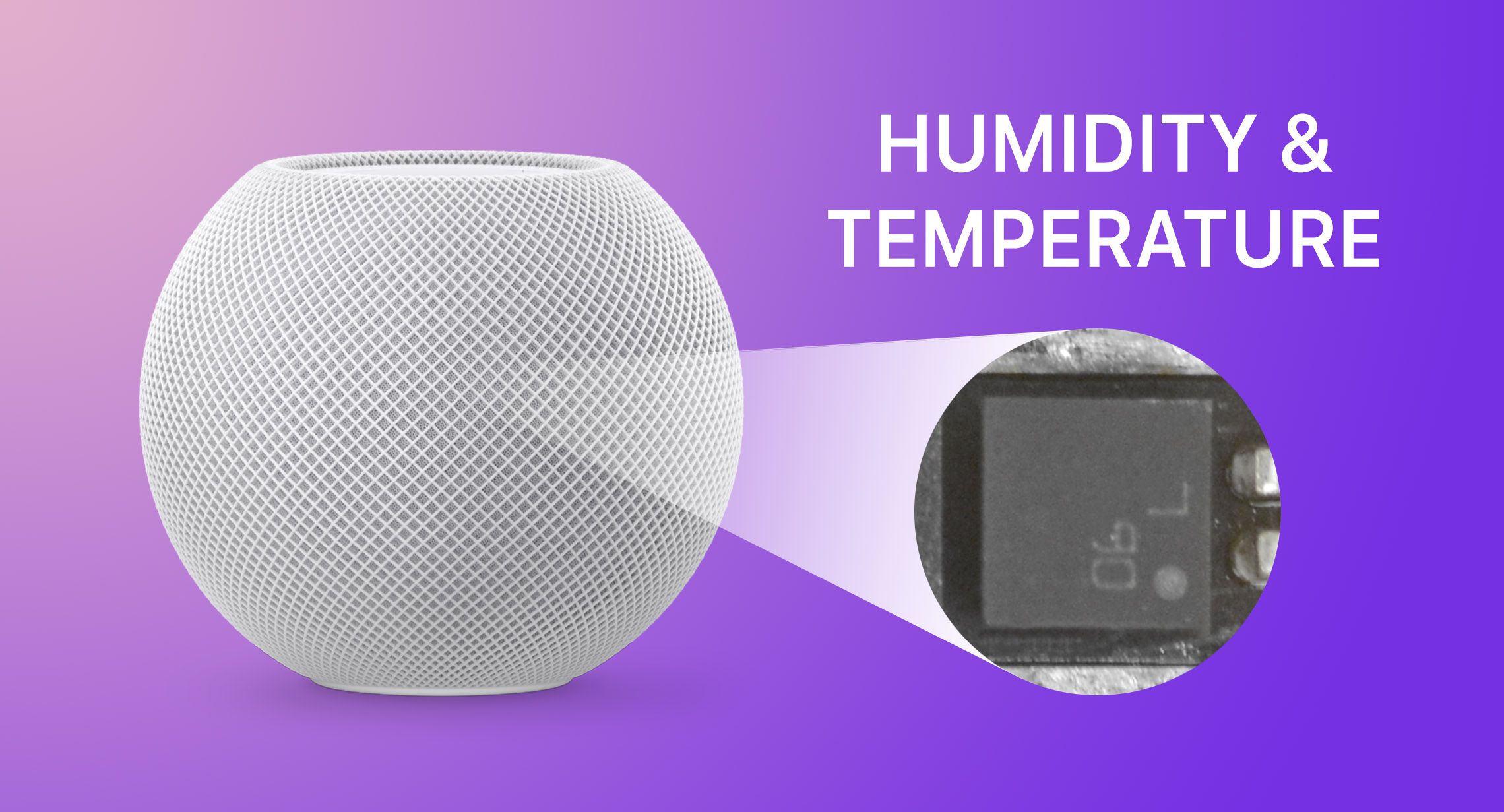 HomePod Mini Features Dormant Temperature and Humidity Sensor That Could Be...

Apple's HomePod mini includes a dormant hidden sensor that can measure temperature and humidity, potentially providing the means to power...

Thanks to @Justin_Vega for sharing more information.

They can make cheaper devices with touch screens - consider the iPod Touch as an example. But I don’t know if even $200 would be considered “reasonable” in this market.

That said, I think it’s at least a little crazy that “hey, it has a temperature sensor” is being used as the basis of a rumor about a video-enabled device.

But I don’t know if even $200 would be considered “reasonable” in this market.

That said, I think it’s at least a little crazy that “hey, it has a temperature sensor” is being used as the basis of a rumor about a video-enabled device.

Is that what Bloomberg said?

Bloomberg's Mark Gurman today revealed that Apple has been developing new speakers that are equipped with "screens and cameras,"...

I’m just thinking that anything with a screen is likely to have a price point of close to $200. The “mini” speaker by itself is $100, so adding a screen (and digitizer if they go the “touch” route), coupled with the extra processor stuff that would be necessary to run that, seems like it would be substantially more - unless they do the hub without the speaker, maybe?

Is that what Bloomberg said?

Not really, but Bloomberg’s main article is about the sensor - then as an almost throwaway line at the bottom they add the part about video. No basis given, certainly no basis in existing hardware, and they basically indicate that the rumor isn’t super-reliable when they indicate that the release of the claimed video-enabled device “is not imminent”.

I’m sure a lot of things are being looked at within Apple. And no internal source would even be needed to take a wild guess that they might be looking to develop devices like the other ones already on the market.

Keep in mind these peoples’ entire business model is in trying to predict what Apple will do next - it’s to their advantage to take minor clues and run with them.

If it wasn’t already another brand name, I’d say “iHome”. Thankfully enough, Bloomberg is quite reliable.

An always on iPad Mini with a nice speaker? I would take it. I have an Echo Show and they could have done so much more with it. Like maybe a highly customizable screen with apps? Instead it just flashes silly news articles and tries to sell you stuff.

Then again, it’s pretty easy just to connect a current iPad to your HomePods and do that stuff while it’s mounted to a stand. I was kind of thinking of using a HoverBar Duo as a kitchen stand with it connected to my kitchen’s HomePods.

Holds iPad or iPhone in infinite positions, heights and angles Includes both a weighted desktop stand + shelf clamp Lifts iPad to eye-level for FaceTime and video conference calls Use at a desk, in the kitchen or shop for hands-free iPad or...

Remember this feature? If only it still existed…

Are we learning that Apple has changed its habits to withdrawing products BEFORE their replacement is announced?

The original HomePod doesn’t have the “thread” communication feature (as it’s 4 years old!), so if Apple is building the future of the line on device-to-device communication it might make sense to discontinue the larger device so customers aren’t buying old tech that won’t work with whatever is coming next.

I agree it would be best if there were a replacement immediately, and I know this isn’t the route they’ve historically taken with Macs - but if HomePod is a low-selling product that continually has to be discounted it kind of makes sense.

I’m guessing there won’t be a direct replacement for HomePod. Whatever comes next will have more features (screen/display?), be a different form factor (sound bar?), or arrive with a different set of specs / price point (similar form factor, slightly worse sound, $200?).

I wouldn’t read too much into supply oddities during COVID. Even Tim Cook isn’t immune.

The competition from Amazon and Google is $99 and lower.

HomeKit is 7 years old and IMO most people still don’t consider Apple a player in home automation. Is there a big market for a Apple home controller?

I wouldn’t read too much into supply oddities during COVID.

I mean… who knows at this point?

The competition from Amazon and Google is $99 and lower.

Right, but Apple’s speaker without anything else is $99. Apple’s history tends to be “product arrives at price point, product stays substantially similar with periodic spec revs, and price remains constant and/or goes up.”

I just can’t imagine an entire screen being added to the Mini without a significant price hike.

I could imagine them doing something right at $200. Or more like $199, because nobody uses even hundreds in their pricing.

Whether the market supports it is a whole different deal. Personally, for me it would be way more about whether I wanted to pay that much for Siri.

I mean… who knows at this point?

Tell that to MacRumors, 9to5Mac, etc…