SetApp as a DevonThink alternative?

What do you think? Would it be possible to use the apps in SetApp as a replacement for DevonThink’s features? Then you wouldn’t have to be insecure about the whole fear of indexing that has been around lately. I must say that I am a very happy user of DevonThink, but there is always a voice in my head that gets a little bit insecure about my indexing of files.

What apps can do what in SetApp?

What about a webclipper?
Any other??

the whole fear of indexing that has been around lately.

What fear of indexing? I’ve used the index feature for years, and never had issues?

What do you think? Would it be possible to use the apps in SetApp as a replacement for DevonThink’s features?

I guess you’d be the best judge to determine if a collage of apps could replace DT for your unique use case. DT is such a millipede of functionality and addresses such diverse use cases that a blanket yes/no answer doesn’t really work for your question. I, for one, will probably never let go of DT in lieu of a handful of apps that possibly require continual maintenance to make them work together. DT is my think-vehicle i.e. it gets out of the way and allows me to do what I need from it. Anything that hinders that flow is bothersome to me.

Since you already have and use DT, why look for something else? What is DT not addressing for you?

Have you lost indexed data in DEVONthink? If so, you would be best served by opening a ticket with DEVONthink Support. Use their forum, or Help > Contact us. If not, what’s the fear about?

I’m chuckling at the idea of someone using this as a discount DevonThink, but this is the SetApp app that I think is most similar to DevonThink. 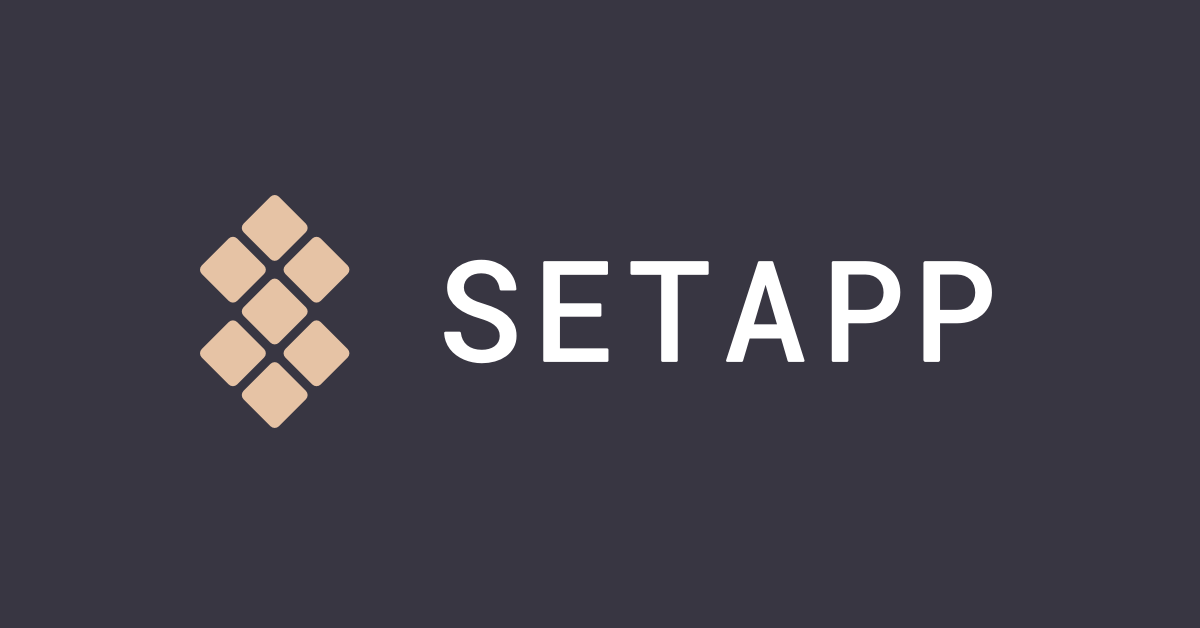 Don’t use DevonThink but searching for alternatives to it really depends on your use case. Example: I used the free trial and found I really only need pdf management for academic papers, which Zotero happily covered for free.

And if you are concerned about losing indexed files, then just import them to Devonthink

Okay, I didn’t mean this to be a topic on fear and trash-talking of DevonThink. Just to be clear - I have never had any problems with indexing in Devonthink either, and I really really like DevonThink. I should not have written it based on some people’s experiences with losing files. What I wanted was a discussion on alternatives for DevonThinks many many features.

If all you need is to search for stuff, the makers of Devonthink also make Easy Find which is free. I only recently discovered it and therefore, I am not in a position to recommend it.

But it may be of use to you:

A little collection of free utilities for the Mac to make your life easier.

I only recently discovered it and therefore, I am not in a position to recommend it.

I recommended it just over 10 years ago on TUAW EasyFind is a free alternative to Spotlight | Engadget

EasyFind is a free application that helps you find files and folders on your Mac.

EasyFind is a free application that helps you find files and folders on your Mac. And yes, it’s better than Spotlight.

Another file-finder alternative is Find Any File, which I’ve often found is the most accurate in finding a file I know must exist but I cannot locate it anywhere on disk.

OT: the Find Any File developer also has a handy editor for preference files

FWIW, DEVONthink’s “index” feature, as far as I know, was never the cause of the recently-lamented data loss. The “store it in DEVONthink and sync it to the cloud” part is where the issue was.

From what I can tell, it’s not possible to lose data by indexing in DEVONthink unless you delete it intentionally. It’s only the users for whom DT got to manage the entire library from top to bottom that the data loss happened to.

I agree with previous sentiment that nothing in SetApp is going to provide a viable replacement for all the functionality in DEVONthink. The closest drop-in replacement I’ve seen is EagleFiler, but that’s missing a lot of functionality. Pricing, of course, reflects that.

From what I can tell, it’s not possible to lose data by indexing in DEVONthink unless you delete it intentionally.

The challenge can come if you start combining Indexing with other features.

Indexing works great as a means to import content to Devonthink from the index folder.

Indexing can also work great if you want to be able to search a large dataset on a local drive.

But if you then take the indexed data and move/replicate/delete, then things can get confusing; for that level of complexity, it is probably best to import data instead of indexing it. 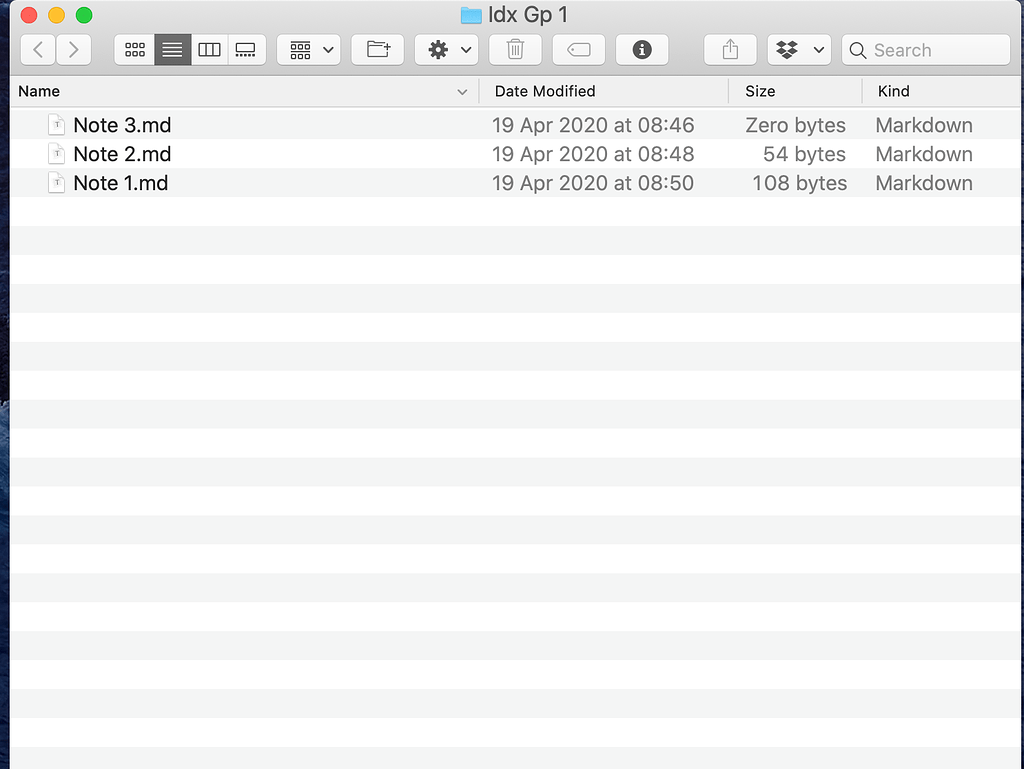 I don’t know about the others, but this happened to me frequently during my early days of using DT: I indexed a folder that contains many documents, I started to move the documents around to other groups by replication. The problem was, I used...

I recommended it just over 10 years ago on TUAW

@tjluoma to clarify, you still recommend it ?

The safest method of indexing in DEVONthink IMO is to index a folder from the filestystem that contains the documents you want to index. Indexing files directly – instead of indexing their parent folder – can easily lead to mistakes. Otherwise, the only reasons to index are (a) you need to access the files with other app(s) outside of DEVONthink, or (b) you don’t trust DEVONthink. If (b), then why use DEVONthink?

But if you then take the indexed data and move/replicate/delete, then things can get confusing; for that level of complexity, it is probably best to import data instead of indexing it.

you still recommend it ?

Oh sure. If you are looking for files by filename, not file content it’s great.

For searching contents of files you need Spotlight, but EasyFind is a great tool, and free. No reason not to have it in your toolbelt.

Getting back to the original question, I use both DT and SetApp. SetApp is amazing in the breadth of applications that it supports, and it’s difficult to keep track of them all, but to my knowledge there’s nothing in SetApp that replaces the AI functionality in DT - the ability to place new files into folders based on their content, to rename files based on their content, and discover relationships between files. DT is also very extensible via built-in rules and AppleScript, which I also use.

Just no is my initial and instinctive response. it seems implausible to rube goldberg DEVONthink 3. It is an astonishingly sophisticated app. with huge and often untapped powers but designed from the bottom up for integration and to do what it does. Do you use sorter for example? that is integrated, as is most of the AI.

I do, as it happens use Houdah Spot WITH DEVONthink 3, and find that an amazing combination I will say. It seems some users have had issues with lost files. I never have and I don’t feel any system is immune from some issues. In some cases the files have been decades old. I think the solution there lies in back up strategies not the one you are looking at. I must say this was an interesting idea though.