Shortcuts: When I Arrive/Leave

I think this is impossible, but…

When I arrive at work, I want to append to a note with the date and time I arrived. Same when I leave.

So far so simple!

Is there a workaround so location-based Shortcuts run automatically? Not being able to do this makes them significantly less powerful.

You could use an NFC tag

If your work Id (assuming you have one) is a card or fob that unlocks doors it may well be NFC. Using it with Shortcuts doesn’t require writing to it (it just reads the id of the tag) so you could use that.

I have an iPhone X, so I can’t do NFC

This is a frustrating limitation of Shortcuts so far. Apple is being overly protective, IMO, but until they change their mind, all we can do is look for alternatives.

Which reminds me: I have spare Launch Center Pro NFC tags. Perhaps heresy but before I buy some other ones I could use these. (Actually I might double-duty an active LCP one and see how badly that goes down.)

iPhone X is able to do NFC, just not in the background. You can download an NFC reader app from the store (I use Launch Centre Pro but there are free options as well). If you get blank tags you can write to them using Smart NFC. It does mean an extra step, running the reader and then tapping the tag, but works great. It doesn’t automate the arrival at work though, no more automatic than getting there arrived at location notification and having to tap the notification to execute it.

Unfortunately they made those tags so that if you don’t use LCP, it will send you a notification about going to their website to get the app.

They still work with whatever action you want to, but the extra notification is a minor annoyance.

Thanks. Sounds like you tried the experiment - so I don’t have to.

If I buy new NFC tags I’ll want ones that work on metal. Any recommendations?

If I buy new NFC tags I’ll want ones that work on metal. Any recommendations? 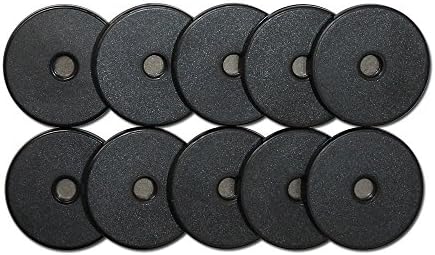 I have them but haven’t had a chance to use them yet.