Should I get another 4K monitor or is 2K sufficient?

I want to add an additional display to my MBP 14" and use it in clamshell. I currently have a 4K Dell 2021Q connected and am certainly happy with the setup. I’m wondering if there’s a downside to going 2K with the second one? My use case is pretty standard stuff (Excel, Powerpoint, email etc).
The one I’m looking at is the Dell 2720DC which can daisy chain DP and I like the idea of that.
Thanks

I know it doesn’t bother some people, but Retina ruined standard definition monitors for me. I’ve occasionally hooked my MacBook Pro up to a 1920x1080 monitor at work and I think it just looks awfull.

Consider using this reference link as a calculator. 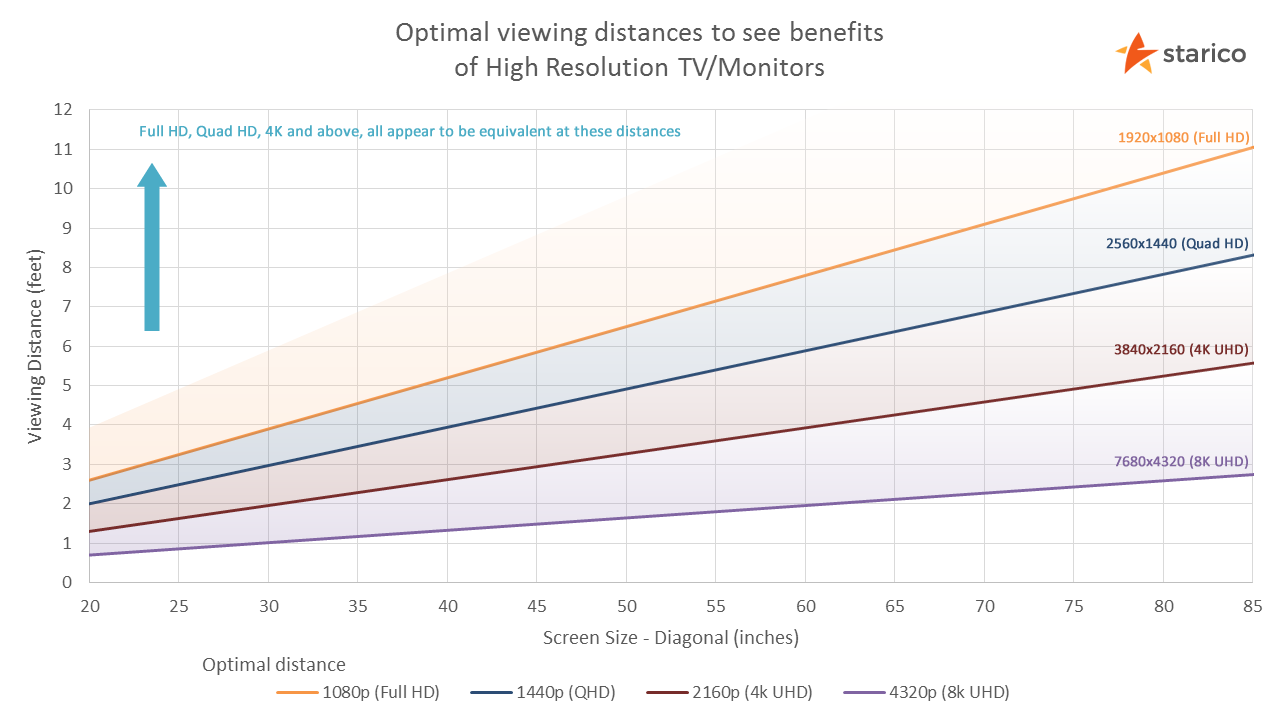 I used to have a link to a spreadsheet that did the calculations more appropriately referenced for computer monitors. For a monitor sitting about 1.5ft - 2ft away, I calculated that I should not purchase a 2k monitor that was larger than 27in in size. I believe I ended up buying a 24in 2k monitor that was rather comfortable to use as a second monitor to my 15in Retina MBP.

In any case, the end result is the same … Pay attention to where you sit relative to the visual acuity distance for the monitor size and resolution to avoid the sense that what you are seeing is pixelated.

Thank you for the response. Just to clarify my question further, would I have any ‘technical’ problems moving windows from one side to another in terms of window or text size etc?
I’m not even sure if these questions are relevant tbh!

macOS allows you to level the displays next to each other, if the top screens are not aligned.
There is no downside, but you will see the window doubled in size once moved from 4K to 2K, and sometimes, it is bigger than the whole 2K, so you might need to resize it after moving to the smaller monitor to make it fit.

For a time I had a 4K main monitor and a supplementary 1920x1080 secondary beside it. The display scaling set on the 4K at least made the window scales similar. When dragging a window between these it was really interesting to watch how macOS was rendering.

Dragging from the 1080 to the 4K, the window switched to hi-dpi rendering once more than half was on the 4K. Curiously, this made the part still on the 1080 look better. Going the other direction logically did the opposite. I never let any window spread across both in use, but it was interesting to observe the behaviour.

On Windows 10… well… not so good. Got a new (Dell) laptop which had a pretty decent high resolution (1920x1080) screen in a 13" form. But it meant text was a little small, particularly compared to the two 24" 1080 monitors above it. So I decided to switch on screen scaling on the laptop screen - 125% scale. It works but how apps handle this is hit and miss, and Microsoft’s own apps aren’t even consistent. Outlook worked in the resolution of the monitor it first opened on, no matter where it was dragged. Thus it looked terrible on the ‘wrong’ monitor.