However, I love going for walks with just my Apple Watch and AirPods, and I find that syncing podcast episodes to Apple Watch is unreliable, even though “Auto-Sync to Watch” is selected. For example:

Consequently, I’m looking for an alternative podcast player that allows me to manually download specific episodes to the Apple Watch. 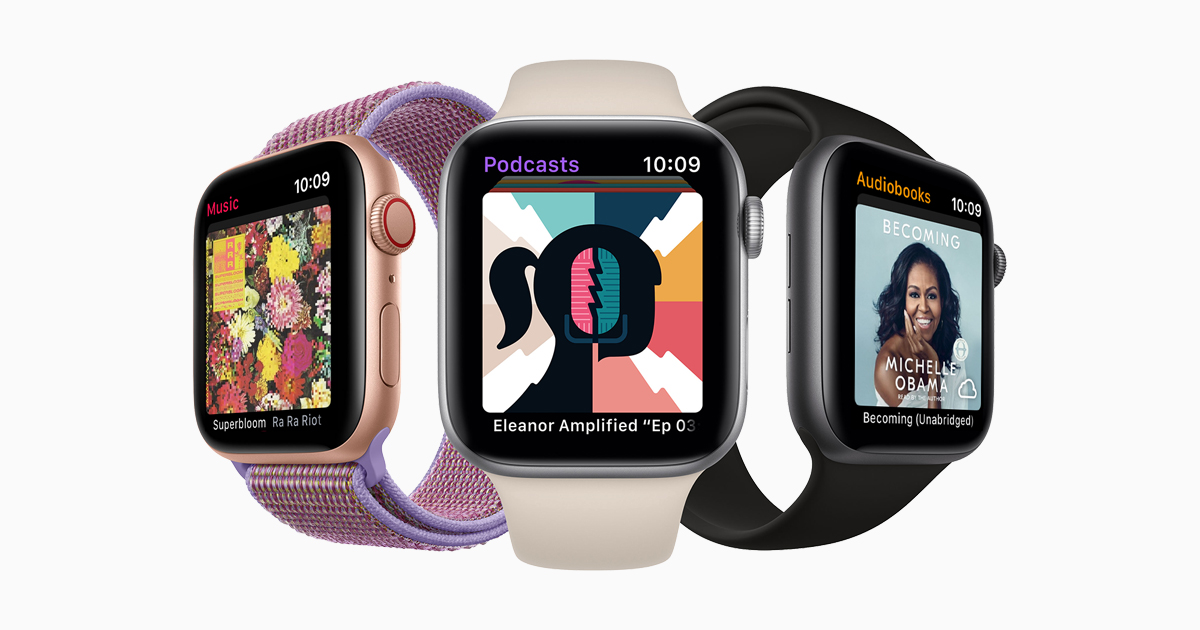 Listen to music, podcasts, and audiobooks on your Apple Watch

Stream Apple Music, Apple Podcasts, or audiobooks that you purchased from Apple Books. Or sync content to your watch.

Pocket Casts (iOS/Android/web player) has an Apple Watch app. Don’t have a Watch yet, so I don’t know how well it works, but I’ve been using PC since 2016 and use it for hours each day. It was purchased over 18 months ago by a consortium of NPR stations and has been well-supported and updated. (It also has integration with Amazon Alexa, CarPlay, and AppleTV.)

I do not know of any really good alternative. But I can feel your pain.

Marco Arment’s statement that there are only few users using the app is quite … funny? Why should a big number of users use an app that basically is a pain to use?

For some reason, the watch still seems to be a device with not much love from developers. I had high hopes when Apple announced watchOS 6, but I do not see one single third party app that works fast and reliably on a watch in comparison to its iPhone counterpart.

Sync issues, the lack of reliable status updates to complications, speed issues… Several months ago, Marco Arment was talking in a podcast (I do not recall what podcast and what episode) about the fact that he as a developer is being blamed for bugs and problems with the watch app without being able to really solve them because Apple does not provide him with the tools to do so. I do not know if this still is true with watchOS 6, but given the fact that his app is not the only one with issues, it might be correct.

And yes, all this talk about “I will not pay for a dedicated watch app when I already paid for the iPhone version” by many users/customers does not help, either. To be clear: it is nothing you said. I do not mean it that way. But it happens so often that stuff does not get developed any more because a lot of users are not prepared to pay for it adequately.

One more reason for the situation might be that iOS 13 was such a nightmare for developers during the beta that maybe there just was not time to really dive into watchOS. I have no idea. This might be an interesting topic for a MPU episode.

There is no way to manually sync a particular episode with the Apple Watch (unlike the Audible app, for example).

There actually is a way to sync an individual episode. From an episode list view (example, Queue), select the menu item that has the ‘+’ and three lines; this will open a pop-up menu. Make sure you scroll to the bottom and you’ll see “Send to Watch.” However, as you state, this is not 100% reliable.

As far as a standalone watch app option, I’ve used Outcast and find it to be pretty good. The app is from the developers of Streaks and they have kept it maintained over the years. I assume your watch is a cellular model? If so, give Outcast a try,

Thanks for this! Forgive my ignorance, I can’t find the “Send to Watch” option - after checking both Overcast and Podcasts.app. Which app are you referring to, and are you able to provide screenshots?

I’ll give Outcast a try, thanks!

I can’t find the “Send to Watch” option

In Overcast, in a playlist:

For those more awake than me today, you may notice I started the photos on MPU and switched to Cortex for the next ones… but you get the gist.

Oh wow, I never knew that was there! Thank you! This will make my podcast workflow so much better! (In case you can’t tell, I’m just a little excited!)

Did you give outcast a try? How did it work synching to the Apple Watch?

Nope - I stopped using my Apple Watch for podcasts, in the end. Although apparently Overcast recently got an update that improved Apple Watch syncing.

The update to Overcast makes things much better. I’ve been leaving my phone behind regularly as I go for my daily work since it came out.

I had to delete and re-add my feeds to get it to sync properly.

I was having problems getting podcasts on my Apple Watch. After reading this thread I tried
Outcast. I’ve been using it to listen to NPR’s Hidden Brain Podcast. So far so good!

Thanks for suggesting that app, Ricardo_M!

I have a series 5 Apple watch, non cellular, and a 2 year old IPhone SE, both running the latest iOS. I’ve been using Overcast for a long time, like it, except for getting the podcasts onto the watch. My Watch sync experience has been worse after updating to overcast version 2020.4. I tried deleting all my podcasts from Overcast, uninstalled the watch app, to start over. After a week or so, my watch has 5 podcasts listed (which is good), and 3 podcasts still have the cloud symbol, meaning I can’t listen to those 3 when I’m out of the house.

. I decided to try The iCatcher app. iCatcher works better for getting podcasts onto the Apple Watch. However, for my use cases, I generally like Overcast interface and general synching between devices better, except Watch sync. I even tried moving my watch and phone to the same room as the router for overnight charging, just to make sure the wifi signal was excellent, but it still wont download those 3 podcasts to the watch.