Today I learned the guy who played the punk rocker on the bus in Star Trek IV – the one with the whales – went on to direct the Muppets’ “Bohemian Rhapsody” viral video.

Kirk Thatcher, then 23, plays the obnoxious punk rocker on a San Francisco bus who refuses to turn off his loud music, and gets a Vulcan nerve pinch from Mr. Spock.

He was played by then-23-year-old Kirk Thatcher, who worked as an assistant to Leonard Nimoy, who both starred in and directed the film. Thatcher was an ex-punk himself and a huge Trek fan as a teen, and when he heard they needed a punk rocker for that one scene, he lobbied hard for the role.

During production of Star Trek IV, Thatcher learned that they were going to use a Duran Duran song for that scene. Thatcher knew that was ridiculous, so he wrote and performed the song that plays on the character’s boom box. The song is called “I Hate You.”

Thatcher has had a long career in movies and TV production, including his work for the Muppets, where he directed that Bohemian Rhapsody video. And many years after the Trek movie, Thatcher reprised the role in a cameo in “Spider-Man: Homecoming.” 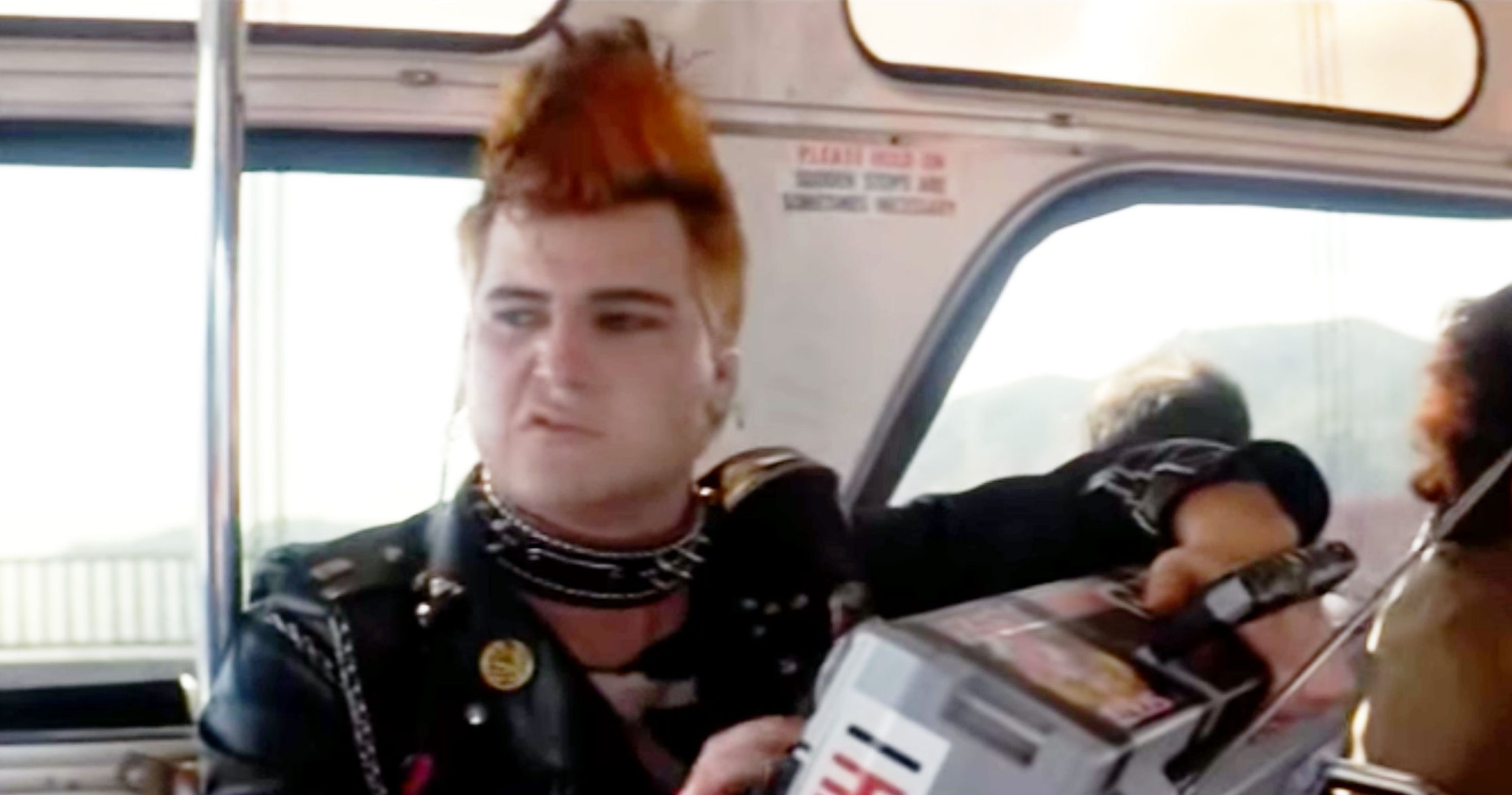 Catching Up With Star Trek IV’s True Hero: the Unkind Punk on the Bus

In 1986, Kirk Thatcher gave Captain Kirk the bird. Now, he gives us the behind-the-scenes story of the most punk-rock moment in 'Star Trek' history.

What does this have to do with Apple? I’m glad you asked! Thatcher also came up with the “Hello Computer” gag, where Scotty is talking to the Mac mouse. http://www.startrek.com/article/interview-trek-ivs-punk-on-the-bus