This looks really fascinating! Does anybody plan on signing up for Starlink? It seems like a great solution for anybody living in remote conditions.

For people who either have slow download and upload speeds or don’t even have internet access at all, Elon Musk is here to deliver something that will certainly interest you! It is also worth mentioning that governments wont be able to force...

Interesting concept. Starlink say that latency will be high for a while:

Starlink is now delivering initial beta service both domestically and internationally, and will continue expansion to near global coverage of the populated world in 2021.

During beta, users can expect to see data speeds vary from 50Mb/s to 150Mb/s and latency from 20ms to 40ms in most locations over the next several months as we enhance the Starlink system. There will also be brief periods of no connectivity at all.

That’s about 4x to 10x or more worse than fiber latency in the U.S., I believe. Would be interesting what the streaming experience is like. Also the price quotes I’ve seen range up to $99/month, which might be high for people in developing countries.

I wonder how that latency compares to other satellite services. I would imagine it is much less, which is probably a more realistic comparison for rural homes.

There will be a lot of people happy about this.

Amazon and maybe Boing are supposed to be doing similar systems. Interesting times. 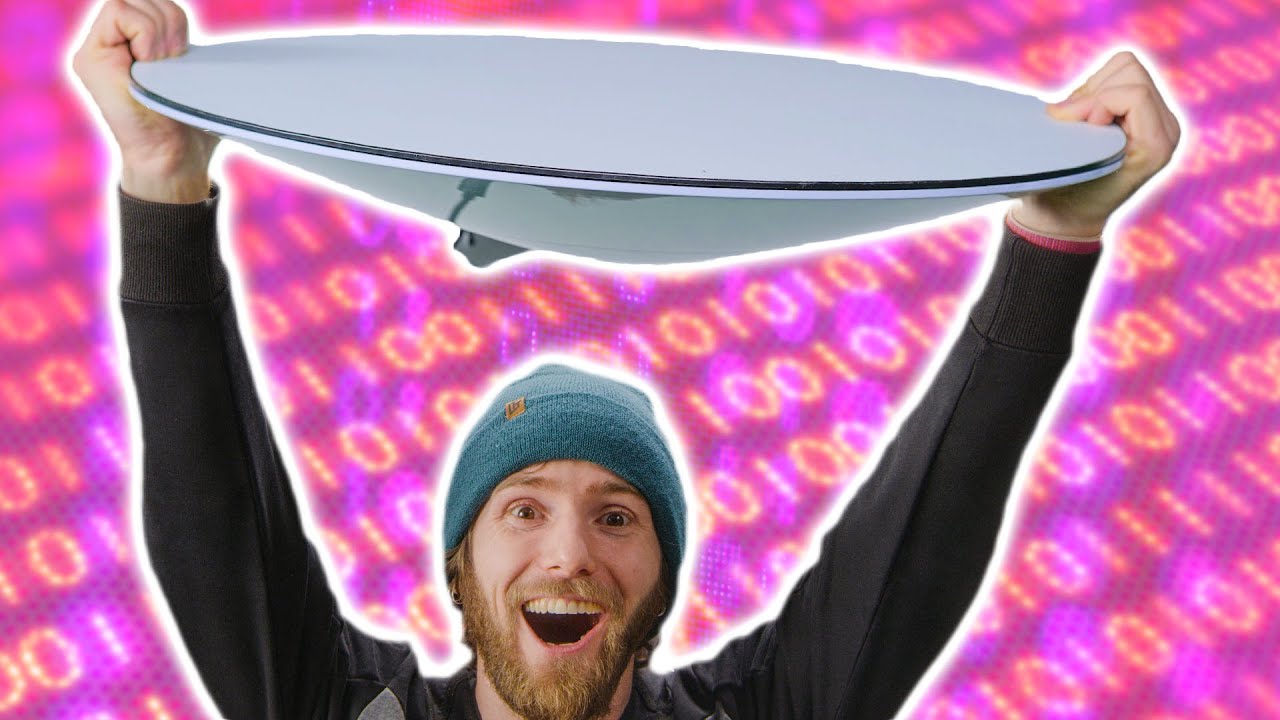 Some scientist say it will add to the already enormous space junk floating around Earth. Once we solve the mess on Earth, we will have to deal with the mess we made around our planet. Makes me think of the manga serie Planetes

I will say I was able to receive a briefing from them a couple years ago on this program. I do think they plan to de-orbit the satellites in a responsible way. That just leaves the satellites that are operational, and these are LEO if I’m not mistaken? Should leave plenty of orbit space, but I’m not 100% on that.

I put me and a bunch of my clients on the waiting list.
WE NEED COMPETITION!

I read that the purpose was for everyone to have access to the Internet. They indicated that some people could get it free of charge.

Is Starlink funded by the US of A?

My cousin in Laramie Wyoming got it. Told me he was getting roughly 25mpbs with ATT and after installing Starlink was getting 85Mbps finally allowing him to stream video with a bit more comfort.

I think it’s going to be huge because the Wife and I want to pick up a cabin or something like it here in the outskirts of Arkansas and having acceptable Internet is a huge plus.

Cousin posted speed tests showing he was getting roughly 40-50s latency. I think that’s low enough to at least enjoy some gaming which is what his kids are into.

Latency will likely become less and less of a problem once the service begins to mature.

Latency will likely become less and less of a problem once the service begins to mature.

I worked at a company doing two-way satellite Internet at the turn of the millennium. We were using 1.2/1.8m KU band dishes with standard-orbit satellites, and minimum latency was something like 250ms due to a very irritating limitation - the speed of light. That’s the speed the satellite transmissions travel, and it has to go both up and down.

Starlink is using lower orbit satellites (550km up), and if what I’m seeing is correct that would mean 550 x 4 (both up and down, two transmissions per request), giving a minimum latency in the neighborhood of 8ms - just for the satellite part of the link.

So if the rest of Starlink introduced no latency, 8ms is pretty much the floor.

Back then, the other consideration was that satellite-to-satellite space segment was much more expensive than terrestrial data capacity. So it’ll be interesting to see how they do this.

I know that at least basic redundancy can be accomplished with multiple satellites at (effectively) the same orbital location.

It feels to me, based on the issues we were running into back in the day, that satellite-to-satellite communication would decrease capacity rather than increase it - but it’ll be interesting to see how they pull things off as they build it out.

Yep I have reserved mine.
And I know at least 5 of my clients reserved / ordered as well.

This will give me the opportunity to learn more about the service.

Is Starlink funded by the US of A?

Yup! Most of their funding comes from SpaceX and Tesla.