Is anyone else that’s currently using multiple monitors re-thinking how they work with the introduction of the Studio Display?

I’ve been using multiple monitors (2, sometimes 3) for the last few years for general office-type productivity. Do I need them? No, not really, but there’s certain things that they enable that I find nice.

Last week, against all odds, my LG 5k display – which I’ve had paired with a random LG 4k display – died, the day before the Studio Display got announced. Fortuitous.

When the Studio Display got announced, I was giddy and immediately pre-ordered two of them,. I was finally going to have my dream of multiple, matching monitors, price be damned.

Now, I’m re-thinking it. There’s a few things I’m considering that are pushing my thinking in different directions:

What factors are you considering?

Last week, against all odds, my LG 5k display – which I’ve had paired with a random LG 4k display – died, the day before the Studio Display got announced.

My 5K iMac did the same thing.

Until it died, I was running the iMac and two Dell 4K displays on either side. For me, the three-monitor setup is a critical part of how I work, with whatever I’m doing on the main monitor and supporting information on either side. I’ve also always been annoyed by the fact that the color and size of the Dells didn’t match the iMac. For five years I’ve wished that Apple would put the iMac 5K panel in a separate display. They’ve finally given me exactly what I was asking for. So, despite the cost, I’ve ordered three Apple Studio Displays.

In my experience, non Apple displays have resolution trouble with MacOS. The correct pixel density for Mac is achieved by roughly 4K at roughly 21.5", 4.5K at 24", 5K at 27", 6K at 32" (…etc?). Most non-Apple displays are 4K at 27", rendering text rather poorly, especially with thin MacOS fonts.
So I’m surprised to hear you were able to put up with the mismatch between the two LG displays!

As for your points:

I don’t heavily use my second monitor — my calendar is there, and I look things up in DEVONthink, and perform occasional other tasks but mostly retrieving info. All my heavy lifting is on the main monitor - probably 90%+ of my time. So I am going with one Studio Display now, with the idea that if Apple releases an updated Studio Display in the future with something like HDR, I could justify getting it and moving the current (arriving Friday) one over to second status.

This is something I have also been struggling with.

I have been using multiple displays for many years now, originally three of them but I pared this down to two a couple of years back.

I work with my main monitor (currently a 27" iMac) directly in front of me with an LG 4K display to the right of it. If I’m honest with my self the bulk of the second monitors use is taken up by watching YouTube or similar while I work away on my iMac. I’ve come to really like the look of the single display but am not a huge fan of working windowed on the main display.

I have ordered a Mac Studio and two displays (one of each stand type) with the intent on returning one of them. Whether I continue to use my LG as a second monitor is still in the balance.

By only getting one monitor I hope to leave the door open to moving to a bigger screen in future i.e. XDR or getting a second Studio display at some point.

I really need to research ways to keep YouTube on top, which would probably enable me to move to a single display more easily.

I really need to research ways to keep YouTube on top, which would probably enable me to move to a single display more easily. 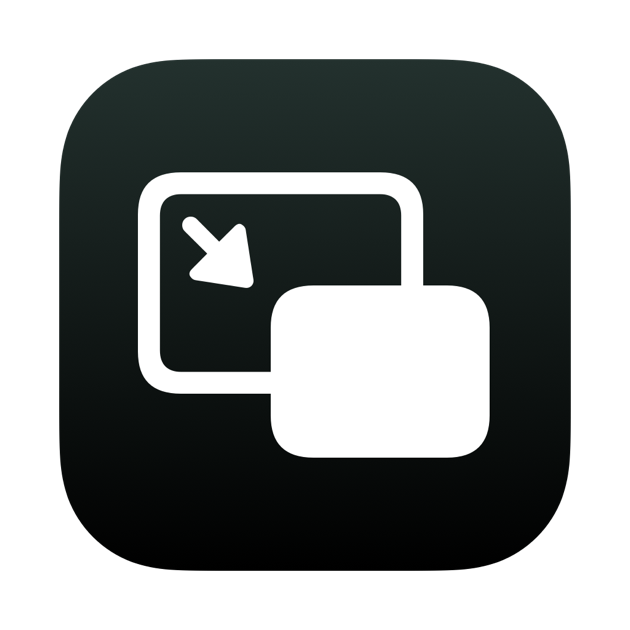 ‎PiPifier is a native macOS 10.12 Safari extension that lets you use every HTML5 video in Picture in Picture mode. If you have an HTML5 video playing on any website like Youtube just press the PiPifier icon in Safari's toolbar to enable...

I used to be a two-monitor guy: 27” iMac and 27” Dell 4k. When I got rid of the iMac and replaced it with a MacBook Pro I tried several setups (documented elsewhere around here).

What I settled on was primarily a single monitor approach* that involves using the Spaces feature in MacOS. The advantage of this has been that my muscle memory for screens and window management is basically the same when I’m at my desk (27”) as when I’m on the road (14”) except for the size of the screen.

I’ve found that 27” is large enough that I can have two apps side by side without any issues. When I had two monitors, and 4-6 open apps in front of my at any given time, most were distractions from work rather than additive. The ability to switch quickly between spaces has replaced the need for additional screen real estate for me.

I’m replacing my Dell with the Studio display only because I want to. I will appreciate the built in camera and mic, but mostly it’s just that it will look better than my Dell and it’s the new shiny. I don’t think it will even be able to replace my Caldigit dock, which is kind of a bummer.

*I do the leave laptop screen open when I’m at home, primarily for TouchID. Since it’s open, I just leave outlook maximized on the screen. When I travel, I can use my iPad as the second screen for the same purpose.

The ability to switch quickly between spaces has replaced the need for additional screen real estate for me.

Rockin’ my M1 MacBook Air while my Apple LG UltraFine 24-inch display and my click-y clack-y keyboard sit on the shelf, unused.

I’m sort of in the same boat. I like and use Spaces like a fiend, but the siren song of two monitors is hard to resist. I’ve set up an unused 24 inch LG 4K next to my 27 inch iMac, and I’m getting used to it. I’m thinking of getting one of the new Studio Displays as well to replace the LG.

I’d love to see your setup when it’s done.

Thanks Chris, I’ll be sure to check it out.