On my 2016 mBP, running the latest version of High Sierra, my system is using upwards of 700 gbs. The support folks are quite impressed, and bewildered.

We are trying lots of things, and they are very helpful (I’m on the phone while I write this), but they are definitely scratching their heads.

I’ll report back, and right now we are rebuilding spotlight…more soon…

Support spent about 90 minutes with me, and we found 5 backups that had been buried in my “google” folder in the library. That was over 600gbs. They were over a year old.

Removed them and now I’m at:

Who / what created those backups?

Weird, glad you got it fixed. If you ever have that again run Genimi 2 or Daisy Disk and they should find them.

Not sure how they were made, but sure operator error played a significant part…

Good suggestion on Daisy Disk. Next time (hopefully not a next time)

Clean My Mac is excellent too, and can make helpful suggestions on what one does and doesn’t need to keep.

Here’s a comparison of the two paradigms

“Here’s some stuff I found that you can safely get rid of, just click the button.”

“Here you go. Look for big stuff you don’t need.” 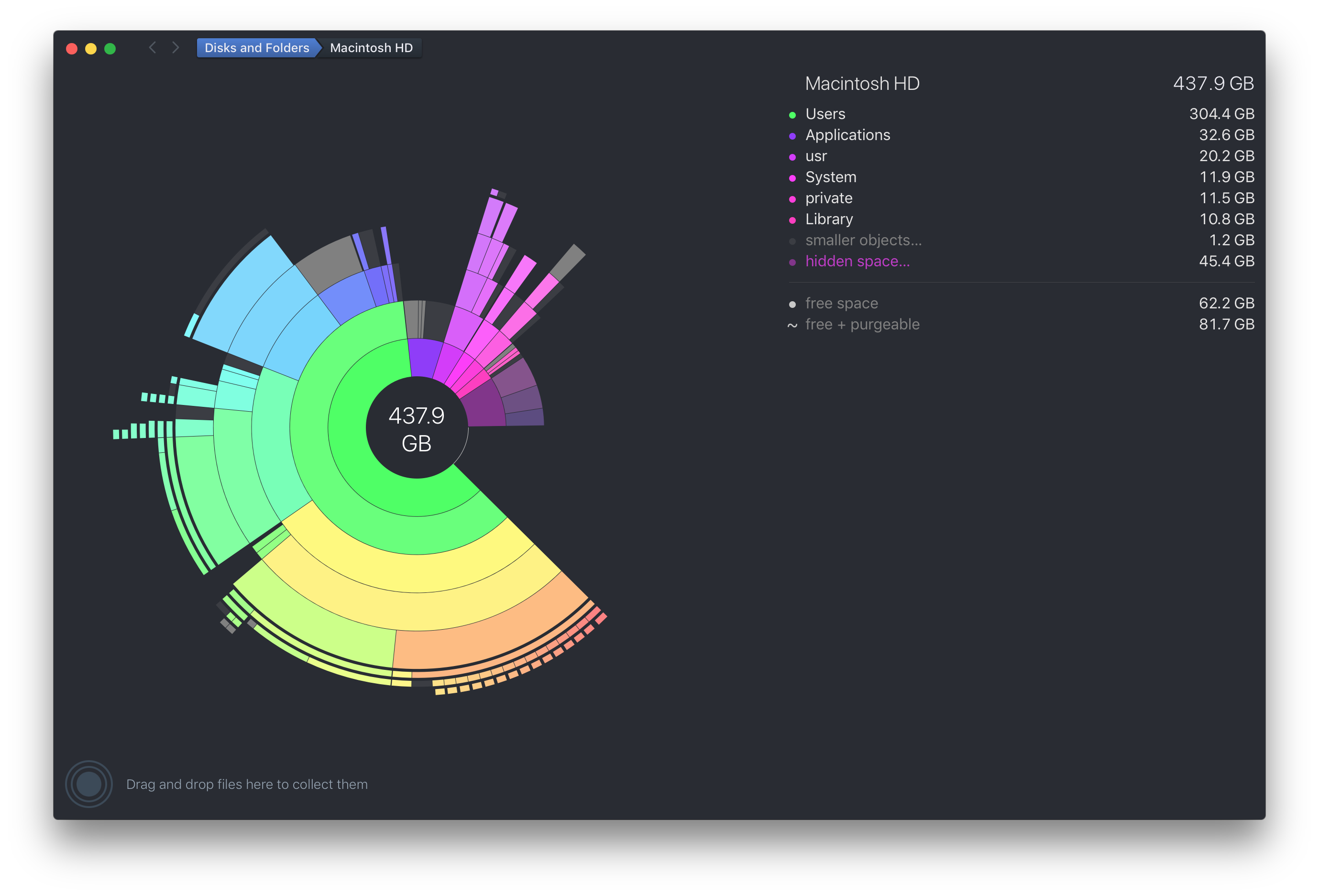 Be careful with Daisy Disk. It shouldn’t be used to remove snapshots – even though it is more than willing to try to do that. I’ve run into problems after I attempted to deleted snapshots with Daisy disk, the app choked, and then the snapshots became undelete-able. I later found that the snapshots had been made by Carbon Copy Cloner, not macOS, and could only be deleted by CCC.

And after a week of working with Apple senior support, we are now back at … a systems folder well over 700g.

It’s a head scratcher, and Apple admits it, and looks like the next step is to do a complete OS reinstall…

Are you using Dropbox’s Smart Sync? I am, and while I really enjoy having my whole Dropbox available, it does cause issues with reporting space. As below, documents is taking up 873GB on my 500GB drive.

Clean My Mac causes issues too, since as it scans it causes the request to download the file from Dropbox, meaning that if I let it finish scanning, it would try to download my whole Dropbox (which is larger than my hard drive).

I had a similar issue a couple months back although not as extreme.

Have you used Carbon Copy Cloner? That was the cause of mine, a setting which it now defaults to was causing a hidden issue. Was a faff to fix but will find the instructions if its applicable to your situation.

I didn’t need to reinstall the OS.

Y’know, I just starting using CCC last week, when the issue just started. Would love to see those instructions. Thanks!!

Cool. Leave it with me to dig them out and I’ll post it up. Sorted my issue so hopefully works.

Ok, still looking for the specific post I found at the time but fairly sure post #6 on this thread is the setting

Let me know if that helps and if its not it I will keep looking for the actual one I followed.

I had left the setting on and it was basically storing additional copies.

That’s for the destination though, CoachMike’s issue is with the source drive filling up.

Yeah I know, it still worked though, my issue was with the source not the destination. At the time I was fixing it I read into it a lot more and its some sort of glitch they had with it.

Either way when I did that, the source drive issues I had cleared up and I got all my storage back. I had tried a lot of other things first none of which worked and randomly stumbled upon this.

I’m not technical enough to know why it worked but totally agree with what you are saying about source / destination.

I also did this:

From memory (which is not ideal) I did this first and it didn’t improve it which was then when I kept searching to find the CCC issue.

Ah. Cool.
I was wondering about snapshots too.
Very strange though. Hopefully it will be fixed in CCC and/or Mojave.

Week 2 update - Working with my second Apple senior advisor, and we went into Terminal and told it to remove all the Time Machine backups…AND still have a systems folder well over 700gb.

Not sure the next step but the advisors

(both great folks) said they have one or two tricks to try.

Get DaisyDisk and scan the drive in admin mode. You’ll see how much space is consumed by hidden files and folders. Do not use DaisyDisk to delete the hidden data. Open CCC and select the drive name at the bottom of the left sidebar. This will reveal all the snapshots, in the right hand panel. Icons distinguish between those made by CCC and those made by TimeMachine Utility. Use CCC to delete any or all snapshots.

tmutil from Terminal will not always immediately delete snapshots. CCC willl. I find the snapshots made by CCC are useless, so I turned the feature off.