Says they have 100,000 monthly active users with 560 million expansions in the last year across their customer base. The funding will be used to built tools to suggest new snippets and analytics to determine which snippets are popular.

Guess the move to subscriptions really paid off for them. Does everyone remember April 2016 when the internet lost its mind about TextExpander moving to a subscription service? I sure do. It seems like it was only yesterday.

The reaction was epic at the time. Now the reactions seems less extreme probably due to most software having done the move by now. Lots of people said it was a huge mistake. 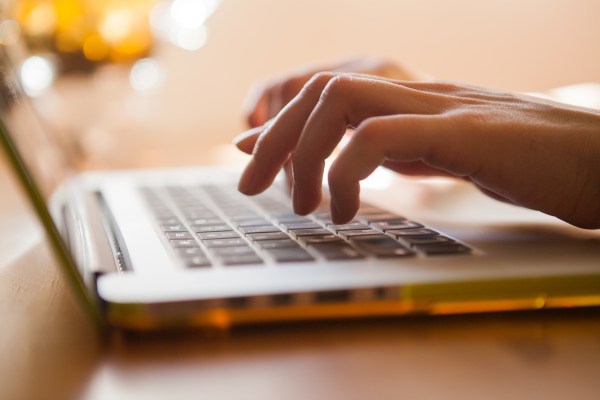 TextExpander, which lets users build shortcuts to speed up business...

RPA, and companies like UiPath, swooped into on the world of work a few years ago as a catchy way for organizations to help teams automate and speed up repetitive business activities such as processing information on forms. Today, a company called...

that’s a very very low number for a cloud service I’d say
I really wonder if the move to subscription actually paid off for them?

Doing simple calculations it seems investors are now spending 414 per active user for functionality improvements? Somehow I find that a strange investment model

There goes the neighborhood.

would be interesting to know if they count 1 corporation as 1 user though. That might change the calculation of the ROI

The funding will be used to built tools to suggest new snippets and analytics to determine which snippets are popular.

$41,400,000 for that? Am I the only one who thinks that’s super strange? What were those investors thinking?

I might’ve been able to understand the large investment if TextExpander had plans to create more applications, but that’s not what they’re doing.

The funding will be used to … [snip] … and analytics to determine which snippets are popular.

What am I missing here?

Right now, if you search for TextExpander integrations, you find the iOS keyboards and Zapier (and if you search Zapier, you can’t find them in the list, so it’s some indirect connection?) This money is going to try to improve that, so TE is a more integral part of business strategy and not just an isolated sales or customer support tool.

It’s also (I think) the founders cashing out. I think some stock must’ve gone straight from the founders to the PE firm rather than dilute ownership.

When I worked in finance for a large global corp, everything was going towards automation. They were always looking for new software packages to speed up repetitive processes. Sounds like they might be going for that market. Although I doubt corporations would like their data collected.

I might’ve been able to understand the large investment if TextExpander had plans to create more applications, but that’s not what they’re doing.

I think TextExpander and Typinator are two of the most under-appreciated/under-valued apps around. Double so for TextExpander since it works on both Mac and Windows.

Many people think of these as just abbreviation/substitution apps. But their capabilities are stunning when you consider how easily you can integrate Javascript or other scripting languages to be triggered by text expansions.

Snippets shared in a team environment can be an excellent way to offer consistent responses to customers.

Or suppose you are a software developer with a niche in the real estate industry. You could create a set of snippets which automates communication with prospective clients and uses Javascript to integrate your responses with your database of available properties.

Or maybe your niche is to be a database vendor to merchants who sell widgets and you provide a continuously updated cloud-based snippet set whereby you enter the model number of your desired widget and a current quote comes up.

There are infinite other ways this could be useful.

Thanks. I understand sharing snippets as a team, to provide that consistent response. As well as your other examples.

But how does, “and analytics to determine which snippets are popular.” have anything to do with this?

That is the connection I am missing.

100.000 users paying $40 per year is $4.000.000 earnings per year. Which is pretty OK, considering TE is a one-trick-pony and there are other products out there. Overhead costs are very low.

Now, how do you turn it into a company/product that merits $41.000.0000 funding? Weird move. What was the valuation for that funding?

As for the “internet lost it’s mind”: I was among them. I don’t recall the initial pricing they suggested but it was in the realm of Photoshop and Office. For an application with 1/100 or 1/1000 the code base and usability.

Right, but the thing is, you have free, open source apps that can do that too:
https://espanso.org/

I’m not saying apps like TextExpander aren’t worth paying for, but a 41.4M investment sounds like a bit much IMO. Especially if they’re already a subscription app.

The article doesn’t say, but implies they are going to be business oriented and our going to release new products. It’s not crazy at all, automation is in high demand. Home users won’t be the focus, kind of like 1Password.

Interesting - I had not seen Expanso previously - how does it compare with Textexpander and Typinator?

That said - while I see the appeal of open source for personal use, for a project that I use in a business setting, my preference (and that of many other business owners) is for reasonably priced paid software. That means someone has an ongoing motivation to maintain the software and keep it compatible with current OS versions and interoperable with current browsers and other apps.

TextExpander may well recognize this and see an opportunity compete in a crowded market by appealing to business users.

But how does, “and analytics to determine which snippets are popular.” have anything to do with this?

The statement is somewhat vacuous.

Their new CEO, JD Mullins, seems to have quite a SaaS background. That also explains the funding, investors are buying into his experience/plan.

TextExpander may well recognize this and see an opportunity compete in a crowded market by appealing to business users.

Fair enough. I would probably sponsor the dev via GitHub if I was a business to lessen these concerns but they are valid nonetheless.

I’ve not used Textexpander and Typinator but from what I can tell the feature set of espanso equals them.

…they are going to be business oriented …

Read that. We have a call-center which also does the emails. Standard replies are a thing. But they are built into our CRM system (with customer database integration, view of previous contacts,…). And I know many already use systems like those. So, nothing new.

…automation is in high demand. …

Correct. Still doesn’t explain why a company whose core expertise is text snippets will provide a €41Mn business model. Many companies out there doing language analysis (to automatically generate a response, kind of TE+ML), automation, etc.

“We are moving to businesses and do automation” is not enough explanation to understand €41Mn.