The Omni Group seems to have problems

Looks like our beloved Omni Group has some problems. They laid off Brent Simmons and others. Here is a link to Brent’s blog post. Hope they find a new job soon!

That’s a shame. My bet is they intend to double down on growing the cross-platform market for OmniFocus, eg Windows/Android (and leaving be worse-selling apps like OmniOutliner for the next 12-18 months).

Unhappy news. I’ll miss the Omni Show (or at least the Brent and Mark era) very much.

The Web is going to kill the app market as we know it. I’ve been saying this for a while. Moving to another rigid platform will only delay the inevitable.

Apple is milking iOS for all its worth because they know the insane revenue from iOS and the App Store is going to collapse within a decade.

The name of Mr. Simmon’s blog, “inessential”, is ironic in this time when those of us in locked-down communities are supposed to leave home only to see to “essential” things. With 30+ percent unemployment forecast by some pundits for the U.S., perhaps buying software is more inessential than ever.

IMO, the only thing keeping it from happening sooner is on device encryption. And that isn’t likely to last much longer.

Oracle coined ‘thin client’ computing in 1993, and Chromebook thin-clients have been around for 9 years. The era of the mobile thin client will probably be dominant around the time Linux on the desktop is.

I listen(ed) only occasionally, when they had someone on who uses OmniOutliner. The last two of those guests were Lyle Skains (the most recent episode) and before that John Gruber, a former employee. Gruber outlines so lightly he could actually use any outliner app out there, but he does take advantage of OO’s columns (which, for his uses, could probably be better implemented in a spreadsheet, but that’s another issue). The Skains interview only briefly touched on her use of OO, and when she described how she uses it for interactive fiction I was amazed she hadn’t switched long ago to the improved flexibility (especially for the digital storytelling she specializes in studying) of a mindmap, or especially a specialized app like Tinderbox.

An okay podcast but I never got as much out of it as I’d hoped. I imagine the people who got the most out of it were OmniFocus users.

I’ll be watching for big advances in Encryption and either a replacement for HTML Storage that bumps it up to levels that can store some larger files for processing. From a chip standpoint RISC-V will create an open standard architecture to build off. I’d say a decade may be too pessimistic

True, the OF episodes tended to look more closely at usage than the OO episodes and OP episodes, because OF power users can’t help themselves, I suppose. My favorites were all the employee interviews and the round tables, especially the Tiki aficionados. It’s a good example of how to market a company and retain your personality. 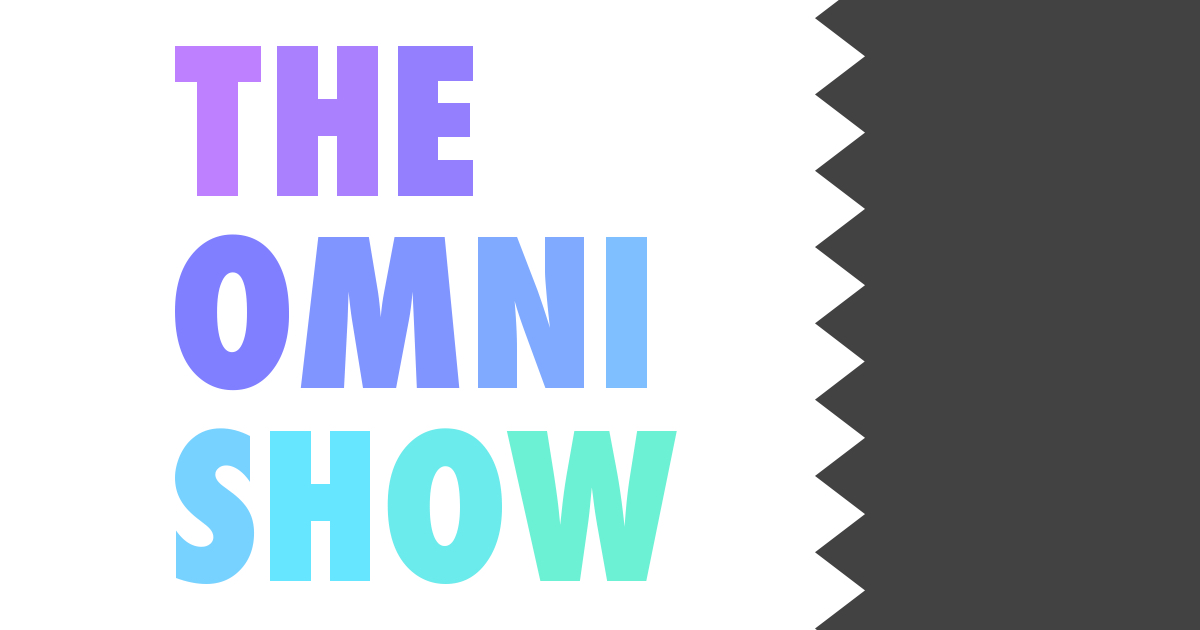 The Tikinauts: Two Cherries In

Like any other workplace, Omni has a few subcultures — knitters, rock climbers, dog fanciers — but none of them involve quite as much rum, kitsch, and straight-up chillin’ as Tiki.

The last bullet point on this tweet probably reveals a lot about the problem.

I didn’t realize Omni had begun offering subscriptions, but sounds like it was too late. Agreed. My own personal use case has been towards more native apps and fewer web apps (I won’t even log into gmail on the web unless I absolutely have to). Sure, many of my apps/platforms are enabled by the web. But I dislike working in a web-browser. I dislike not having my data local. And I’ve been hearing about this magical thin-client day for a long time.

It’s cyclical. Timeshare And dumb terminals was the original thin client, then things moved to the desktop, then to servers, etc.
We have Wyse thin clients for Windows in the labs at school and they’re terrible. They’re also hamstrung by I/O. Anything beyond a keyboard and mouse and they fall down.

I have this same observation about the show. I always got a lot out of the OF episodes because there were so many great takeways that I could experiment with. I always wanted more out of the OmniOutliner episodes because I find myself using OO less and less. I migrated a lot of my outlines into Scrivener. I was familiar with Lyle Skains from her Twitter feed where she explained in great detail how she uses OO. I bookmarked the tweets, I found them so useful. She did not talk much about OO on the podcast, though.

OO is a great app, but it seems like the things one needs it for are either too simple to need the power, or better off done in another app. For example, all my reading notes go in either Logos (for Theological materials) or Zotero (for pretty much everything else). From there, lots of things end up in Scrivener where I do my writing and outlining.

One of the best uses I’ve found for OO is using it in seminars. I have created detailed presentation outlines, and just put OO on the screen and taught from the outline. It’s actually pretty great.

The last bullet point on this tweet probably reveals a lot about the problem.

I didn’t realize Omni had begun offering subscriptions, but sounds like it was too late.

Definitely must contribute. Ken pointed out somewhere that subscriptions are a bet that the user will stick around for a couple years, adjusted down for hopefully increased signups and up for any short-term subscribers cannibalizing a traditional license. So they should have launched subscriptions by 2017-2018 to make a difference now. I realize they were able to ship features and launch major versions users wanted because they didn’t though.

If you ever read John Dvorak, he’s talked about (complained about?) this A LOT. We use thin clients and Citrix at my firm. I find myself working more from my laptop and logging into Citrix when I have to. My own experience is like your observation.

If you ever read John Dvorak, he’s talked about (complained about?) this A LOT

If you read John Dvorak a lot, you have my sympathy.

After he was recorded on video in 2006 admitting to being an anti-Apple troll and describing his favored baiting techniques to get attention, I’ve been surprised he’s had continued longevity. Dvorak has a longstanding antipathy to all things Apple, and it’s probably helped him pay his mortgage. Back in 1984 he wrote, “The Macintosh uses an experimental pointing device called a “mouse.” There is no evidence that people want to use these things.” In 2007: “Apple should pull the plug on the iPhone… What Apple risks here is its reputation as a hot company that can do no wrong. If it’s smart it will call the iPhone a ‘reference design’ and pass it to some suckers to build with someone else’s marketing budget. Then it can wash its hands of any marketplace failures… Otherwise I’d advise people to cover their eyes. You are not going to like what you’ll see.” In 2010: “The Apple iPad is not going to be the company’s next runaway best seller.” In 2012: “Within the decade, Microsoft should have a minimum of 300 stores. They should do as well as the Apple Stores.”

One time Leo Laporte fired him (for disrespecting advertisers, and (before rehiring him ? is he back at TWIT? I don’t watch it) he admitted “all John does is just set fires,” he “has his own little troll army,” “he isn’t interested in technology”… whereupon Dvorak sent out a blast email calling Laporte an ‘esteemed bag of lard’.

If Dvorak complains about something, and it’s valid, you can be sure it was preceded by knowledgeable, thoughtful criticisms elsewhere.

I feel like cellular bandwidth is the thing that’s going to be the equivalent for apps.

Mobile network providers make no pretenses of even trying to cover everybody with any sort of quality access.

There’s an overpass by my house. MAJOR traffic hub with interstate highway on/off ramps. If I’m within about a block of it, I can forget getting directions on my phone.

Then there’s the major university a couple cities over. The whole back side of the campus is basically a cellular dead zone for at least a couple of carriers.

I realize there are potential solutions to these problems, but I think there’s a long way to go before our connections are going to be reliable enough to basically use web-based apps for everything.

Back in the day when I subscribed to PC magazine. It’s been a while. But I do remember him writing a complimentary article about the Mac and I almost fell out of my chair.

To me he falls in the same camp as Rob Enderle, the one-man ‘CEO and principal analyst’ of Enderle Group, who attacked Apple over the years as a pundit while plumping up companies who coincidentally had hired him.

Going back to OO, one thing it has going for itself is the privacy in self-hosted files. I am wary of services/apps whose hosting security is unknown, one big reason I haven’t jumped to products I could see myself otherwise using, like Dynalist (whose privacy policy indicates they can view your data).