Third party Twitter clients are down. Does anyone care?

“Tweetbot, Twitteriffic, and other popular third-party clients for Twitter are still completely broken due to issues with Twitter’s API“.

I just downloaded the Twitter client and set to notify me of DMs. There’s no way I’m going to use it or the web client for anything else. No Tweetbot, no Twitter. 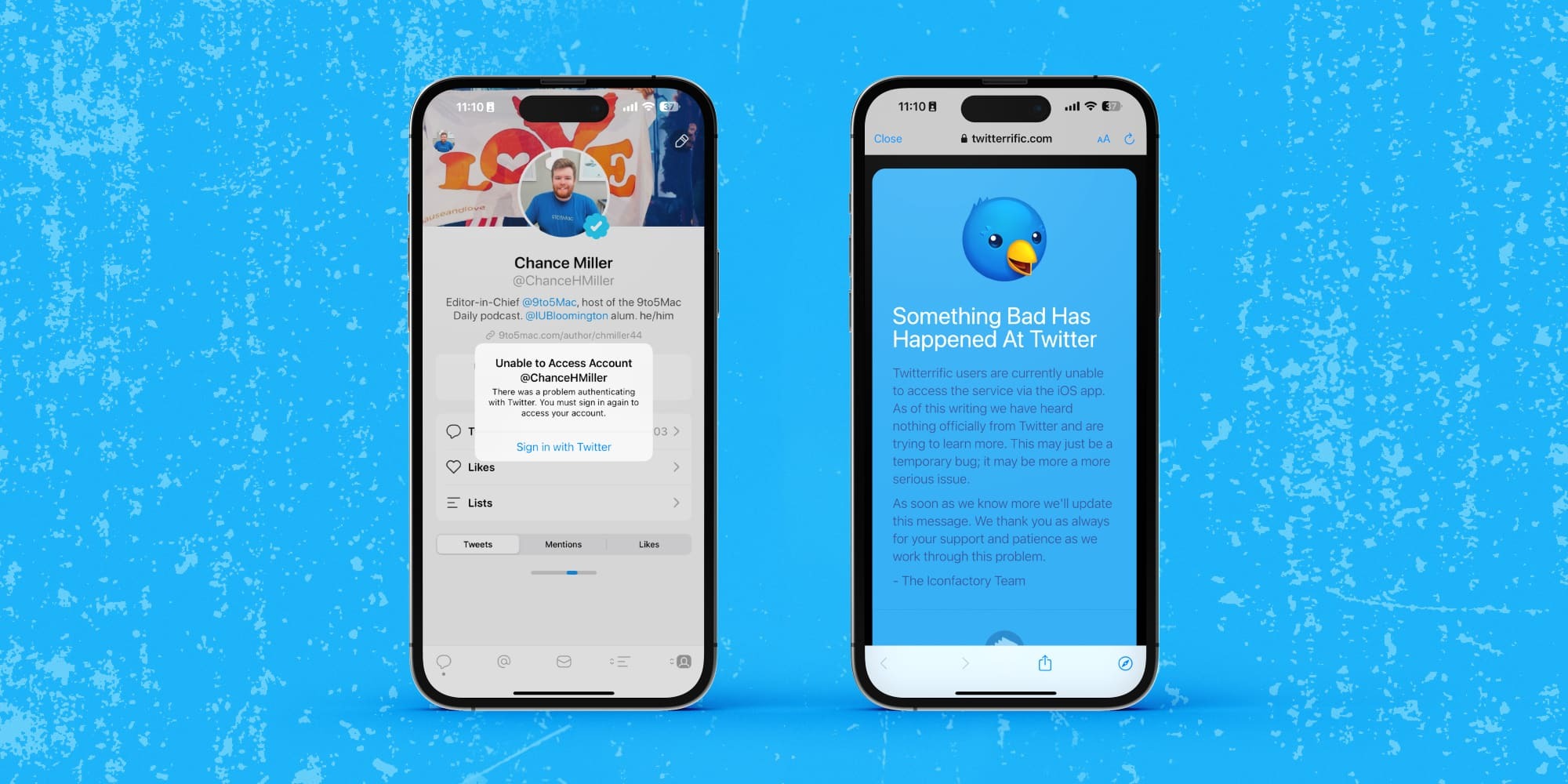 Tweetbot, Twitteriffic, and other popular third-party clients for Twitter are still completely broken due to issues with Twitter’s API. Despite growing complaints from Twitter users and developers alike, Elon Musk has remained silent. This is leading...

I deleted my account a few weeks ago. I didn’t like the way things were being handled, and people I followed and liked were leaving anyway. So I don’t care, but feel sorry for the developers who this is going to hurt. (I suspect third party support is going away for good.)

Can’t be bothered to moved to Mastodon either.

I use it as a newsfeed for sources that don’t offer RSS.

Thanks for posting, @WayneG. I hadn’t noticed yet. Oddly enough the Twitterrific app on my Mac is working and showing up-to-date and recent tweets. But Twitterrific on my iPhone is displaying the “Something Bad Has Happened at Twitter” message and now has switched over to an apparently non-functional “Sign in with Twitter” prompt.

Only 1/4 of the people I follow are on Mastodon. So I will/would miss Twitter, especially as an info source. But I will definitely not use the first-party clients. Currently my Twitter client „Spring“ does work, but I am not sure for how long.

No, we don’t. Twitter is a joke. Inoreader + Reeder for life!

To each his own

Honestly, not anymore. I used to find a lot of good stuff on Twitter, but now I find it to be a cesspool since…well everyone knows since when. On the good side it’s taken away what was once a huge time suck.

Not all - spring is still working for me

I used to find a lot of good stuff on Twitter, but now I find it to be a cesspool

I have never understood why non-celebrity Twitter users would find Twitter to be a “cesspool.” (I understand that celebrities and other people in the public eye are targets for a lot of bad behavior.)

But I only read people who are on one of my rather carefully curated lists and I turn off retweets for those I follow who are not as picky as I am. And I often do not read replies to tweets that show up in my feed. So, generally, my experience with Twitter is pleasant and useful.

The hype cycle has gone into overdrive. I’m sick of needing to curate lists and block words. Why should I need to do all that work to make something more useful to me?

Yeah. I care. I follow a carefully curated list of people who have expertise in areas I’m interested in, never tweet myself, and rarely read replies, so I’m maybe only ankle deep in the cesspool. Since I 1) won’t use the Twitter app itself and 2) keep Twitter off my Mac for the sake of focus and sanity, I’ve been forced to go cold turkey, and I do miss some of the voices I follow there. Really high-minded stuff, like Giant Military Cats and Liminal Spaces.

But then again I’ve made a real dent in my Goodlinks and News Explorer queue. 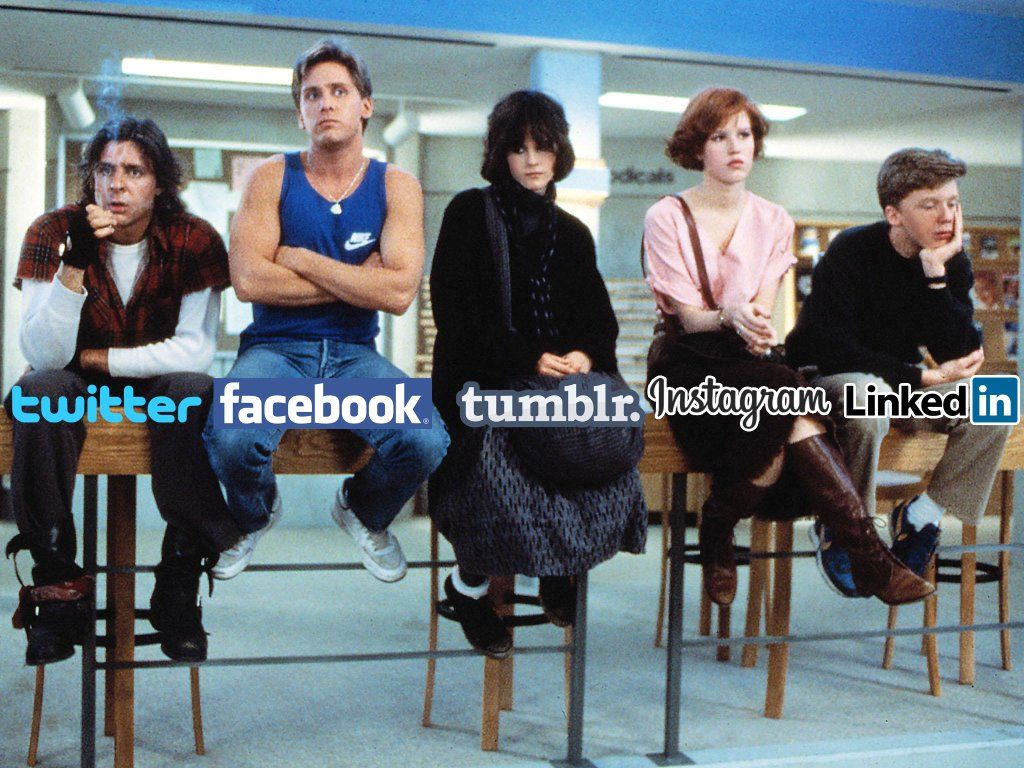 I’m sick of needing to curate lists and block words. Why should I need to do all that work

State of the Twitterverse • The Breakroom

Last night at about 7:30pm PST, Twitterrific customers started reporting problems accessing Twitter via the iOS app. News quickly spread on Twitter and Mastodon that a wide range of third party apps like Twitterrific, Tweetbot, Echofon, and many...

I need to filter my feed more like you do, @karlnyhus. Twitter has been a cesspool for years and seems to draw out people’s worst behavior because they can hide behind their keyboards.

Therefore, I temporarily use Twidere X, as not everyone I followed on Twitter has moved to Mastodon. I have never used the official client or website (so I’m not seeing ads and am not affected by an algorithm that brings out the worst in people). Tweetbot and the people I follow made Twitter a pleasant experience.

I was lucky to get an Ivory TestFlight invite in one of the first batches. This App makes Mastodon a very similar experience. Thus, I won’t miss most of Twitter I think. Mostly the people (that I follow) which are not there (yet?).

I don’t think it’s as simple as @karlnyhus says. For example, I had switched to the native app several years ago (I forget why, but Twitter did something and I didn’t like what had happened to my third party app). Twitter introduced ads, so already your content wasn’t exactly as you’d curated. Then it started throwing in random tweets “you might like”. Then there was the whole battle over actually having your content arranged chronologically, because otherwise your view was “popular tweets”, and as Twitter got worse that was inevitably the ones that had flame wars.

And since Musk took over, the app is now giving me daily alerts for recent tweets from people I don’t even follow, to the point that I had to disable notifications entirely because there’s no option to disable this useless feature (at that point I had notifications turned on so I didn’t miss if someone messaged me, since I was no longer using the app).

Using lists controlled some of the above, but as @adx says, why should we have to curate lists? In addition, much of Twitter’s original value came from spontaneous interaction. Curating the heck out of it eliminates that.

Even if you navigate all of the above, assuming you do want to interact with people you will inevitably draw the rude behaviour of some numpty at some point. Plus good luck being visibly non-white or non-male - there’s plenty of data showing how their experiences of Twitter are even worse. And if you work in a sector that’s been subject to trolling, you might as well delete the app right now because unless you have a private account (what’s the point) you’re going to get trolled (e.g. anyone working in climate science, anyone working in healthcare during the pandemic, pretty much any journalism, and probably more sectors I haven’t noticed…).

My account is still running at the mo but I’ve not used it for 2 months and spend my social media time solely on Mastodon now (technologically quite different but their community rules also foster an entirely different culture and it is much friendlier, like the early days of Twitter).

I’m sad about the decline in Twitter, but what can you do. I actually bought my very first iPhone back in 2009 solely so that I could tweet on the go instead of at my desk. So really, Twitter is to blame for why I’m even here on this forum

Pretty much a passive user following only a few tech related accounts and rarely remember to tweet anything so 1. My experience overall is pretty good, and 2. Has not changed since Twitter changed ownership. I use Tweetbot but if it stops working I will simply not bother at all. Honestly no big deal either way, Social Media does not run my life.

This too. I’m definitely not using the Native twitter client.

I’d never describe Twitter as a Cesspool. There’s the odd knob, but you get that everywhere.