We are readying our 2009 iMac to give away. All these steps were followed with success.

What’s failed is the final step to reinstall an operating system which for this iMac is El Capitan. See attached photo of screen indicating next steps. We’ve restarted 3 times and cannot get past this screen. I’d love ideas and guidance. Thank you in advance. Did you restart with the proper key-commands?

How to reinstall macOS from macOS Recovery

Learn how to use macOS Recovery to reinstall the Mac operating system on your built-in drive or an external drive.

Although I haven’t done it, Apple says

you can download the High Sierra installer from the Mac App Store. But I’m not sure what your options are right now - can you restart into Recovery and then get into the Mac App Store? (Like I said I don’t have direct experience with this.)

As to what happened, perhaps for whatever reason your system does not have have the appropriate macOS files in your Recovery partition to permit reinstall. If that’s the case, as a last resort you can easily create a bootable installer on a USB Flash drive (16Gb+ recommended); if you have another Mac to work that is running Mavericks or later, the macOS installer package enables a Terminal command ‘createinstallmedia’ to easily create a bootable installer.

It might be worth trying to restart the iMac with command+option+R held down. This will install the most up to date version of OSX/MacOS that is supported on your machine. It goes online to Apple’s servers and downloads the files it needs. Hopefully this will allow it to get the files that are missing.

FWIW - I ran into this with my 2007 iMac which I, coincidentally, was trying to reinstall El Capitan on around the same time you were.

It could be just a temporary issue.

I ended up using a USB installer that I had.

I ended up downloading an installer from a torrent site, put that on a USB stick an upgrade to the latest possible version form there. A real pita. I mean, sometimes one really needs to do a fresh install of an older OS. Apple should make that more easy.

On this, we completely agree.

And Apple has gone out of their way to obscure them.

For those who haven’t had to deal with this, here’s what you’re missing:

These are intentional decisions to use extraordinary methods by Apple to make things way more difficult than they need to be.

And now, apparently, even the built-in recovery partition isn’t working for El Capitan.

On this, we completely agree.

Especially the fact that what I could download from Apple turned out to be not the actual installer was driving me crazy. (added this to get past the 20 character limit)

Forgot to mention that the “best” way to deal with this that I’ve found is to use VMWare or Parallels. The .pkg installer seems to recognize that it is operating inside a VM and will therefore work, even if the OS is greater than the pkg “should” allow.

So I made a VM, downloaded all the various installers to it, installed them, and then made .tar archives of them (bundles the files together but no compression, since it doesn’t really compress enough to matter, and takes a long time). I guess I could have used DMGs, too.

Once I had that, I moved all of the .tar files to my network storage.

AFAIK, this install issue can be avoided by setting the date back in time. See for example this video: 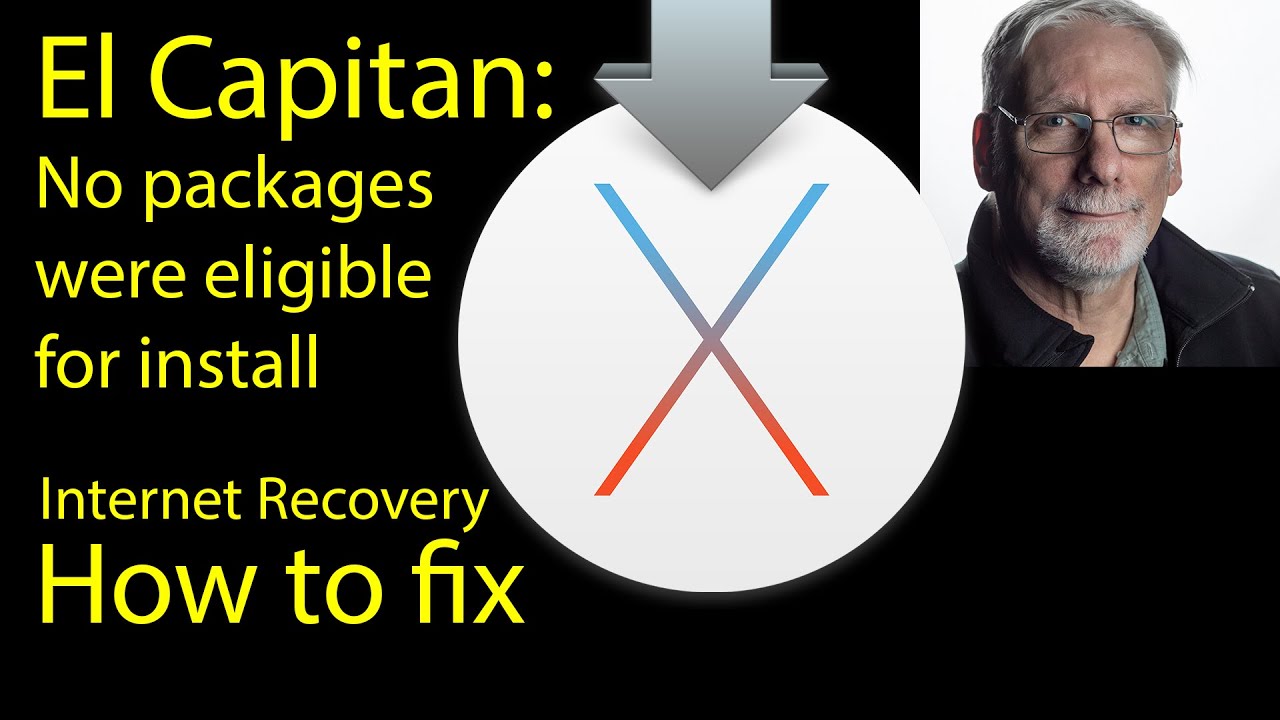 Fixes the “install failed” and “No packages were eligible for install” error while installing macOS El Capitan with Internet Recovery by setting the date back to the year 2014 with a quick Terminal command.