I was never tempted to get an Apple TV, until now.
I’ve just bought an app to mirror my iPhone display to an Amazon Firestick, in order to look at some vacation pictures with the family.
I have all of our pictures neatly saved in separate albums, for the sake of organization.

The app I bought would not only not let me select an album, it displays the pictures in scrambled order. It also took nearly 30 minutes to get it working.

I then tried an app for Mac OS, it was better, but still less than ideal.

Will Apple TV either Mirror the screen of a MacBook and iOS device with, or allow me to stream pictures and movies to a TV’s HDMI port?

Can I view pictures Album by Album, and/or just manually select specific pictures to view?

Do I need to upload the pictures to iCloud to view them via Apple TV, or can I stream pictures and videos from both the Mac and iOS devices, directly to Apple TV?

If so, I will get refunds for both of those apps and promptly buy an Apple TV.

Viewing pictures wirelessly (and without uploading to a cloud service) really should be just a few clicks away.

Thanks for any advice.

You can (at least) display photos via AirPlay, and also (if necessary) mirror the iOS/macOS display via AirPlay.

You can use Home Shaing in iTunes to share albums from your Mac, then display them on the Apple TV. Slide shows, background music, etc. 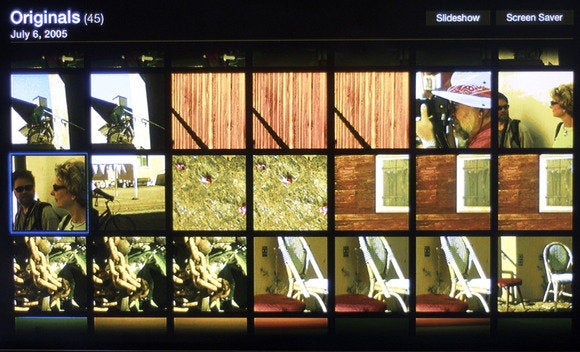 How to view your iPhoto images on an Apple TV

You've fired up your Apple TV and see an entry only for Photo Stream. How do you view the images in your iPhoto library? Chris Breen explains.

AirPlay to AppleTV is great for photos either from albums, or displaying slideshows, which you can make in Photos on the Mac or iPhone / iPad in a few seconds. But it is good for much more. Music streaming of course. Mirroring the Mac on the fly when I want to talk about something on a web site or document with my wife. Or even when I need an extra monitor.