With the deprecation (demise) of MacOS Server, I am working through the process of how to maintain a VON server on my Mac Mini.

I suppose I can eventually figure our how to accomplish this via the command line, but I’m wondering if anyone has any ideas or suggestions, whether a tutorial on doing this via Terminal or a third party product.

I would consider myself reasonably proficient at Unix/Linux administration; before moving over to Mac perhaps 10 years ago, I was a Linux user and also built and maintained Linux servers for my office.

I am not looking at a router with built-in VPN solution because I have decided to move over to eero for my home LAN networking, and they don’t support a VPN endpoint (at least not yet - I can always hope).

And yes, I am looking to set up a server for incoming VPN connections. I should have been clearer on that.

While I don’t necessarily mind building something like a Pi for this functionality, it would be more convenient to just add this on to the existing Mac Mini which already functions as my file server and is always on.

I realize that MacOS has bundled, at least in the past, the VPN server components. Now that the Server app will no longer configure those components (a decision by Apple I still don’t understand), I am open to configuring them by hand, but would like to find a guide to doing so. Something similar to the guides that are so prevalent for Linux administrators installing new/unfamiliar packages.

Any thoughts on where to find such a good? 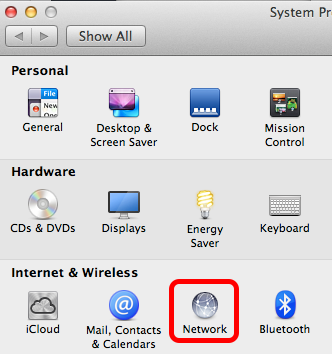 These instructions may seem arcane and complex but they’re really easy if you just follow along step by step. Donald Burr of Otaku No Podcast (otakunopodcast.com) created all of these instructions in text form, Allison just created the ScreenSteps...

Have you looked at a vpn to your routerand going from there to the mac?

Thank you both for the references. I will have a look at them.

Thanks for the further information. I understand your suggestions, but at this point I am not really looking for a router-based solution. I too have a Mac mini obtained at a worthwhile cost (bought it on special for $299 on Black Friday 2017) and it is underutilized as my home file server with a couple of Drobos hanging off it. It seems logical for me to add VPN server to its responsibilities.

I also heard your thoughts on the eero. I already own a set of them, also got a deal with a discount and a trade in, so I decided to go with it. I actually did try the Orbi but found it to be quite buggy and wound up selling it. I am not really thinking of investing in another choice at this point, although had I known of the Unifi at the time I might well have opted for that instead. I do like a router than I can ssh into and tweak, and of course the eero is an entirely closed system.

In any case, I agree with all the you have said, but my goal right now is to find a solution that utilizes the Mini for the VPN server and I will give the eeros a whirl. If I wind up dissatisfied, I may well look into the Unifi.

Here’s something I dug out of my archives. Haven’t really worked with it, but might fit the bill:

This looks like a good alternative to the formerly useful Server.app, but I’d be concerned that after Mojave the VPN server software will be removed (like the web server and ftp server software) and it would be back to square one.