Sorry if this is OT, but I have a weird physical issue with a hard disk and I wonder if anyone has seen it before: 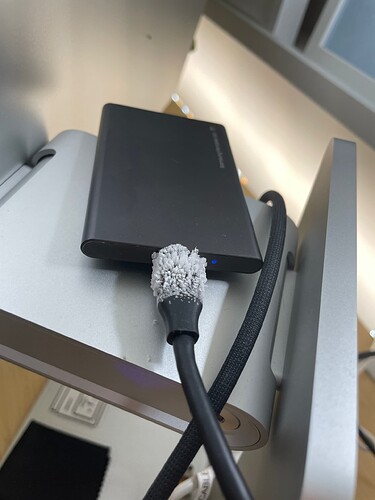 Should I be worried about this???

The disk is a few years old and is currently stuck with blutack to the stand of my Apple Studio Display.

Because reasons I’m just starting a fresh time machine and after that I’ll run a disk util check on it, but any advice on what this stuff is, or even just how to google further on it would be hugely appreciated!

Wow. No help, here, sorry – I have never seen that before.

That’s a Samsung, right? If so, it’s probably their dynamic thermal material leaking. Yours is the neatest-looking leak I’ve ever seen.

Here are a couple of photos of more boring-looking leaks from the Internet: 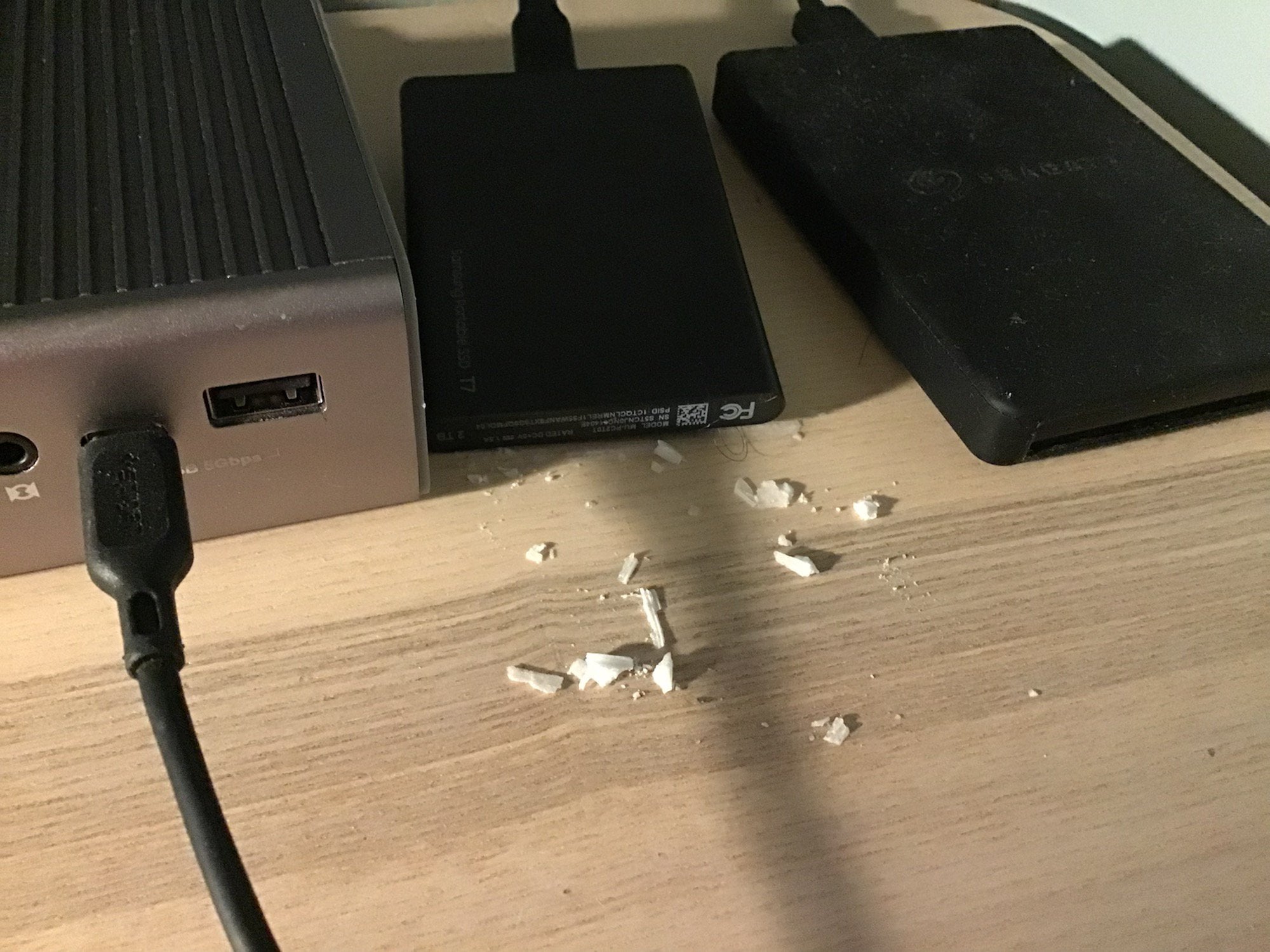 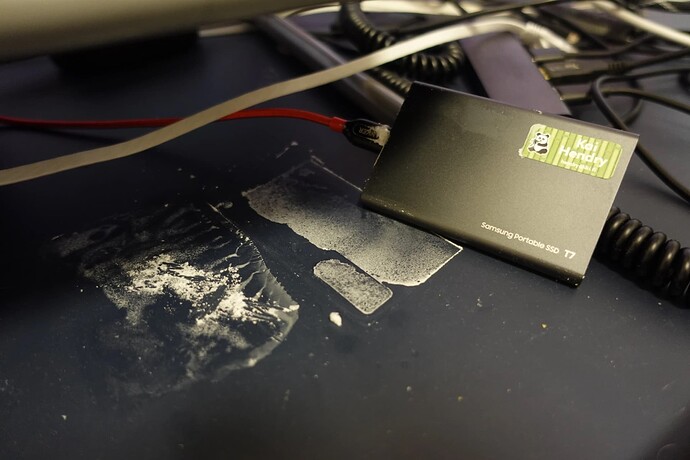 My guess is that it’s urea. It’s a small molecule used in making some polymers (plastic, in this case). Breakdown of the plastic, possibly caused by heating over time (or possibly electrical charge) — and obviously a problem in manufacturing — created urea, which crystallized on the surface over time.

I’ve never seen such beautiful crystals on a computer cable, but I do remember when Apple first switched to more environmentally-friendly plastics for some of its cables, and they turned gritty and sticky over time, releasing a whitish substance. It was really gross.

Maybe there’s a polymer chemist on these boards that can give us an opinion?

Thanks everyone! I think the next steps are:

But first I’ll try and get some better photos

I’d probably just replace that cable and clean things up.

As soon as I moved the drive all the crystals fell away and it looked like powder. When you google for thermal material leaking as @cornchip suggested you see people describing it as powder so that makes sense.

Anyway, even though time machine reports no issues Disk Utility is not happy, so I think I’ll have to get a new drive 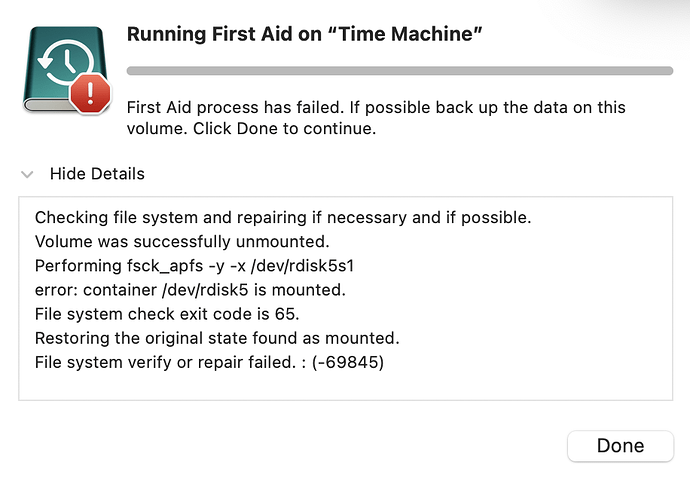 Thanks for your help everyone.

I think it also goes to show the value of running disk util on your backup drives because if I hadn’t seen the powder I wouldn’t have known there was an issue (and to be fair it might not even be related).

I wonder, is it only with the Samsung T7, or also with the T5? I have several T5’s, but no problems sofar. Mine are for backup and not always connected, so maybe that’s the difference.

Mine is for backup too, although it is always connected, although often not mounted. I never checked the drive, but both the dongles I’ve tried to get Ethernet get very hot.

Personally I think the lack of Ethernet on the studio display is worse than the underpowered camera.