What are you using for task management in 2022?

I have to say that I’m tempted to switch to Reminders.

I switched to Reminders because it is nicely integrated with NotePlan. But after using it awhile, I have moved all my reminders back into the Due app.

Due is simpler and yet more flexible in setting up reminders. And Due is more persistent than Reminders.

I can’t always jump on a task when its reminder fires off. Due lets me easily push an alert into the future by a little or a lot. And Due never loses a task. Reminder alerts would fire once or twice and then seem to fade away.

And I like the linear ordered way that my tasks are displayed in the Due app.

I’ve never had alerts fade away in Reminders. But, I severely limit alerts (for all apps). I do a weekly and daily review so alerts are not essential in most cases (my calendar being the exception).

We probably use task management apps differently. I use it for project management, not just a list of todos. I have a lot of projects with tasks and subtasks and make extensive use of tags.

Without a doubt! Just the fact that Reminders is adding desired features that remind you of OmniFocus puts us in different camps!

I’ve been using Due for years now alongside Things. I put the tasks I have to do at a certain time and want to be nagged until I do it.

I have moved all my reminders back into the Due app.

I also use both Reminders and Due app. I specifically use Due ONLY when I want to be deliberately annoyed over and over until I actually DO the thing.

For all others, I use Reminders

I commented earlier that I use Todoist, but I have a few thoughts to add that I’ve since thought of.

I know Reminders does “natural language processing” to some extent, but when I’m on the move and trying to enter something, it never works how I’d expect. I’ll say “Take kids to play date August 12th” and then I’d see “August 12th” was highlighted so I tap it and then it disappears……or it adds “August 12th” to the title of my task and I’m never quite sure what it did in the end. I know some of this is me just not being familiar with the app, but getting tasks in (in the instances where yelling HEY SIRI isn’t possible) still lags.

Finally, when I get Reminders populated with a number of things and multiple lists, I get lost and lose my place. It just seems to involve too much keyboard input, too much clicking, and I’m never sure that I’m on top of things.

In Todoist, I know how to enter things quickly, and I feel like it’s easier (for me, at least) to see in all those hiding places tasks like to go so they get missed.

If that makes any sense.

Apps have a “feel”. Todoist is second nature for me and it’s fast. It feels like we are one. Reminders is super powerful and I’d love to use it for more than just a few odd tasks, but there’s just too much friction at the moment.

I know Reminders does “natural language processing” to some extent, but when I’m on the move and trying to enter something, it never works how I’d expect.

Todoist is about the only app that does this well IMO. All the other apps aren’t consistent throughout the experience.

I think the breakdown you’re having though in Reminders is that you have to select the parsed date in the quick action bar above the keyboard (iOS). If you select the text it doesn’t activate it, I think it deactivates it at that point.

Because technically it isn’t a pop-up (surprise!). From the browsers perspective the “pop-up blocking” checkbox deploys a -pretty trivial- mechanism that prevents web page to create new browser windows, which these days usually means a new tab.

To the user this can be confusing, because through some CSS overlaying trickery a website can display something that looks like a pop-up Window but is really not a browser window. To the browser is just “the website displaying stuff”.

But what about 1Blocker? These tools can block that stuff by analyzing the content of the page, but their built-in rules are usually targeting about industry standard 3rd party ads and other annoyances but the website operators constantly try to come up with techniques to this. In this case I see the pop-up is from Lifehacker itself, so I’d say this is legitimate but annoying, so someone could conceivably create a custom filtering rule for that specific “pop-up”.

involve too much keyboard input, too much clicking

I agree, far too many clicks to do what needs to be done. Apple needs to streamline the input process and/or significantly improve natural language processing.

Speaking of which, how are websites able to bypass 1Blocker?

Safari restricts content blocking extensions so they can’t directly read and adjust what you’re browsing. Instead, they have to provide content blocking rules to Safari and Safari applies them. Safari’s content blocking API for this doesn’t allow enough control to keep up with ads and trackers designed to get around content blockers. On other browsers, extensions have direct access to your browsing so can block ads very effectively. This obviously requires some trust. We hope for the Safari team to figure out how to offer a more flexible and adaptive content blocking API, but in the meantime, we have to make that privacy vs. effectiveness tradeoff in the ad department.

Thanks @pantulis and @cornchip for the helpful information. I guess I’m doing as much as can be reasonably done to block annoying pop-ups.

I wish we developers/ site owners would realize that pop-ups frustrate people, and speaking for myself (and I suspect I’m not alone,) make me far less likely to purchase, support or subscribe. I don’t mind well placed ads on a page—but I immensely dislike pop-ups.

I don’t mind well placed ads on a page—but I immensely dislike pop-ups.

You could also install Hush which takes care of a lot of “cookie consent” popups, which sadly are mandatory in the EU. 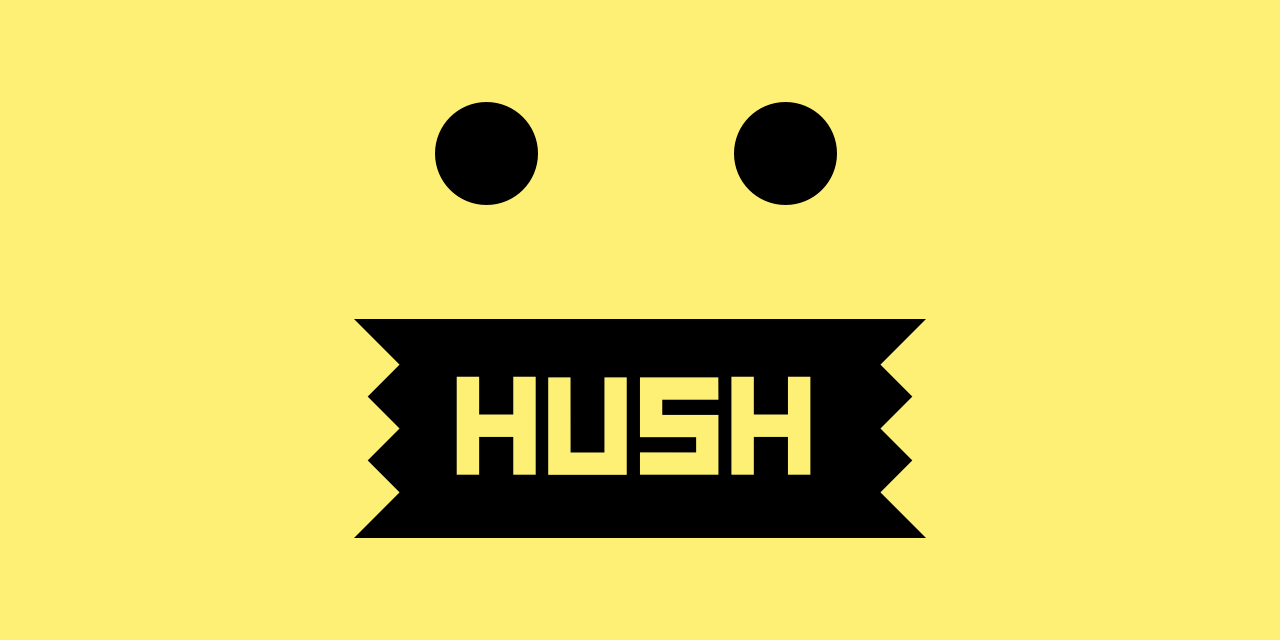 Block nags to accept cookies and privacy  invasive tracking in Safari on Mac, iPhone and iPad.

I do front-end work and design work for a living and have always pushed back against this behaviour, but virtually every client wants it and it’s difficult to persuade them otherwise. You’ll note that the front-end developers never put this stuff on their portfolios. We all agree with you: it’s dumb. But stupidity pays the bills.

Back to the topic at hand: the one thing I like about Todoist is the gamification of it. I am a huge sucker for that, and they do it well. I wish others would lift that from them.

the one thing I like about Todoist is the gamification of it.

That and great 2-way calendar sync. TickTick could take a page on that.

But stupidity pays the bills.

This I am going to use! (and I have a few ideas where!)

Thanks, I’ll give it a look.

Back to the topic at hand: the one thing I like about Todoist is the gamification of it. I am a huge sucker for that, and they do it well. I wish others would lift that from them.

…and I’m on the opposite spectrum. It’s fun to gamify my productivity but I might just create a whole bunch of easy tasks on the fly and mark it as complete to boost up my karma score. It’s how I gamed the system. In the end, I got a bunch of tasks done but I didn’t get the important stuff done. I’d rather go for doing the right tasks instead of doing a whole bunch of easy-to-knock-off tasks. I learned this the hard way when I was desperately trying to level up in Habitica.

Anyone else just changing task management apps every few months, and here looking for inspiration on the next inevitable jump?

Lol me. Although I have now gone “all in” with NotePlan for work. I do love it so!

This year I’ve tried Todoist (my main one), Reminders, Amazing Marvin (twice), Things 3, OF (for 2 days

) and NotePlan (and I looked at Agenda but decided it wouldn’t suit me). I really like having notes with my tasks, and none of the other apps could give me that. I started building my own system in Obsidian but was a bit nervous about it. Plus I love how NotePlan arranges the daily note and calendar.

Also, my main problem was Todoist being the place where tasks go to die, but because you can’t just keep a giant running list on NotePlan, it prevents work building up. I’m still not being realistic about what I can achieve in a day though

I’ve kept my house stuff on Todoist because I like how Todoist handles recurring tasks (including the postpone function), and Reminders has been relegated back to the running list I kept it for before (items in the post, diy projects to do, random tasks for hobbies, etc.).

I do put a couple of personal tasks in NotePlan if they are day-sensitive, just so I don’t miss them. I’ve set up a keyboard shortcut for this purple dot

and I use it to indicate any personal tasks. NotePlan let’s you filter tasks, so I have a filter for

to find personal things that are mixed in my work notes.

Wow, you’ve tried them all.

I’ve done similar and found different friction with each. I’m a paying subscriber on all (except things which is not subscription thankfully) - but I just cycle through.

Todoist - Task entry in the upcoming is so clunky now, it auto opens a new task and the fact you can’t re-arrange tasks in today view is killed.

Things - Fantastic and smooth, but annoying that upcoming can’t include today. Also my work computer is Windows, so just enough friction in planning to keep opening phone.

Omnifocus - I’m most disappointed I couldn’t get this to work. When set up and a big weekly review is done it can’t be beaten. But for quick day and week planning and adding tasks it feels like I’m opening an excel sheet - the friction compared to Things is noticable.

Microsoft - garbage, but I wanted it to work.

Reminders - Things cousin who has a little more function and is a little less smooth. Found it more like Todoist with Siri capability.

Tried Sunsama, which was actually quite good but insanely expensive for a time blocking task list that still wasn’t a silver bullet.

Obsidian - I went all in for about 4 months and it just became like Notion. More work to keep it all spinning and setup scaffolding to support the system than any benefit. The definition of diminishing returns, but was a fun hobby more than anything.

Insanely I even looked at the recent Evernote Tasks - which is like Todoist 8 years ago. Clunky, with a few good ideas (all your tasks are consolidated across notes etc.). But it’s that bit difficult for actual planning.

In the end, I circle between Things, Omnifocus, and Todoist, hoping one day one of them get rid of the friction points, but knowing theres no silver bullet. I’ll keep scrolling these forums waiting for the next shiny task manager to remind me that the best task manager is the one that actually gets used.