What Do You Use Your Mac Mini For?

I used to have a Mac mini back in the day, but once I got a MBP it kind of went by the wayside and I have never used one since

I have a Synology that I used for my NAS,time machine etc.

I am really intrigued by the new Mac minis(probably because they look cool and I am a sucker for new Mac hardware!)

What do you guys use your minis for? I have a 2016 MBP as my main computer, so if I were to get one it would be to run headless most of the time. But I cannot tell if it will be much different to my NAS in terms of what it can do…

Right now, I run my Mac mini as a desktop machine at work. It does all the usual desktoppy stuff (web browsing, email, text editing, spreadsheets, task management, etc.).

I used to run it as a headless home server, which sounds closer to what you’re thinking of. It was responsible for backing up my NAS, running Hazel rules, storing backup copies of my Photos library. More recently those roles have gotten taken over by an always-on iMac.

It is my main computer. I record and edit screencasts in Screenflow, I used to do podcasts in GarageBand, web browsing, email, photo editing in Luminar and Affinity.

Home server and remote in from iPad Pro if there is something I can’t do with it.

Very very rarely use it as a system as such.

My main work computer is a mac mini (2014 i7 16GB) with a thunderbolt 27" display & a generic 1080 second display. Works well for my workflows - I only occasionally really push it much with some video processing, but I just set it to process while I’m not going to use the computer. At home I’ve got an older one (2011, but with newer SSD and upgraded ram) that is our plex server / backup everything machine. Everything syncs to that, and i run backblaze and superduper from there to serve as the one backup point.

I too want to buy the new ones, but can’t really justify as both of mine are working well for how I use them.

I currently use my 16Gb RAM quad-core 2012 i7 mini as a paperweight, lol. From 2014-2017 it was the main house machine until I got my Retina iMac in the Spring of 2017, and I kept the monitor connected to it with the idea that I’d use it to watch movies and maybe as a home server. Nope. Never did any of that. It’s just sitting on a table, and I’ve tried justifying its continued presence as being a backup machine in the even the iMac conks out. But I’m slowly deciding that I don’t really need it, and I’ll probably have it up on ebay by next year.

When I used it I loved it, even with its slow 5400rpm internal 1Tb drive. (I connected an external SSD and made that my boot drive, which gave it new life.)

I loved that RAM was a 2-minute user-installable procedure (quite different from the new 2018 models) and I got it at a time when I refused to consider an iMac because they had horribly annoying reflective screens; my Dell monitor was blessedly anti-glare.

These days I’m happy with the 27" iMac, which has that easy-to-install RAM drawer, and is dead silent even when transcoding. (I went for the i5 instead of the i7 because the latter tends to start up the fan quite a bit when the processor is stressed.)

I updated my 2011 (maybe 2010?) Mini from Snow Leopard earlier this year and it’s still running my Plex and managing a few other always-on activities.

I have two MacMinis, one at home and one colocated with MacStadium for the past 2 years.

I’m sure there’s more - they are great machines and those 2012 i7s are still going very well.

EDIT: I forgot I also have a 2010 Core 2 Duo model which is not currently being used. I’m considering putting it at my parents’ house with an external drive and using it for off-site but easily accessible backup.

I have been considering getting a mini to be dedicated to my weather station so I could keep it running 24/7. I really have no other use for one at the moment. I have two homes and I am away from the one with the weather station sometimes for weeks at a time.

The mew pricing structure has me wishing I’d picked up one of the old one before they disappeared. Does anyone know if they can be picked up for a song anywhere?

One of the 2012 minis, the only quad core one I’ve got, is the home server. Its got 8GB of RAM, used to run a Windows VM for Quicken but I use Quicken for Mac now, so the system loafs along. Services:

I’m running scared with this one since I basically can’t go beyond Sierra because of the totally neutered Server.app. This also means the computer cannot be replaced with any mini beyond a 2014 model. 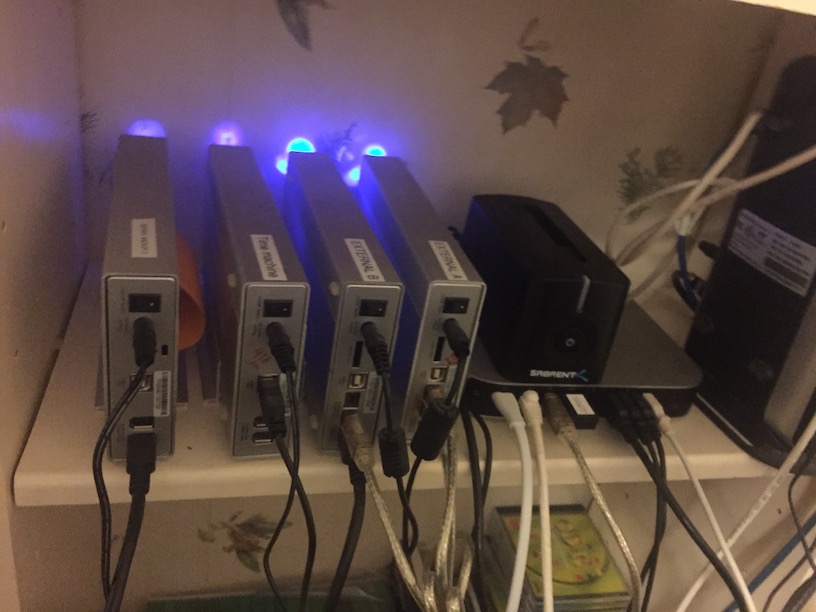 IMG_0584.JPG816×612 97.8 KB
The other two minis in use are as “entertainment centers”, one connected to our sole TV set and the second in our living room where it pumps music through an amp and decent speakers. These were both base models (one a 2010 and the other a 2012). So a replacement would be more costly without any real benefit.

The fourth mini, which is now in the closet, I used as a stealth Mac at work prior to my retirement. See if you can find it! While a 2010, I had replaced the spinner with an SSD. It would actually outperform the HP workstation for compiling programs. 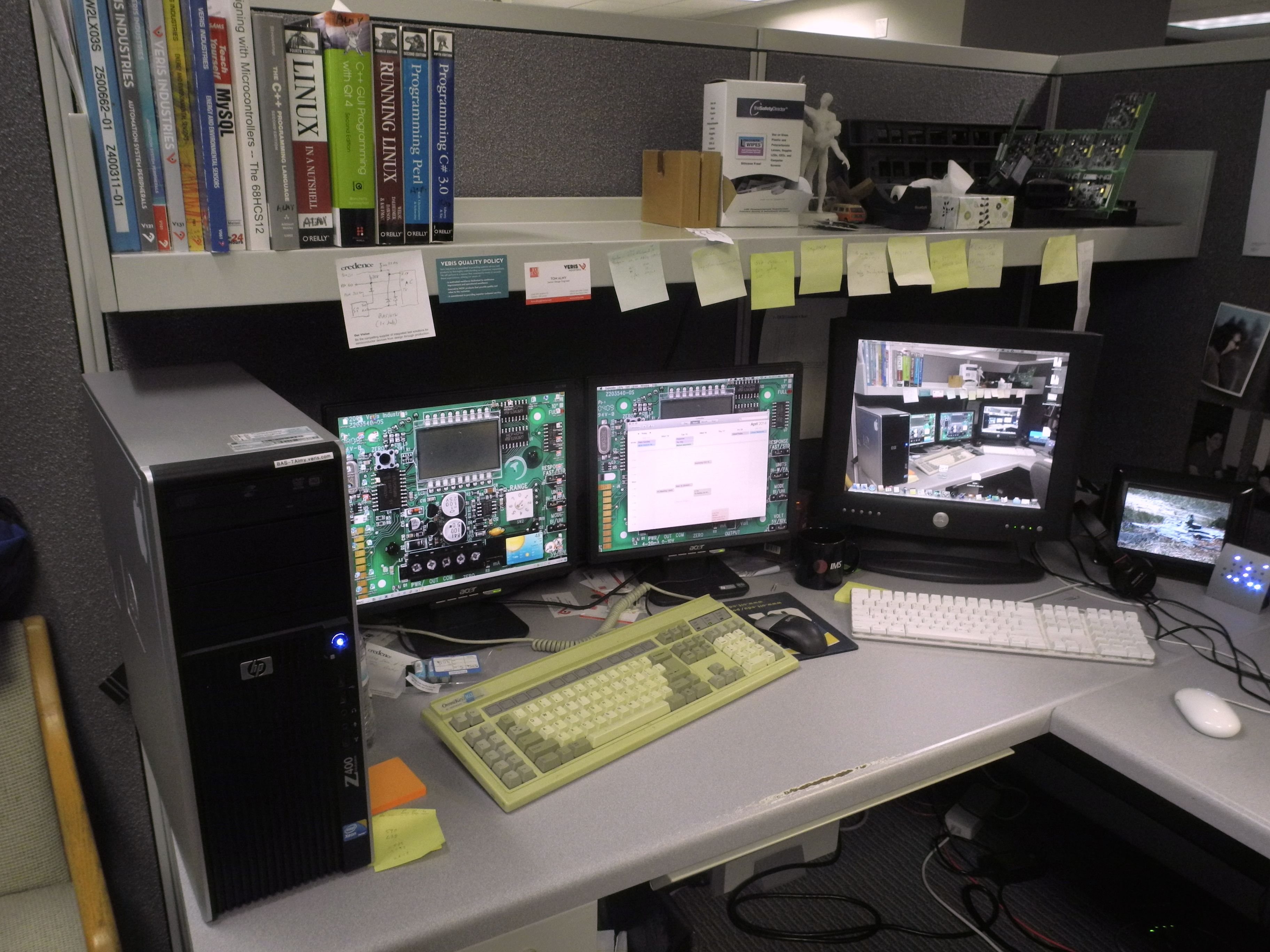 File server. It’s the only always-on Mac on my network, so it takes all the files I send it and runs Hazel to sort and file everything where I can get at it. Hazel is such essential software. If there were anything that could do the same on my NAS, I probably wouldn’t need the mini anymore.

My mid-2011 Mac mini running Mountain Lion and Pro Tools Express is the heart of the digital audio workstation I use for voiceover recording. 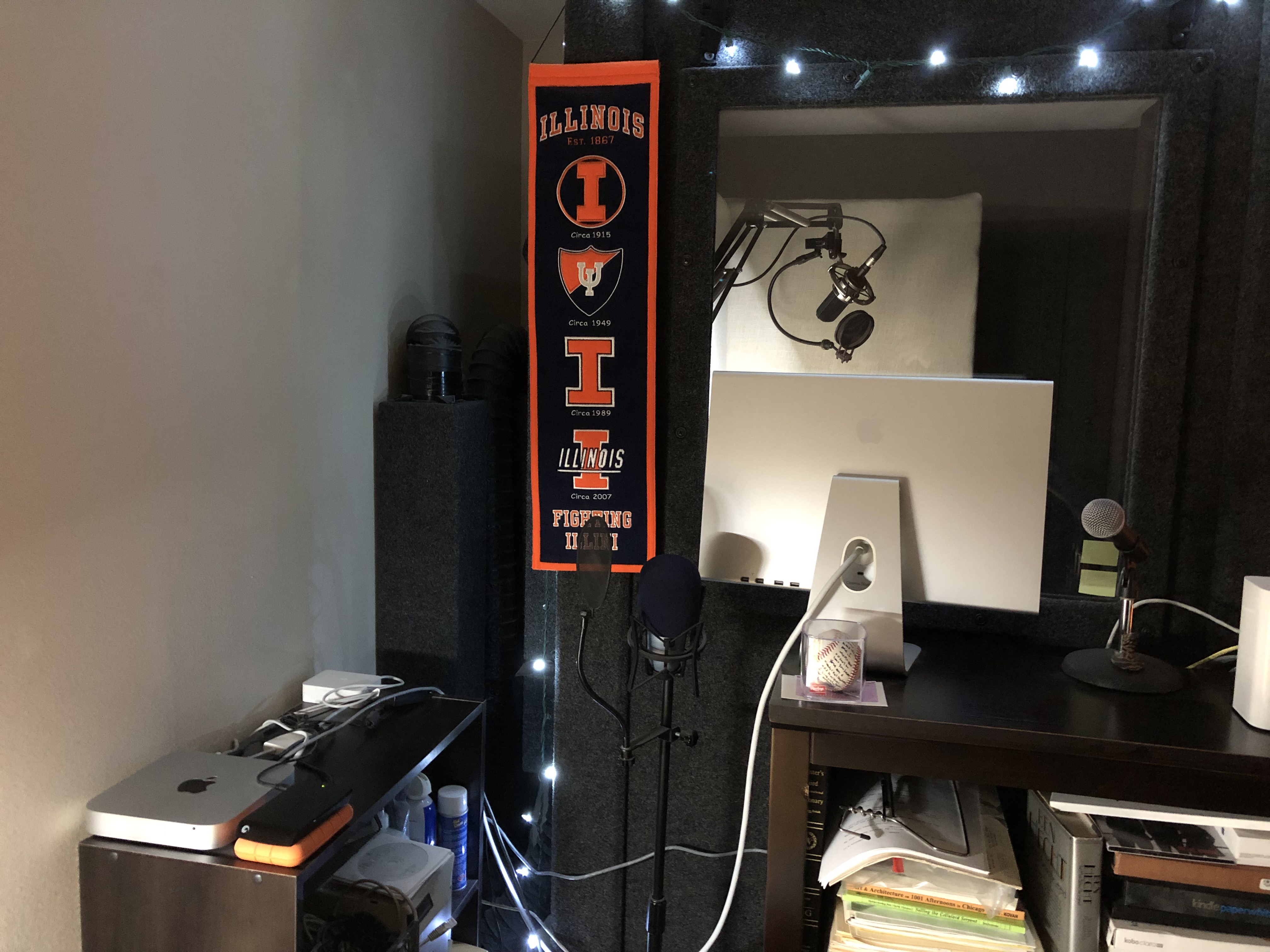