Why the gadarene rush to USB-C?

Everyone these days seems to be cheering-on the spread of USB-3 as a universal power and date connector, and especially as a replacement for Lightning and MagSafe connectors. I can understand the convenience of a standard connector, but I would like, if only for the sake of perspective, to put a contrary view!

MagSafe: is a great way of powering a laptop, not only because it protects cable and laptop from physical damage, but it has clear safety benefits: getting your feet entangled with a cable can have very different results according to whether the cable has a MagSafe connector or something more “physical” on the end! I used to run an 11" MacBook Air; I now run a 12" MacBook - the one with MagSafe, and the other without - and I know which I prefer! You know where you are with MagSafe: so long as the connector looks connected then it IS connected!

Lightning: as an incredibly compact connector (making it ideal for applications like mobile phones); it always connects with a positive “click”, and will never accidentally disconnect. For those who appreciate the tactile aspects of connectors and connections, Lightning is second only to MagSafe.

USB-3: Is nicely compact, though larger than Lightning, but (apart from the first few insertions from new) lacks the “click”. Indeed, even new connectors are not immune to slipping out whilst in use: I have lost count of the number of times my MacBook has shut-down because the USB-3 connector that I thought was powering it had slipped out the millimetre or so that will let it lose connection yet still look connected! And, having only the one connector on my MacBook, matters are even worse when I am obliged to use a dongle to connect to combinations of HDMI, USB, wired LAN etc and power.

Of course, a standard connector would be a convenience, but why does “standard” always have to mean “cheapest possible”? For the benefits of MagSafe or Lightning I’d willingly put up with having to carry an extra cable, or an adaptor - but if I must use USB-3, couldn’t they at least have made it with a reliable “click”?

There are several solutions available for breakaway connectors for USB-C, here are a couple. I think the first is power only. Not sure about the second. 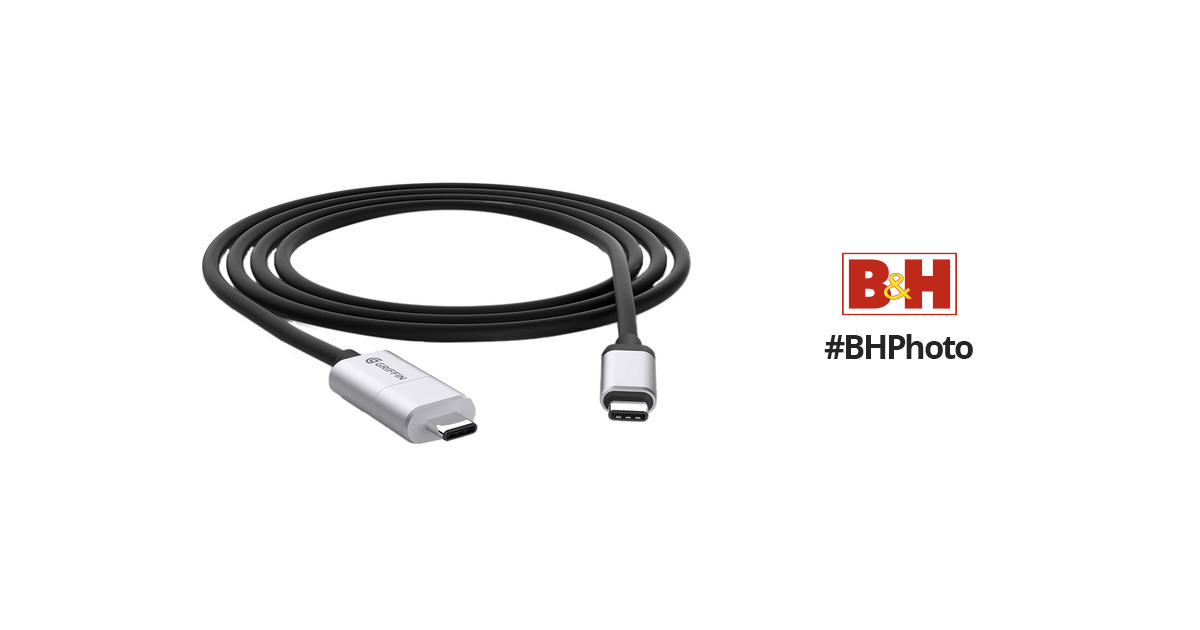 The $25 accessory every MacBook (or USB-C laptop, tablet, or smartphone)...

This cheap accessory could save you hundreds, maybe even thousands, of dollars in repairs if you happen to have a clumsy moment.

And this one for Thunderbolt (not sure about usb-c support). 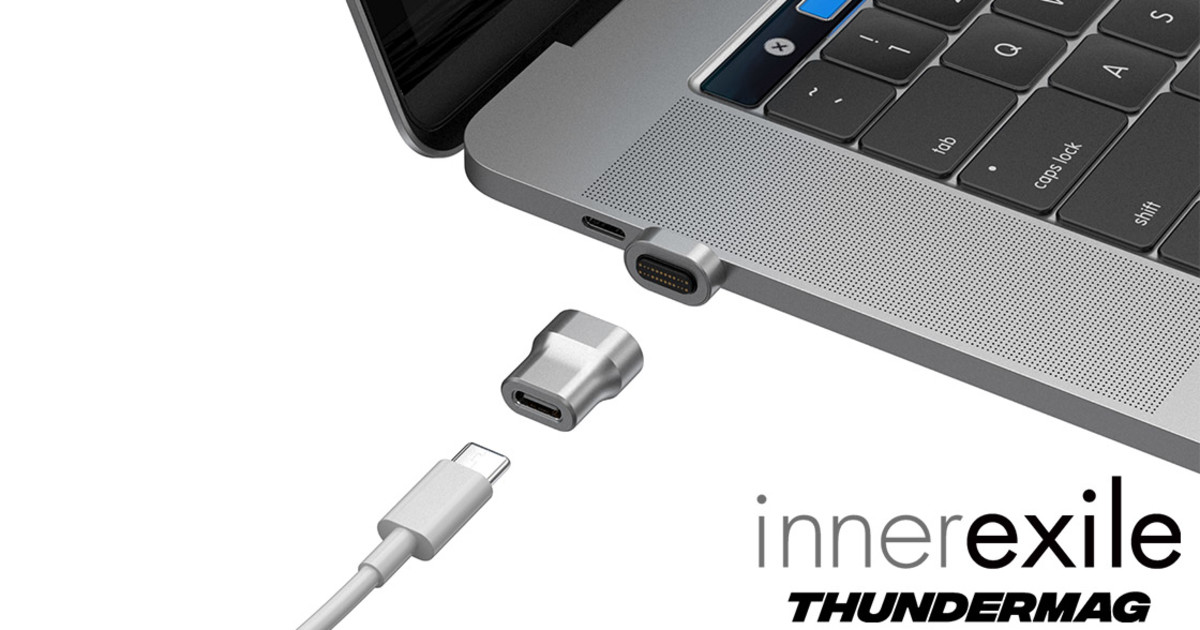 Also, thanks for teaching game a new word!

Thanks. Yes, there are various similar, and I’ve tried a several, but none of them proved to to be satisfactory, and certainly nowhere near the standard of the original!

I’m not sure that the design problem is readily soluble. In order to provide adequate, but not too much, resistance to a sideways pull, a pretty powerful magnet is needed. Apple could do this with MagSafe because of the size of the connector, but with the USB-3-sized insert, it is going to be difficult to get the kind of characteristics needed. And were the magnets powerful enough sufficiently to resist sideways pulls, then a straight pull would be more likely to pull out the insert (USB-3 offers little resistance to a direct pull!) than to separate the two halves of the connector.

Even aside from the annoyance of having this separate tiny insert, I am less than convinced that it is possible to make an after-market adaptation of USB-3 that could provide anything remotely approaching MagSafe levels of performance.

Demonic sheep leaping over a cliff? Perhaps USB-3 proponents are not quite that bad.

I liked MagSafe on the MacBooks that had it, and have been extra careful with USB-3 cables, but in nether case did I ever (knock wood) have a wayward foot drag the device off its table.

MagSafe: is a great way of powering a laptop, not only because it protects cable and laptop from physical damage, but it has clear safety benefits…

I definitely preferred the old MagSafe design as well, although USB-C’s ability to charge from any port is a semi-plus.

I have sometimes wondered why they abandoned it. Standardization is one idea, but maybe safety? I’m thinking of my own experience with older MagSafes, where the connection essentially burned out. I was using one of those adapters from MagSafe 1 to 2, and it got hot enough to melt the contacts. Caused by a stray piece of lint?

Anyway with the increasing amount of laptop power requirements, I wonder if the watts needed throught that connection outstripped how safe the connection could be. But just speculation on my part.

older MagSafes, where the connection essentially burned out. I was using one of those adapters from MagSafe 1 to 2, and it got hot enough to melt the contacts

I too have this issue. My 2012 MBPr emits a hissing sound if the connector is slightly off and gets very hot. I suspect this issue would be even more pronounced with the higher power requirements of newer models. I like the functionality of MagSafe, but I’m sure there are limits to what it can do.

My biggest issue is the USB-C “standard” is that it’s anything but standard, with so many variants for power/data and almost no way to distinguish one cable from another (not to mention thunderbolt).

not immune to slipping out

I do wish there was some sort of optional locking feature with USB-C/Thunderbolt like the old days of the 30-pin connector or ethernet.

Agreed. Overall, I find the benefits of USBC outweigh the drawbacks and I’m slowly trying to switch everything over. I just hope the ecosystem stabilizes so I don’t have to constantly think about whether a cable/port has particular power/data specs.

I slightly miss MagSafe because I have had two incidents where my laptop got yanked by someone hitting the cord. Thankfully non fatal. But being able to charge in either side of the laptop is nice, and I haven’t minded enough to get a magnetic separator. I also don’t miss the way MagSafe connections would become less solid over time. Apple’s USB-C ports are rated for a higher number of inserts. I’ve had the same experience of better battery life reducing the need to charge in awkward situations.

I wouldn’t mind five or six USB-C ports on the MBP. I understand the four Thunderbolt 3 ports are a hardware limitation, so they’d just be for additional slots for small items like a Logitech receiver or lightning cable. I always have all four ports filled at home and have occasional use for a fifth. Adapters are a solution though.

I’d really like at least two USB-C ports on the iPad Pro as that port becomes more useful.

Thanks for wireless charging I connect my phone just a few times a year, so I no longer have a preference there.

For what it’s worth, high end sports cars have a mag-safe style connector to keep their battery topped off. I seem to recall Apple might have had to pay royalties on the patents, but don’t know for certain. I was gobsmacked when Apple dropped MagSafe. However I have never looked back from USB-C (please fix the title of this thread!). I really benefit every day as I connect just the one cable to dock my Dell monitor which also adds keyboard, webcam and 2 more USB-A ports along with 90 watts of charging. I have also been able to use my Anker multi port charger to trickle charge my MacBook Pro over night on a couple of trips where I had accidentally left my charger at home. None of these niceties were possible in the MagSafe era. In 12 years I have also managed to avoid leaving my laptop charging in a location where the cable would be yanked. Being conscious of any opportunity to run it from battery as much as possible has this side benefit!

Add me to the list of those that miss the MagSafe. I’m quite certain Apple went to USB3 to reduce real estate use over MagSafe. Or was it because they were a major player in its design and standardization?

The MagSafe had its issues, too. I replaced the charger on more than once due to the cord fraying. That said, I have lost my MacBook Adorable to the floor on more than one occasion due to my dog getting tangled in the cable under my desk.

Never have I had a USB3 connector come loose. Is that a thing? Maybe my MacBook would have stayed on my desk a few more times…

Edit: not sure why the one-box thing doesn’t work sometimes, so here’s a pic (to save you a click - badoom boom). Connectors are A and B and micro/mini variants thereof, and now C. USB-C is used for USB and Thunderbolt 3 peripherals.

That said, having USB-C on my MBP and iPad Pro makes me wish my iPhone shared the same port. Lightning does not support the higher data speeds or PD that USB-C does.

MagSafe was cool, but there’s not nearly as much need for it with battery life being so much better than it used to be. It’s far rarer to have to run power across a walkway or whatever. The fact we can have Thunderbolt 3 or USB-C hubs at our desks that do everything including USB, DisplayPort/HDMI, ethernet, audio, AND deliver 80W of power over one cable means I have one cable at my desk to plug in and that’s it. It’s a win. When away you have a cable independent from the brick itself (finally) and can get a breakaway magnetic connector if you need it so badly. I’m all in on USB-C and Thunderbolt 3.

The fact we can have Thunderbolt 3 or USB-C hubs at our desks that do everything including USB, DisplayPort/HDMI, ethernet, audio, AND deliver 80W of power over one cable means I have one cable at my desk to plug in and that’s it.

Also adding to this that USB-C batteries can now power laptops. Which is insanely cool - and provides an alternative (and more reliable, as far as availability) way to get power, as opposed to running a huge power cord across the floor to an outlet. A battery on the table next to one’s computer with a 1 foot USB-C cable can now do the same job.

I think that the USB C transition would be smoother for Apple if other ports were also included on their laptops. My work laptop is a Dell with all the USB C benefits mentioned in this thread plus traditional USB ports. When I bought a Mac Recently this influenced my decision and steered me away from a MacBook Air to a Mac mini so that I could have more ports. Portability was not a concern for me.

My brain definitely did a double-take when I read the OP (USB3), but then I figured I was just getting the numbering mixed up (again!). Haha.

They did the same thing with the floppy drive -> USB 1 shift on the original iMac. It worked out in the long run, but they also sold a LOT of external floppies.
Also, if you don’t need portability, you should never have looked at the Air - that’s its main benefit. That’s like comparing a SUV to a refrigerated truck for the school run - you’re comparing the wrong things…

You could’ve just gotten a hub for your desk instead of buying an entirely new Mac.

@Shruggie I was comparing computers for affordability and capability. The mini and the air were the most affordable macs at the time. I could’ve lived with a laptop or a desktop as long as it fit my needs.

@fastasleep I didn’t have a Mac of my own. I didn’t buy a new computer to avoid buying a USB C hub.