Wireless headset but not Bluetooth?

I’m not sure if this animal exists, but I am looking for a wireless (hopefully noise-cancelling) headset to connect with a Windows laptop – but not with Bluetooth. One of my clients is doing more meetings with audio in Teams, and I’d rather participate with a wireless headset so I can walk around while talking. They lockdown their computers though to prevent Bluetooth connections for security reasons. I could use a solution that relies on a USB dongle or base station (non-Bluetooth).

Yes, I know this is a Windows request, but headsets are headsets so I figured the friendly (!) crew here might have some ideas.

I do a fair bit of video conferencing and I’ve settled on a couple of pairs of the Logitech H600 headset. It doesn’t do noise cancellation but it’s light, inexpensive, sounds good, and (most importantly) people can hear me.

I tried the (supposed to be better) H800 but the mic is terrible on those. The best that I’ve ever used was a Plantronics headset that doesn’t seem to be available anymore.

Since MS Teams is hosted by Microsoft, there is a possibility that you could access the meetings via the Teams app for iOS. This might also be restricted by policy, of course, but maybe something to investigate?

Working within the confines of a policy can be extremely limiting at times. I find it sad that we need to cripple our technology in the name of security.

(post withdrawn by author, will be automatically deleted in 24 hours unless flagged)

That looks like a good and reasonably priced option. Would work similar to the wireless mice connected to USB-A that the company already supports. Thanks!

So if the company doesn’t want wireless connections to their computers for security reasons. Why do you want to violate their rules and the security of the entire business?

It was said they lock down Bluetooth for security, not all wireless. I think we should assume the positive that this has been OKed by the people who are able to do so rather than presuming the worst

I believe the question is around wireless through dongles. The Logitech H600 works that way. 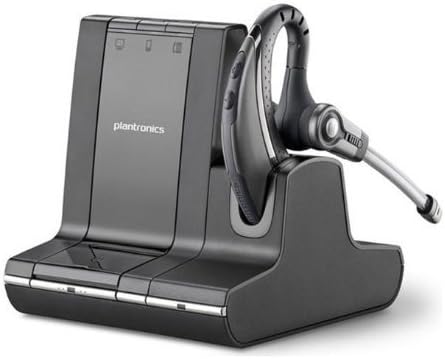 This suggestion is Bluetooth based, but might still be acceptable:

With AirFly you can create a bluetooth connection from your Apple AirPods, wireless headphones or earbuds to any wired headphone jack. Connect with in-flight entertainment, at the gym or gaming with Nintendo Switch. Just pair your wireless headphones...

Not sure the AirFly has a microphone, or would use a headset’s microphone (no idea).
Some other adapters have a builtin microphone. 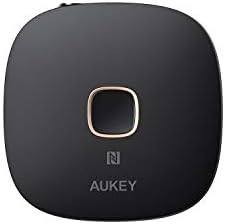 I have similar needs (Windows, open plan office, Skype calls, wish for noise cancelling headset, wireless so I can grab coffee while working at home) and I was really excited about a new Logitech Zone Wireless Plus headset which was announced earlier this year and seems to have come out now: here’s the comparison page - https://www.logitech.com/en-us/product/bluetooth-headset-zone-wireless?crid=36#section-product-hero

At work I have a Windows notebook that has Bluetooth but if I use it with any of the Bluetooth headsets I own, apparently I sound like I’m in a tin can orbiting Mars. My airpods work as headphones with this notebook but I can’t get the microphone to work. I’m done fiddling around with this, and if I ever got any Bluetooth headset to work I don’t have any confidence that it would continue to work indefinitely.

My hope is that this Logitech headset would work as well as the mice with the Unifying receiver on Windows and I could connect it with my Mac via Bluetooth. The receiver is a bit bigger for the headset as it has audio functionality as well as mouse and keyboard. Does anyone have experience with this headset?

This might not be workplace-professional in all places of work, but I started using gaming headsets. The sound is much better, and the microphones tend to be better as well. Steelseries makes many options, some of which are wireless with a receiver dongle. Since they’re over the ear, while they’re not noise-cancelling, they are noise-blocking and I’ve been quite happy with sound isolation. The range on the wireless dongle is also very good. I have an Arctis 7.

They also function well as headphones if you need to be sound-isolated at work via music or background noise tracks.

Since they’re over the ear, while they’re not noise-cancelling, they are noise-blocking and I’ve been quite happy with sound isolation. The range on the wireless dongle is also very good. I have an Arctis 7.

This sounds like a great suggestion. Does the Arctis 7 wireless dongle require a driver installed on the laptop? Or does it just work when it’s plugged in?

(I bought one of the other recommendations, but on the ears they were very scratchy and had poor build quality. So the gaming headset idea is intriguing.)

There is a driver app. But I was using them for a year before installing it. I can’t remember why I ended up installing it. I think it’s because I was always having to manually switch audio settings to use them and was hoping that the app would allow me to set up a trigger for it with Keyboard Maestro (no dice). I ended up buying a USB adapter hardware switch to turn the dongle on and off (my Mac automatically switches to them when it sees they are there).

Thanks for your help @bryanc.

My Arctis 7 arrived today. I plugged the dongle into my client laptop, turned on the headset, and it just worked. Out of the box with zero configuration. I’ve already been on Teams calls for 3 hours since I got the Arctis. The quality is very good.

Thanks to everyone on this thread for your help!