Soooo I’ve mentioned elsewhere all the good I think of the LYT workshop and Nick Milo was kind enough to think that my workshop presentation for writing fiction was worth publishing. If you want to see a writer in his native habitat also playing part-time marine biologist and speaking with a true Monty Python accent using Obsidian to devise stories (now that’s oddly specific), here goes.
(More seriously, I think that could be useful for many young writers. 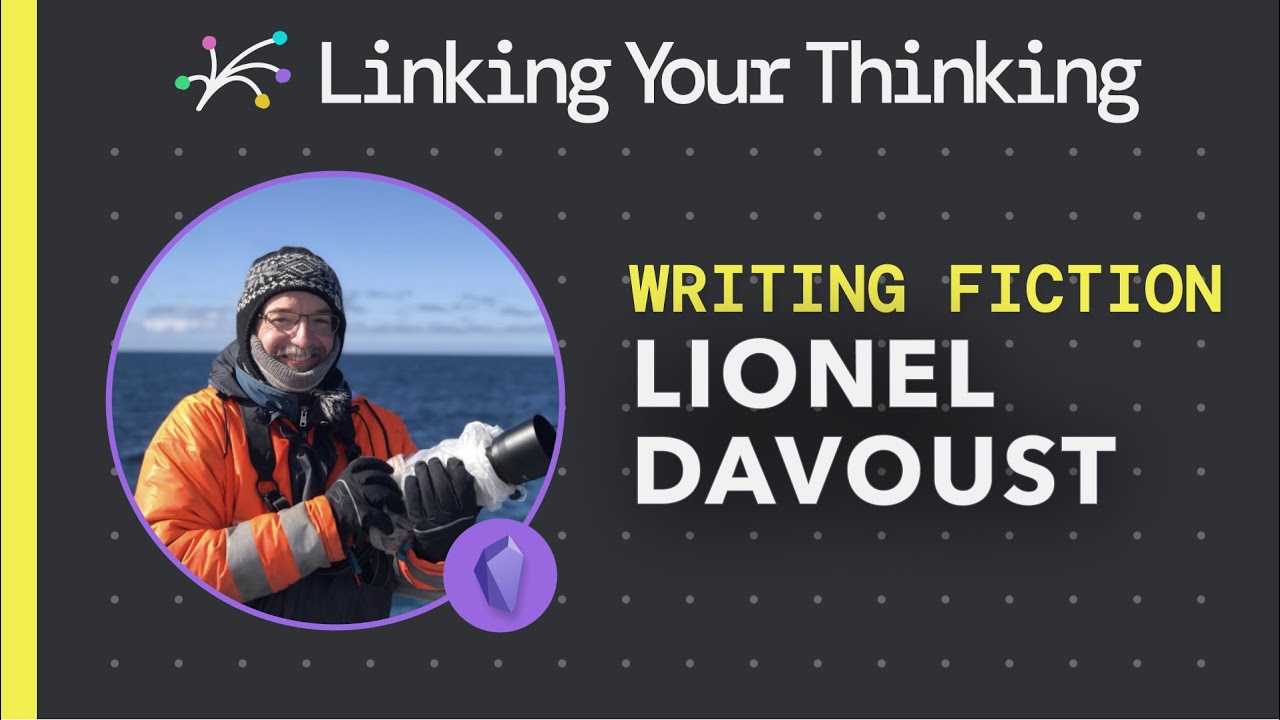 You sound great! I’m not finished yet, but you hooked me at “tesseract.”

Ahaha my years of math have not been wasted!

Thank you very much! It was funny because I seldom hear myself speaking English and (as we probably all do) I thought I had way, way less accent than that.

My brain is not firing on all cylinders today. I read the above phrase and thought to myself “He managed to get Obsidian to speak with a British accent?”

Because I was thinking “Monty Python accent” == “British” and misunderstood “using Obsidian” as modifying “speaking with”.

I may need a nap.

Okay, now I want John Cleese to be the voice of Siri.

I thought I had way, way less accent than that

Maybe every one else has an accent, and you don’t.

Have you encountered anyone in the workshop doing research or hard science?

Have you encountered anyone in the workshop doing research or hard science?

Yes, there were a few scientists and researchers. I can’t tell you exactly what they did, but a few other capstone projects have been posted on Nick Milo’s channel if you’re curious.

Bookmarked for later viewing. Looks like a fun and useful presentation.

I’m not using Obsidian; I’m using Craft. But I expect the principles are similar.

But I expect the principles are similar.

Absolutely. I am actually constantly eyeing Craft, so beautiful and native – but I know Obsidian so well at this stage (and it has E2EE) that I think I’ll stay there.

Okay, now I want John Cleese to be the voice of Siri

Ooh, ooh, I have the perfect Cleese phrase for Siri. After it has failed to deliver anything useful to a query/command and mindlessly asked you to repeat, the second failure should be met with…

And now I shall taunt you for a second time.

@anon85228692 that was great! I started a time travel novel using just Word and Excel, which now makes me think “quel horreur!” - I put all the scenes titles in Excel to shuffle them around into 3 story arcs.
After that I discovered Scrivener, and then Aeon Timeline. Anything I do in these two tools is instantly fun. I have seen the posts about Obsidian and Zettelkasten, seems like I need to investigate. I’ll also check out your novels.

Are you French? (or do you read French?)
Excel does work well for outlining, I have a few colleagues that work that way. It’s like the good old index cards. I would however argue that writing in Word is indeed just going to make you miserable

(even though I also have colleagues that do so… quelle horreur indeed!)
No matter what: have fun!

Haha, French is my 2nd language but I misgender everything as you can probably tell. Scottish, moved to London then the USA, so I have lived with having a different accent than the folks around me for a long time now.
My description of the issue with Word is that it’s linear and monolithic. It’s fine if you can write the whole story in narrative order, but who can do that nowadays? Scrivener allows you not only to shuffle and rearrange scenes but to write whatever scene currently has your attention or might be most fun, while identifying the scenes that you’re struggling with for when you feel like tackling them. Then you can assign all kinds of metadata and color codes to scenes and filter accordingly, for example to read one story arc on its own.
All the same, that’s just the story part. The backstory / worldbuilding is where you need something like your own personal Wikipedia to document your world, and that’s where Obsidian and Zettelkasten look like they add value.

The backstory / worldbuilding is where you need something like your own personal Wikipedia to document your world, and that’s where Obsidian and Zettelkasten look like they add value.

Yes, absolutely. I had been looking for such a tool for years (been working on my various worlds for over 20 years), and it’s a marvel to use. Even more important, it not only does not break flow, it sustains it. The more I use it, the more I think this is it. It’s not native, it has quirks I wish it did not have but boy, how powerful and insanely flexible that thing is!

(Nope, you were gendering horreur perfectly!

Ah, love the Scottish accent, so beautiful! Even though I don’t always fully understand it I’m afraid

I use the British Male voice on Siri. It improves accuracy of Siri understanding me and I have no clue why. But it’s not quite like John Cleese. Although I might even pay for a Cleese voice add on.