My company takes a sensible attitude toward upgrades. They go slow, and test everything thoroughly, before making the leap.

That’s the right attitude — but frustrating for a guy like me who wants the new toy right away!

This morning I came in and found a message that we’re going to be eligible to upgrade to Monterey Saturday.

Should I do it, or should I just hold off longer? I can’t think of any compelling reason to upgrade, but all the Monterey discussion was months ago and maybe I’m forgetting something.

If you’ve upgraded, what are your favorite new features and capabilities?

I’ve already got the new Safari, which is a download independent from the OS itself. It’s fine. I kind of prefer the old way of doing bookmarks but it’s no big deal.

Focus would be nice (I’m still on BS). 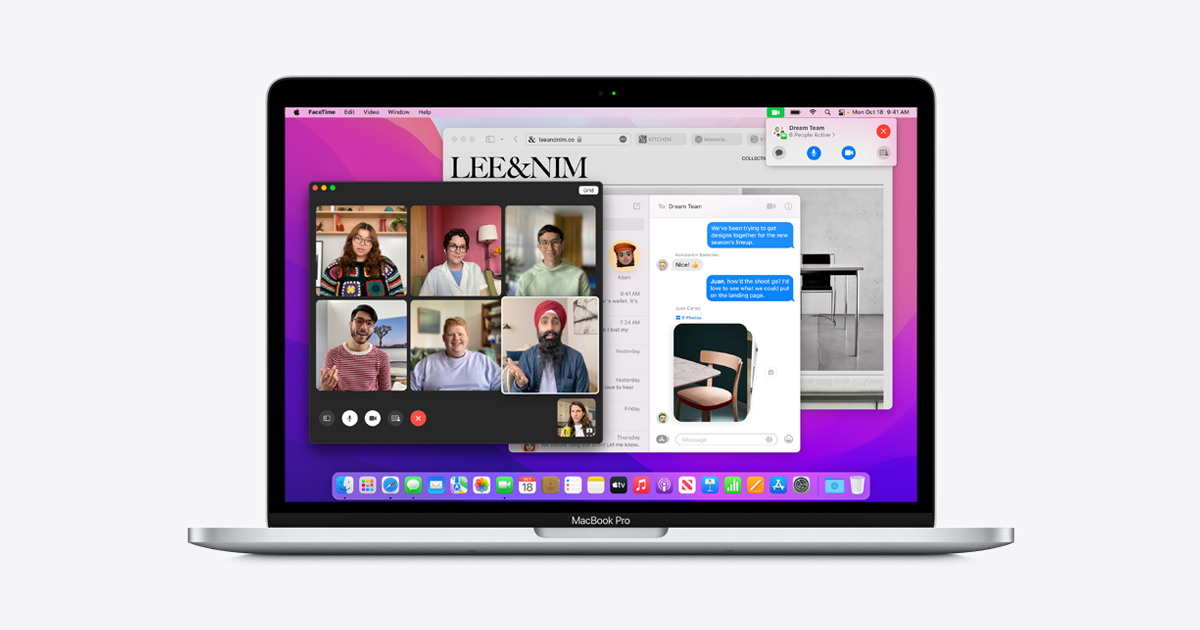 See all the new features available with macOS Monterey.

Correction: make that 12.2, etc… I’m one of those iPad first types. My problem is Mac Safari

Seems that Safari not loading some sites goes back well before Safari 15.

Echoing @anon41602260 in that it wasn’t too revolutionary of an update. I think Focus modes, Low Power Mode, and better Go To in Finder were the highlights for me.

I have experienced a bug which apparently was first seen in the beta and is still not fixed. In Safari, if you click a link that is supposed to open a new tab or window, instead it opens a new start page. However I found a fix for it:

I noticed my original Airpods now work reliably with my MBP.

Photos now recognizes not just a cat or a dog but takes a stab at guessing the breed and has an icon to open a wikipedia page. Without a size reference, it thought a golden retriever puppy was a great pyrenees and can’t tell a rough collie from a sheltie. It also recognizes flowers but not butterflies apparently.

Giant leap backwards for the Books app. The table view where you can edit metadata is gone. I can’t see how to edit metadata at all. I use Books for PDF manuals for software, hardware and household appliances, but I also have some fiction and non fiction. A fundamental first organizational divide in a library or bookstore is to separate the fiction from the non fiction, but this has never been the case in the Books app. When sorting by Author, Apple-authored manuals appear between Andre Norton and Arthur Conan Doyle. Worse, sorting by author is a random mixture of alphabetical by first name and alphabetical by last name.

Hiding metadata is one of Apple’s worst antipatterns in my opinion, and it’s sad to see Books getting worse rather than better.

Have you tried calibre?

Brave in any case is a good option as long as you tweak the settings. It’s my first browser.

I did a few years ago. I like to use OS apps when and where possible so switched to Books when it arrived. Also I hated Calibre’s old school graphic design back then. It’s not often I abandon an app on grounds of appearance but this was an example. Books syncs across my devices so when I need an appliance manual I can find it on whatever device I have handy.

What’s your experience with Calibre nowadays?

I don’t use calibre often, but I find that it does what I need it to do (organize books and edit metadata, while having all the epub files stored in OneDrive). The UI was and is still a bit ugly but it get the job done, at least for me. Reading an epub using calibre’s packaged ebook viewer is a decent experience. Not the most eye-pleasing thing by default, but after tweaking the settings a bit, it works well for me.