The Stream Deck has become a central tool for many who use automation tools on their Mac. This week, Stephen and David dive into the device's hardware and software, explaining what makes it such a versatile device, before sharing their own uses for...

Your Honor, I object!

My email wasn’t supposed to sound threatening! I only said that, like Connected, maybe MPU should have a “line of succession” ready “just in case” anything happened to one of the hosts.

I mean, after all, David’s state keeps catching on fire, and Stephen’s is apparently covered in ice. You can never be too careful.

You never know when the icy (or fiery) hand of death might come for you.

So far there’s been no problems whatsoever with Connected’s contingency plan, and I just thought MPU should have the same safeguards in place, because it’s a nice podcast, and it would be a shame if anything happened to it. Or David. or Stephen. When they least expect it.

If, like me, you can’t afford a Stream Deck, I suggest checking out the Metagrid and Metapad apps from Metasystem.

Editing to add that it includes Keyboard Maestro support.

I thought this morning that I haven’t touched my Stream Deck in ages. Don’t even have the app loaded. I guess I need to listen to this episode.
Actually I just rediscovered that you can use it lying down. It might be better to mash buttons, rather than poke at them and have the thing sliding away.

One cool Stream Deck utility that might be of interest: 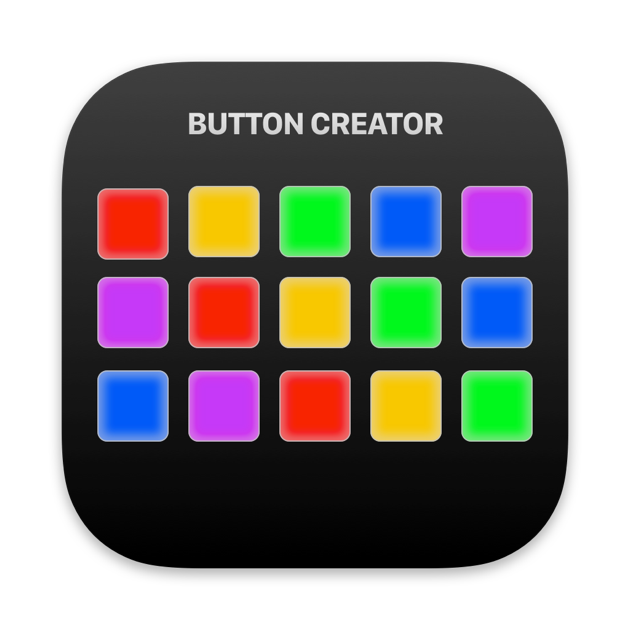 ‎Button Creator is the quick and easy way to create graphics to use with your Stream Deck. Choose a solid color or a linear gradient as the background. Choose from 2400 predefined icons, any emoji, or supply your own image file as the...

Button Creator is a Mac app for quickly making button icons for Stream Deck. It lets you quickly combine a background color, SF Symbols, emoji, text, etc. It’s pretty limited, but is super fast and convenient. You can obviously use it to make icons for all sorts of things in addition to Stream Deck. Here’s a profile I made using mostly Button Creator for processing my inbox in 2Do. 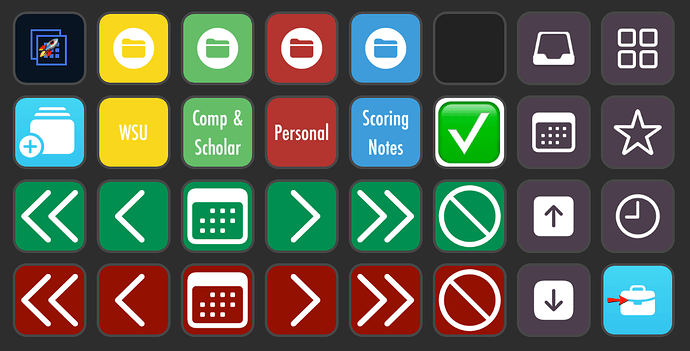 Great episode. Definitely tempted on the Stream Deck. Would be using it on my work Windows laptop, mostly with Teams, Outlook, and Office, as I don’t really have any use cases with my personal MacBook Pro. Realize it is somewhat off-topic for MPU, but if anybody has any recommended podcasts or YouTube channels for Stream Deck usage on Windows or with Microsoft Apps, I’d be very curious. Thanks!

Ok. Just ordered the 32 button. Might as well get it done. I have 14 days to return if need be, but doubt that will happen I’ll listen tomorrow.

As much as I’d love to play with a Stream Deck, I already have a bunch of Keyboard Maestro macro palettes that pretty much does the same function of a Stream Deck.

When I bring an app to the forefront, it will show app-specific macro groups as floating palettes. When I switch apps, those palettes disappear.

I can also invoke certain palettes with a hotkey to make them appear on command.

I’ll get around to getting a Stream Deck eventually but Keyboard Maestro’s floating palettes mimics the Stream Deck for now.

Metasystem looked great as I have an old iPad Air that’s doing nothing.

As shallow as it sounds, there is a satisfying feeling pushing a stream deck button. I also like not having to remember a specific keyboard shortcut or losing screen real estate. All justifications aside, I just wanted to play with a stream deck.

I wonder, if you combine app specific floating palettes, and a stream deck you could have “one button to rule them all”.

I really enjoyed this episode, very tempted by a Stream Deck! Not a trivial amount of money to spend tho.

I can def see the advantage for HomeKit actions. I was wondering for other actions, what kind of thing do people think lends themselves well to being Stream Deck vs being Alfred workflows?

Ugh. Why do I listen to this podcast? It is going to run me out of money. This is my second stream deck as a result (for my home office).

David was wondering why Elgato is so good. Elgato comes from the Apple world in Germany. The founder, Markus Fest, was the original creator of the Toast burner app and founded what became Elgato in the late 90s. When he made Elgato its own company, he brought in a CEO from Emagic (original German makers of Logic Pro.) A bunch of people have worked at Apple/Emagic/Elgato, as well as Eve which was split off several years ago.

Also, Elgato made a lot of forgettable products in the aughts and early teens. Persistence pays off!

There are alternatives to the StreamDeck, MetaGrid mentioned above.
There are also physical devices, if you like real buttons (I do).

Search around for macro pads, and you’ll see lots of options from the gamer and mechanical keyboard communities. 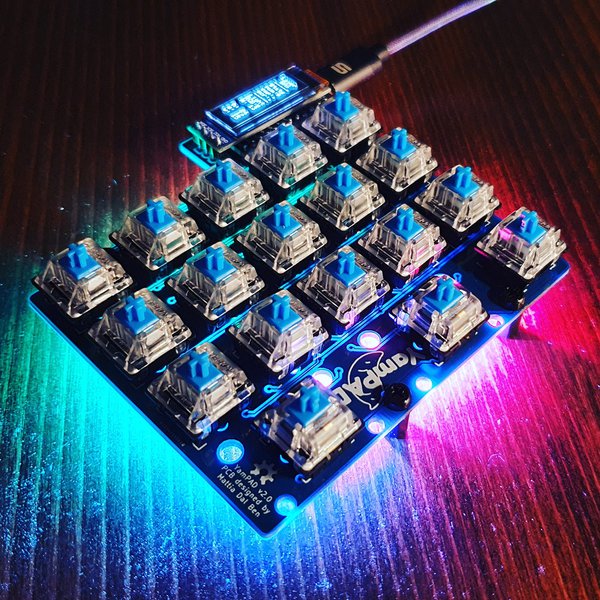 The Yampad is a Macropad/Numpad which uses Cherry MX style mechanical switches laid out in the usual numeric pad layout. The only difference comes from the bottom row, which uses a 4 keys configuration, thus enabling the use of the macropad as a nav...

Some even have knobs: Enter the Zima: A twelve key macropad the size of a creditcard, that can double as a numpad. The Zima is feature-packed, letting you experience many aspects of what QMK has to offer in a beginner-friendly package.

Or for a low dough solution, a numeric keypad might do you. 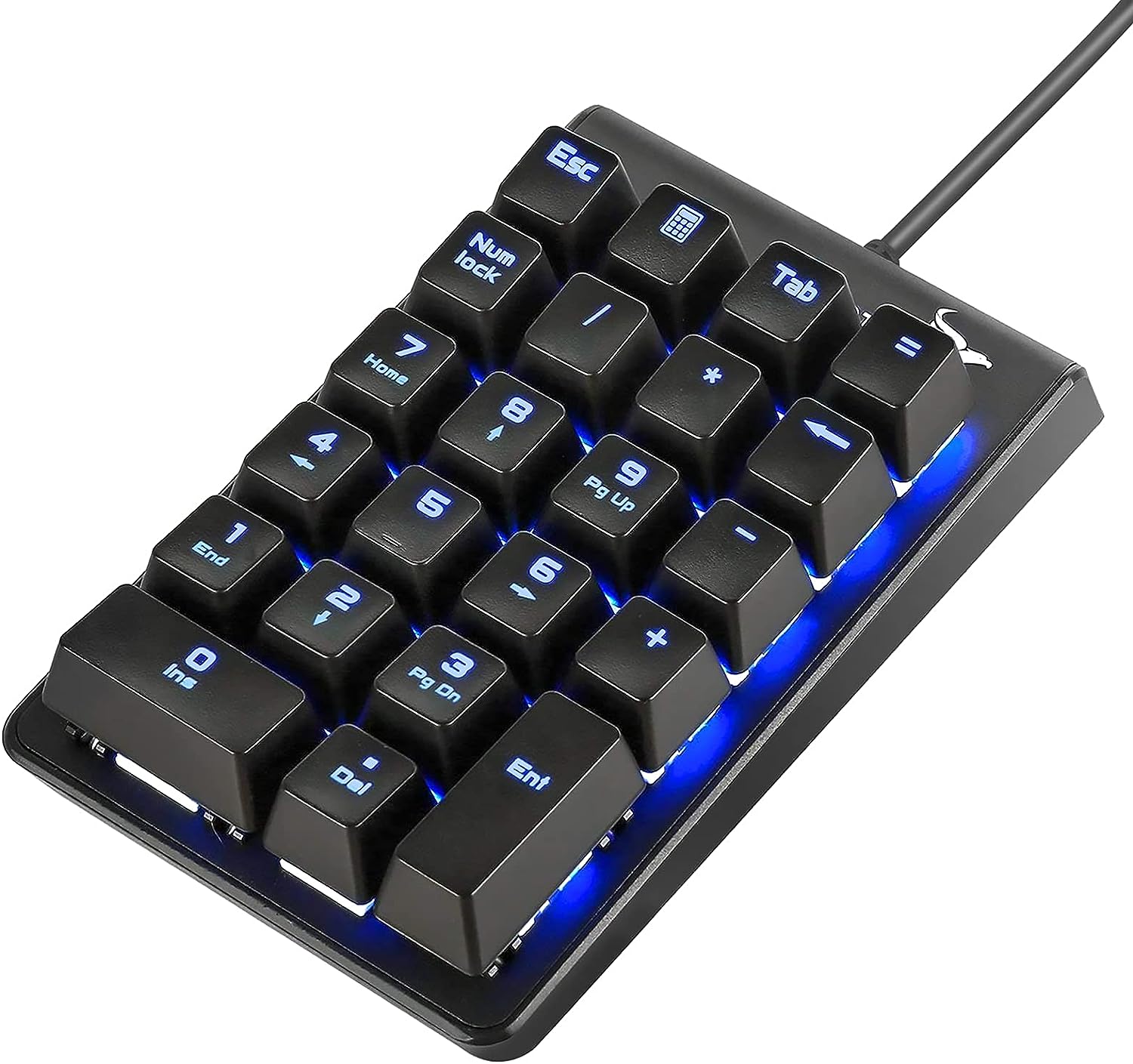 Who would have two large Stream Decks?! That’s absurd. No one needs that many buttons. 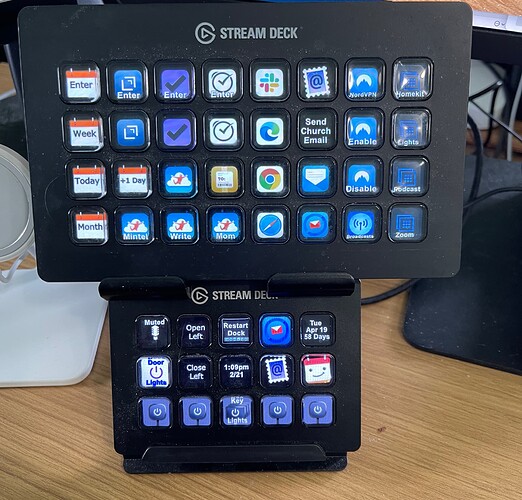 (The big one has multiple profiles, too.)

If you get enough of these, you can get rid of your keyboard.

I’m guessing the buttons aren’t quite designed for the number of actuations that would put on them, but purely theoretically two large StreamDecks would effectively function rather well as a split ortholinear keyboard. And you’d never have to buy custom keycaps.

Not that that stopped apple with the butterfly keyboard!