A Tale of Two Woes: Reckon my iPad Pro is done for?

Out of the blue, WiFi shut down on my iPad Pro 11” (2018) last night. Option for WiFi greyed out in the settings panel. I wasn’t too concerned at first. Rebooted. Reset some things. No joy. Started to worry. Even more so when I plugged it in to charge and got no charge indicator. Hm. Tried everything to resolve the charging issue— different cables, different power bricks, cleaned the USB-C port; everything. No dice.

I should say that I was running 14.5 pb1 at the time. It just so happened that 14.5 pb2 appeared in my updates screen, and had already downloaded itself in the background. WiFi came back randomly just as I resolved to install that update; I went ahead nonetheless, hoping that the issues I was seeing would be magically resolved.

An update cycle later, I had an iPad Pro on 14.5 pb2 that still wouldn’t charge, but was now also rebooting itself every 5-10 minutes or so. Battery also seemed to be running down faster than usual; I was pretty much watching it bleed power, and closer it got to 50% the worse the situation felt. No response to charging cable also meant no plugging into another machine to restore from a back-up. Stuck.

That’s pretty much where the story ends, for now. I erased it and reset to factory settings, hoping I could restore from an iCloud back-up, but couldn’t get it past the language setting screen without it rebooting and starting over again. I’ve managed to power it down, so at least it’s not bleeding power so quickly, but it was already down to 50-something percent power before I (somehow?) broke the reboot loop. So it’s not looking hopeful.

All I can think is that I got hit by a failed charging port AND a bad beta installation at the same time. Really didn’t need quite this compelling a reason to look out for March iPad upgrades…

1 Like
iCloud aggressive storage optimisation vs DevonThink/Dropbox or other third-party storage solutions?
wiredfractal February 20, 2021, 9:31am #2

Been dealing with these kinds of problems since I started to play around with iOS beta and hasn’t deterred me.

You mentioned that the charging cable won’t work but assumed that the device won’t connect to a machine. I wonder if you ever did connect the iPad Pro with your Mac to see what will happen.

I’ve experienced this in one of the betas. Sometimes button doesn’t even worked or cables or combination of both. Plugging it on the Mac always let me restore it via pressing the sleep+home button or via Finder. Good luck!

Thanks for the welcome! Plugging it in: yep, tried that when I realised how serious the situation was. No joy there.

I’ve trialled a lot of iOS betas in my time and never experienced anything as crippling as this. If it was the beta that took down my USB-C port, I’d be a lot more cautious about my use of betas in the future! Can’t say it was that for sure, though. Current working theory is that I was just really unlucky…

The acid test is what happens if you revert to 14.4 - if you even can.

Have you tried putting the iPad in DFU mode, and a full restore from there? 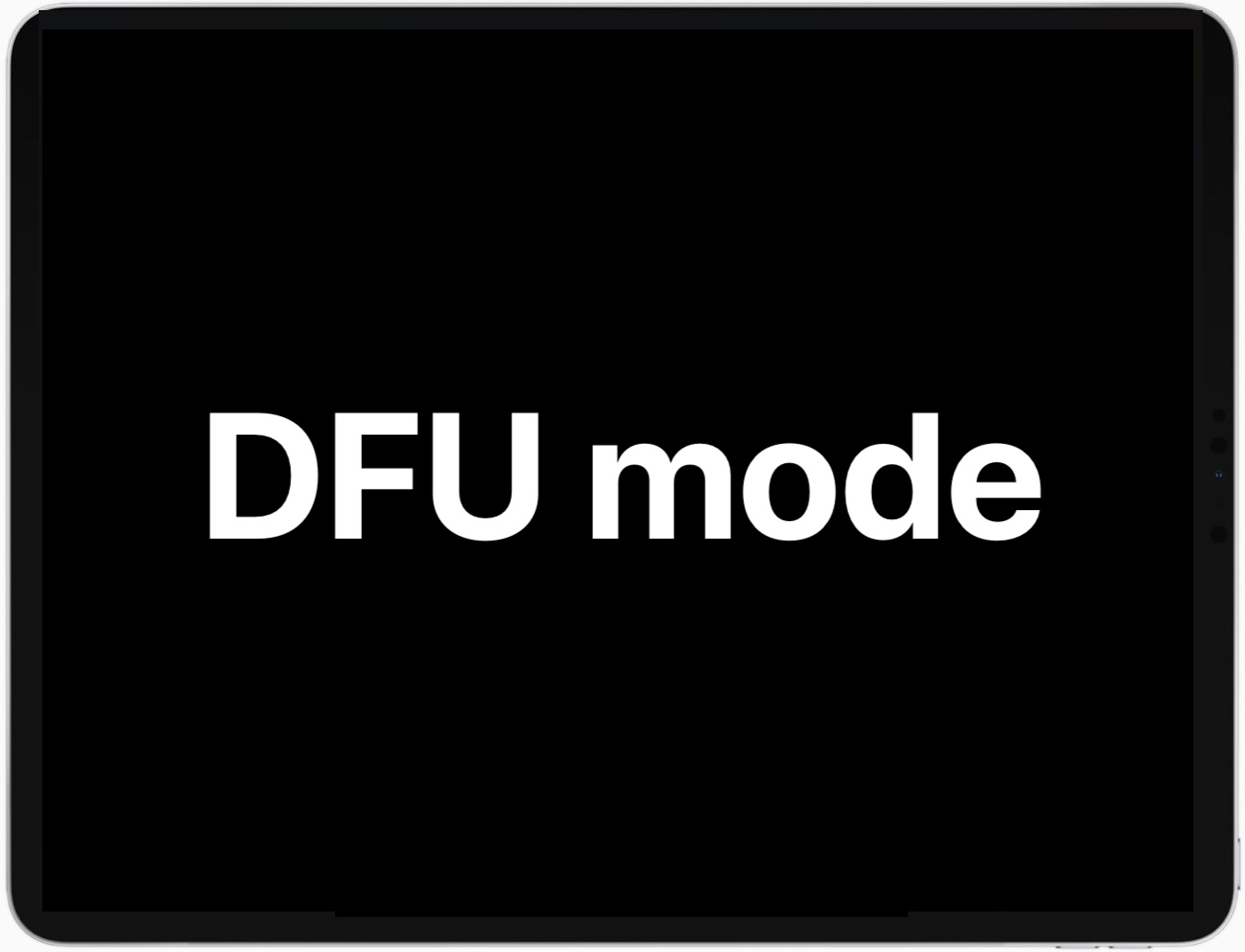 Sometimes, an iPad Pro must be placed into DFU mode as a troubleshooting step before being able to restore the iPad Pro. DFU stands for Device Firmware Update and DFU mode is basically a lower-leve…

One thing I noticed yesterday: I tried connecting the iPad to a MacBook (USB-C → USB-C). The MacBook seemed to recognise the iPad as a power source— it showed a charging indicator, although it also showed a message to say it wasn’t charging. So the port isn’t completely dead? DFU still wouldn’t work, and the iPad ignored the Mac— no charging indicator on that side. Also, having it plugged into the MacBook ran the battery down. I’m now at 24%. Stumped.

I’m appreciating all of the suggestions, nonetheless (thanks to @MartinPacker also). Also learning to appreciate my iPad Mini again…

Have you tried a chat with apple support? I know it’s a 2018 device, but maybe they have come across this before and give you some pointers?

Thanks for the follow-up. Yep— tried Apple Support on the second day when I realised I wasn’t going to rescue the situation either through my know-how or some act of random magic! Support chat had me explain the situation at length, then said I’d need to take it in. Problem was, there were no appointments available, and soon after, the battery died. Half hoping I’ll be able to take it somewhere when the pandemic lifts and someone’ll be able to figure something out, but I’m making peace with the reality that it’s probably just an expensive paperweight now.

Accessing iCloud device backups (without restoring)… is it possible?