I am not an Eero customer, though I’ve been thinking of getting one. Not sure if this changes my mind but worth discussing. 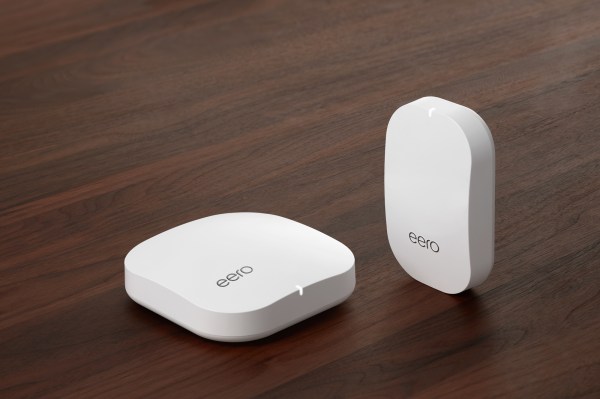 Amazon is about to expand its smart home offerings in a big way. The company just announced its intention to acquire Bay Area-based home mesh router startup, Eero. It’s a pretty clear fit for the online retailer as it pushes to make Alexa a feature...

Not sure how I feel about this yet. I wonder if this will affect the iOS app at all since Amazon/Apple don’t seem to be the best of friends (but maybe that has changed since Apple Music is now on Alexa).

That being said, maybe Eero needs the muscle of Amazon to blaze forward in features (there are a number I want…like the feature that would allow me to plug in my login credentials for my fiber connection, thereby getting back my advanced controls instead of just using in bridge mode).

I don’t want Alexa / Amazon / Bezos sitting on all my routers and access points listening to all the data flowing back and forth inside and from / to my home network. I’ve been very satisfied with Eero but will shut them down and chuck them out as soon as this deal closes.

Ugh. Not thrilled with this news.

Not happy to hear this. Time to start looking for alternates on this forum.

Could be worse. They could be getting bought by Facebook.

I purchased an Eero (second generation) last year and have been really happy with it. The iOS app, coverage, and setup are all top notch. I also recently subscribed to Eero Plus, which has been great so far.

I’m a little leery of the Amazon acquisition. I wonder if they’ll continue to maintain the same high quality of the iOS app and if this will impact Eero Plus. Time will tell.

Hopefully this will see Eero have more resources to sell their well regarded products internationally now.

You’re not the only one.

I was thinking seriously about purchasing an eero setup. Not sure now. I was given an Echo for Christmas and haven’t set it up yet. I like privacy.

I am not at all pleased to hear this news. I am a relatively recent Eero convert as well and am happy with the product. I even signed up for Eero plus, which is not all that hard of a sell since at $99 / year it’s not that much more expensive that I was paying for my 1Password subscription which is included with Eero plus.

With Amazon owning Eero, I think there is little doubt that this will give Amazon unlimited access to track all of my network browsing, which is the main reason that I did not go with the Google home product.

Unless there is some believable assurance that Amazon is NOT going to use the Eero system to record all of this data, I will probably switch over to the Synology RT2600AC, especially now that Synology seems to have a mesh extension and hopefully software update for this purpose.

Despite my joke about Facebook, I have to say that some people’s reactions to this news seem way over the top. I’ll admit that if I were making this choice from scratch today it might have pushed me to go with Orbi (it was a very close call anyway), but I’m nowhere near the level of alarm that would lead me to get rid of my working eero system. If Amazon actually starts sending private data from people’s networks back to their servers, then dumping hundreds of dollars of networking hardware and switching to a different system would be justified. Doing so just because they bought eero?

Sad state of affairs when we have to be thankful that the lesser of two evils did the buying, lol

Anyone who wants to get rid of their eero stuff is welcome to send them to me. I’ll even pay for shipping.

I’m in the camp of not owning it primarily because of the lack of international sales, and now less likely to get it because of nervous speculation about the future.

I doubt this would have made me get rid of a working set up, though.

I plan to keep the eero equipment I have running for the time being. Should the Amazon start collecting data in a way I dislike, I will consider a change.

I’ve been waiting for Wi-Fi 6 Certified mesh routers to be announced (or announcements about updates to current gear).

With Apple itself tacitly recommending Linksys Velop systems (as the only mesh products they resell), and with competitive products considered to be as good as eero (eg Ubiquiti AmpliFi HD, Netgear Orbi), I will probably end up choosing something other than an Amazon or Google replacement for my Airport Extreme/Expresses network.

Although Amazon says it’s committed to not tracking or snooping on eero (or eero plus VPN) data, that can always change. Facebook said in 2014 it would not use Whatsapp data, but three years later they are by commingling that user data with Facebook and Instagram data, with only German trying to stop them (albeit in Germany only). Amazon - the company aggressively marketing facial recognition systems to law enforcement around the country, eager to sell IOT devices with cameras in the bedroom, and whose Android Fire Phone allowed third party applications to install digital certificates without user interaction - has never been an exemplar of privacy advocation. 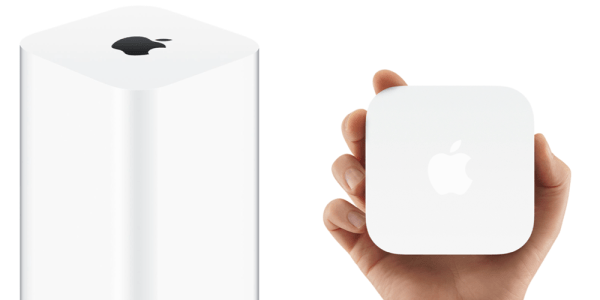 Comment: With eero acquired by Amazon, who is the Apple of routers?

Amazon announced today that it is acquiring popular mesh Wi-Fi company eero, with a focus on integrating its smart home technology. This announcement comes almost a year after Apple officials exite…

I think amazon will leave eero alone just as they have left Blink alone. In Blink’s case, I’m not sure if that’s a good thing because I find that their customer service has become worse than before. Eero have one of the best customer service and I hope they can keep at it that way but history is not assuring me.

I’d do the same but the financial hit of selling and buying an alternative is more than I think I can bear right now.